A section of India supporters heckled Smith over a ball-tampering scandal last year that embarrassed Australia. 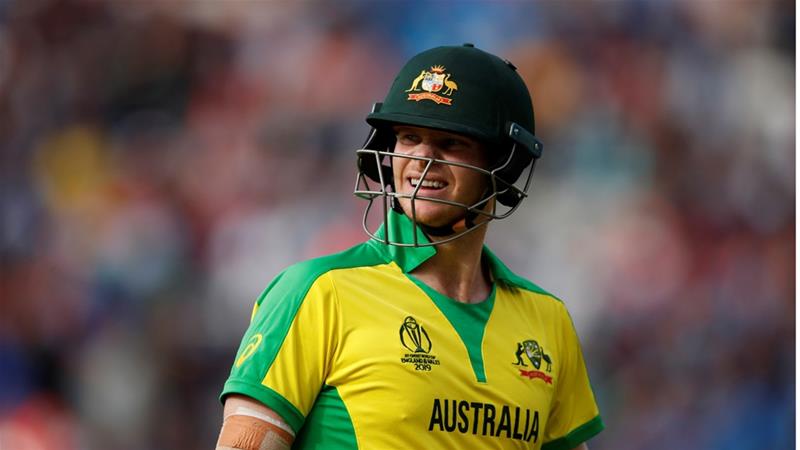 Cricket captain Virat Kohli won a match and hearts with his sportsmanship after silencing Indian fans who booed Australia’s Steve Smith in a World Cup contest at the Oval.

Smith and teammate David Warner have faced hostile crowds since returning from year-long bans for their roles in a ball-tampering scandal in South Africa last year.

A section of the predominantly Indian crowd at the Oval in London booed Smith on Sunday when the Australian was stationed at third man.

Kohli, who went on to score a typically fluent 82, walked towards the crowd with his hand raised to draw their attention, gestured that they should applaud the Australian instead of booing him, then walked back to resume batting.

The International Cricket Council shared the video on its Twitter handle calling it “absolute class”.

With India fans giving Steve Smith a tough time fielding in the deep, @imVkohli suggested they applaud the Australian instead.

“I think what’s happened has happened long back. The guy is back, he’s trying to play well for his side… It’s not good to see someone down like that, to be honest,” Kohli told reporters.

“We’ve had issues in the past. We’ve had a few arguments on the field. But you don’t want to see a guy feeling that heat every time he goes out to play.

“What’s happened has happened. Everyone has known that. He’s come back. He’s worked hard. He’s playing well for his side now.”

Smith’s 69 was the highest score in Australia’s unsuccessful chase against India who won the high-scoring contest by 36 runs.

Kohli said he apologised to Smith for what the India fans had done.

“There’s so many Indian fans here, I just didn’t want them to set a bad example, because he didn’t do anything to be booed in my opinion,” added Kohli.

“So I just felt for him, and I told him, ‘I’m sorry on behalf of the crowd,’ because I’ve seen that happen in a few earlier games as well – and in my opinion, that’s not acceptable.”

The incident made the hashtag #SpiritofCricket trend on Twitter with many praising Kohli.

Wow. How good is this from #ViratKohli? Steve Smith is sent to field on the boundary, and immediately cops the most hideous boos from the Indian fans. So Kohli turns to that stand and gestures for them to clap Smith. #CWC19 #INDvAUS #SpiritOfCricket pic.twitter.com/eyMBCBVTij

#Kohli’s transformation as a batsman and a leader over the past decade has been phenomenal. #SpiritOfCricket, #INDvAUS pic.twitter.com/RHotFXUZvb

Great gesture from the captain @imVkohli won the game , won the hearts of ? cricket fans all over the world.#SpiritOfCricket https://t.co/1wbh1h1UUY