DAILY MAIL COMMENT: The Tory party is in the last-chance saloon. If MPs don’t unite behind Liz Truss, oblivion beckons – for them and Britain

As the Mail has said many times, this was a Tory leadership contest that should never have happened. We firmly believe Boris Johnson should still be Prime Minister and that it is to the eternal shame of many in the Parliamentary Conservative Party that they conspired with his enemies to bring him down.

Instead of standing by the man who had swept them into power on a massive landslide less than three years earlier, they succumbed to an outbreak of collective hysteria.

Cowed by a relentless Twitter tirade from the Left, a hostile broadcast media and the massed ranks of embittered Remainers, they betrayed their most potent electoral asset.

And for what? A string of political molehills that were cynically jammed together and fabricated into a mountain of humbug. 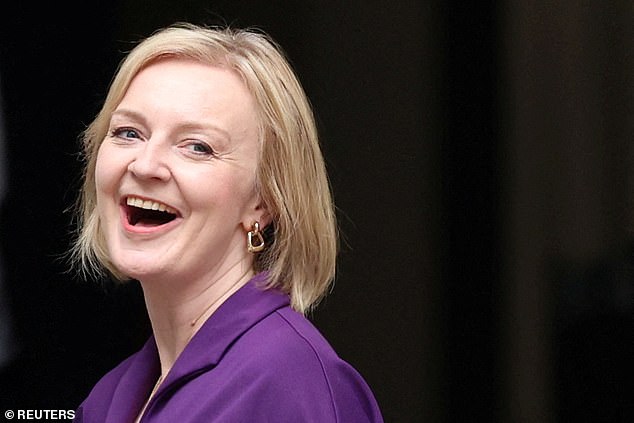 DAILY MAIL COMMENT: As the Mail has said many times, this was a Tory leadership contest that should never have happened. We firmly believe Boris Johnson should still be Prime Minister

In years to come, historians will be truly baffled that a birthday cake which never even came out of its Tupperware box could have been deployed as a lethal weapon.

Set against Johnson’s achievements — getting Brexit through, the vaccine miracle, defying Putin over Ukraine —his lapses were trivial.

The way he was treated by his own is an absolute travesty.

But here we are. After eight weeks, five ballots of MPs, 12 hustings and five television interviews we have a new Tory leader.

By a significant, if not overwhelming, majority the membership chose Liz Truss over Rishi Sunak. Today she flies to Balmoral, where she will be formally invited by the Queen to form a Government.

She takes office at a time when Britain’s problems are arriving not as single spies but in battalions. 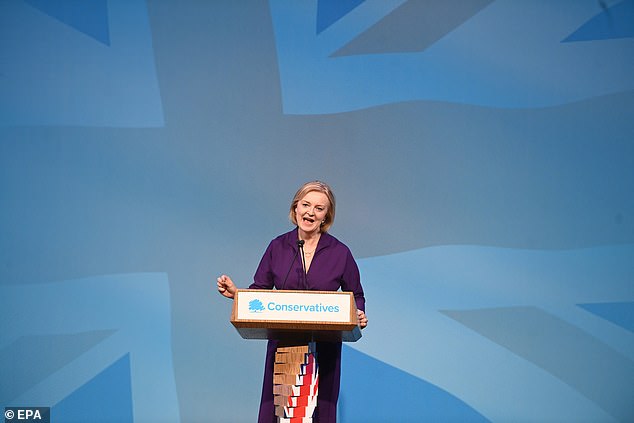 But here we are. After eight weeks, five ballots of MPs, 12 hustings and five television interviews we have a new Tory leader

From tackling inflation and the cost of living crunch to fixing our crumbling NHS, her in-tray is truly daunting. But if her words yesterday were any indication, she is up for the challenge.

Her delivery is still a little stilted but her message was clear.

After months of acrimony, her primary task is to reunite her fractious party in common cause. The hustings have been combative and often short-tempered. Throughout the campaign, supporters of both candidates have been guilty of spiteful negative briefing, which has served to widen divisions. That must end today.

The Conservative Party is in the last chance saloon. A general election is just over two years away — a brief window in which the Tories must persuade the voters that they are worthy of another term of office.

Unless they can park their differences and fall in behind their new leader, they are doomed.

Miss Truss must also play her part, of course. When Mrs Thatcher won an even more bad-tempered leadership campaign in 1975, she invited all four of her opponents from the final ballot into her Shadow Cabinet.

It is the kind of gesture that Miss Truss would do well to consider. Mr Sunak’s pride may be too bruised for him to accept (though we hope not), but all the others would be great assets to her administration. 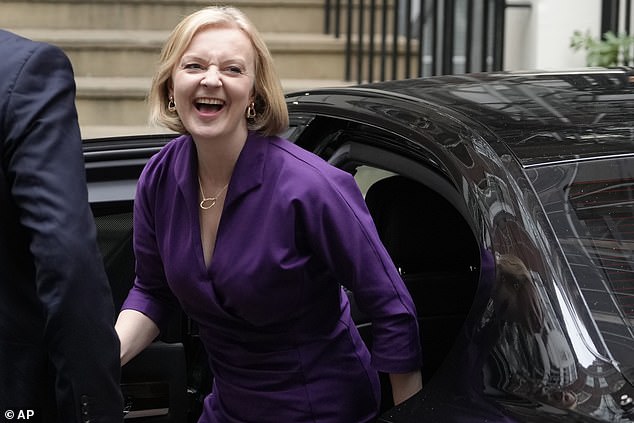 Unlike Labour, Conservativism has always been a broad and pragmatic church, which is why it has been so hugely successful for so long. It is also naturally diverse.

Miss Truss becomes the party’s third woman Prime Minister, while several of those who are expected to take up senior Cabinet positions — including Chancellor of the Exchequer — are of ethnic minority heritage.

Indeed, of the eight Tory leadership candidates, four were women and four from ethnic minorities. This happened not because of any quotas or positive discrimination, but purely on merit.

While Labour plays lip service to ‘big tent’ diversity, it is the Tories who make it happen. If you have talent, you will have opportunity.

Today, the party and the country need to harness every ounce of that talent. Quite apart from the cost of living, the NHS and social care system are in desperate need of reform.

There are culture wars to fight in our institutions and universities, a crime wave to quell and a levelling up agenda to kick-start.

The rail and public sector unions are gearing up for a winter of mayhem and a decision must be taken next month on whether to scrap the Northern Ireland protocol or keep working with Brussels for compromise.

Then there is the thorny problem of balancing our energy security against the pledge to make Britain a carbon-neutral economy by 2050.

Unless we want to see blackouts, or be for ever in thrall to oil and gas-rich despots like Vladimir Putin, the new PM must commit to increasing nuclear and domestic fossil fuel production. 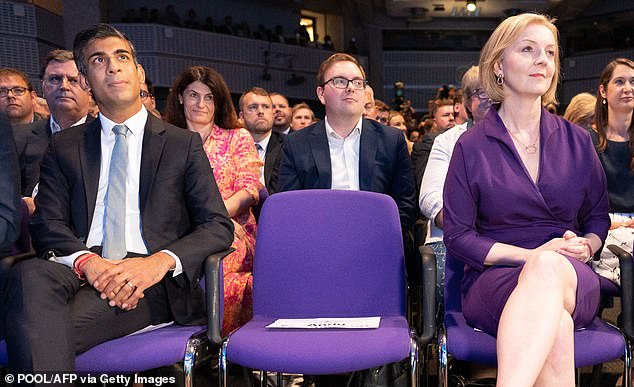 By a significant, if not overwhelming, majority the membership chose Liz Truss over Rishi Sunak

Labour is currently around ten points ahead in the polls. With a half-decent leader, the party would probably already be out of sight.

If Miss Truss can’t turn that around, oblivion beckons.

Sir Keir Starmer can scarcely hope to win an overall majority, but he could cobble together a coalition of chaos.

With the support of Lib Dems, Scots Nats, Greens and any other fringe party he could drag in, Sir Keir could become a lame-duck PM at the head of a shambolic minority government.

The stakes really are that high.

This is a time for calm heads and public duty, not self-indulgence and internecine squabbling.

In the hustings, Miss Truss made clear she would be looking for Conservative solutions to the country’s problems. This means reverting to a low-tax, small-state economy.

While promising targeted help and a possible energy price freeze to get us through the current crunch, she has pledged to scrap the recent National Insurance hike, green levies and forthcoming Corporation Tax rises.

Mr Sunak and the Treasury blob say this policy is ‘counter-productive’, and will fuel inflation and increase debt. But let’s not forget that these are the very people who have allowed UK taxation to rise to a 70-year high.

Such fiscal punishment is distinctly un-Conservative and simply cannot go on. By reducing the tax burden, the new Prime Minister hopes to stimulate growth and investment and raise consumer confidence.

Many economists also say it won’t work. But they said the same about Thatcherism. Their track record of being wrong is almost legendary. 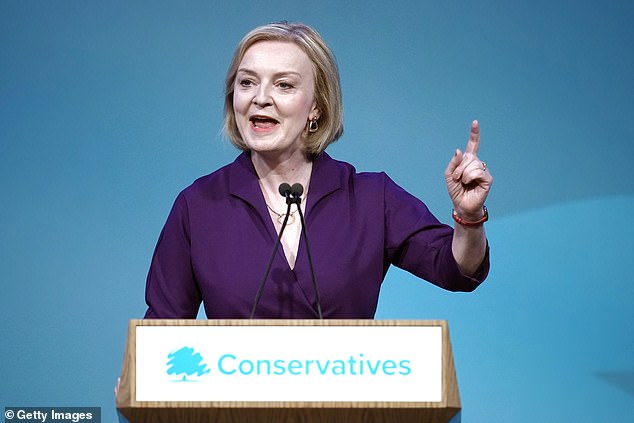 Miss Truss becomes the party’s third woman Prime Minister, while several of those who are expected to take up senior Cabinet positions — including Chancellor of the Exchequer — are of ethnic minority heritage

As the old joke goes: there are only three types of economists in this world — those who can add up and those who can’t.

Miss Truss is perhaps the most underrated Prime Minister in living memory. That can be used to her advantage.

The ghastly Twitter army is already on the march, labelling her stupid and out of her depth. And this about a woman with an Oxford degree and five Cabinet posts under her belt.

Yet this is just the start. She will face a deluge of unwarranted criticism and loathing from the Left, from the anti-democratic forces of Remain and, of course, the BBC.

Much of it will be vicious, untrue and misogynistic, but Miss Truss and the Conservative Party must have the strength and common sense to ignore this echo chamber of hate.

It’s hard not to draw parallels between Miss Truss’s accession and that of Margaret Thatcher. Both women were slightly awkward under the spotlight — but both had an honesty, a devotion to Conservative principles and a steely resolve.

When Mrs Thatcher was elected party leader in 1975, inflation peaked at more than 24 per cent and interest rates went above nine.

There had recently been an energy crisis even worse than the current one, and the country was beset by a wave of strikes. Plus ca change!

In her first conference speech as party leader, Mrs Thatcher asked: ‘What is the challenge of our time? I believe there are two: to overcome the country’s economic and financial problems, and to regain our confidence in Britain and ourselves.’

Those challenges are as true — and as formidable — today as they were then. But like her illustrious predecessor, with courage and the loyal support of her party, Miss Truss can overcome them.

The Mail wishes her every success.