Researchers in Israel have announced that they have found new fragments of the Dead Sea Scrolls for the first time in six decades, with the new artefacts dating back to the 2nd century. The discovery of more than two dozen pieces came during a several-year-long survey of all the caves in the area, carried out by the Israel Antiquities Authority (IAA). The new fragments, which are Greek translations of the books of Nahum and Zechariah, were found in the Cave of Horror in Nahal Hever, which is “flanked by gorges and can only be reached by rappelling precariously down the sheer cliff”.

A set of over 900 ancient Jewish manuscripts were originally found in the Qumran Caves in the Judaean Desert in 1946 and included the second-oldest known accounts of the Bible.

Almost all of the Dead Sea Scrolls are held by the state of Israel in the Shrine of the Book on the grounds of the Israel Museum, but in the Fifties, the Jordanian government gifted some of the fragments to Ronald Reed, a leather and parchment expert at the University of Leeds.

At the time it was believed these snippets were blank, but they were useful for Mr Reed to examine the physical and chemical composition before they were later donated to the University of Manchester in 1997.

But when Dr Joan Taylor visited the archives, she spotted a faint letter ‘L’ on one of the fragments while examining it with a magnifying glass. 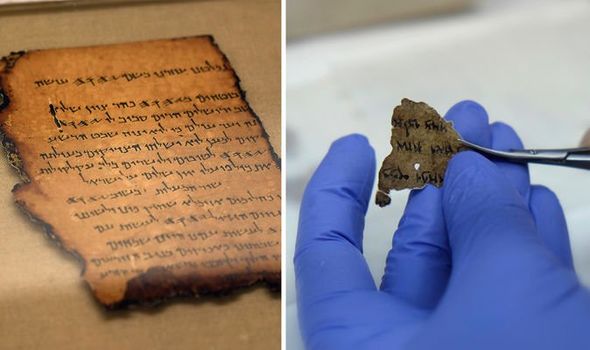 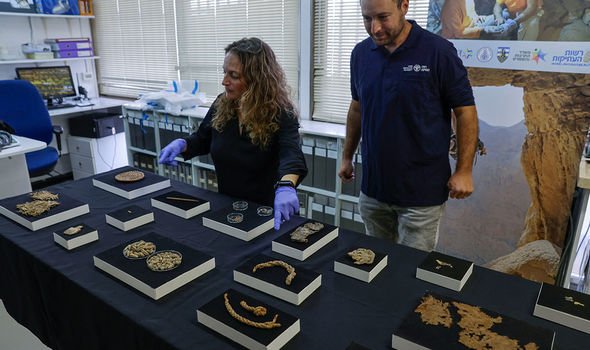 At the time, the Professor of Christian Origins at King’s College London said she thought she “might be imagining things, but then it seemed maybe other fragments could have very faded letters too”.

And her hunch paid off – one of the four fragments had four lines of text, with a total of 15 to 16 completely or partially preserved letters.

One word, “Shabbat,” the Hebrew word for “Sabbath,” was said to be clearly visible, and this clue, as well as several other letters, suggested that this fragment might be from the biblical Book of Ezekiel.

The expert then used state-of-the-art technology to photograph the pieces in the collection that were over 0.4 inches long — 51 in total to capture images of hard-to-see figures, such as the carbon-based ink on the scrolls.

In the end, she and her colleagues found that some fragments had ruled lines or vestiges of letters, but only four fragments had Hebrew or Aramaic text. 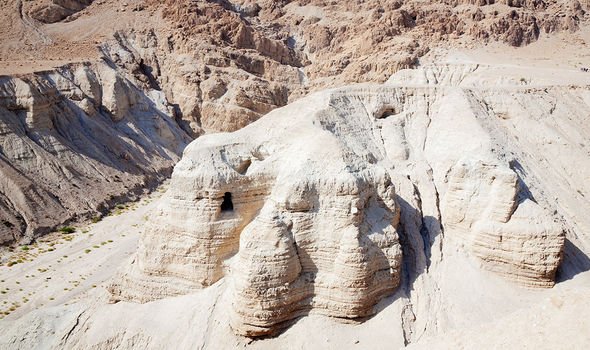 She said in a statement in 2020: “With new techniques for revealing ancient texts now available, I felt we had to know if these letters could be exposed.

“There are only a few on each fragment, but they are like missing pieces of a jigsaw puzzle you find under a sofa.”

University of Iowa classics and religious studies associate professor Robert Cargil noted that the “less sensational” pieces of the Dead Sea Scrolls “turned out to be the real treasures”.

He told Smithsonian Magazine: “Unlike the repeated scandals being reported at the Museum of the Bible, this discovery within the collection of the John Rylands Library is a reassuring success story about the use of new technological approaches in archaeology.”

The discovery makes the University of Manchester the only UK institution to own authenticated textual fragments of the 2,000-year-old Dead Sea Scrolls.

But this week’s announcement will only help experts to understand more about these incredible texts. 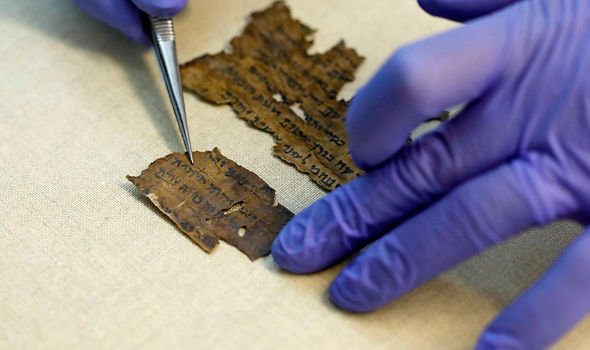 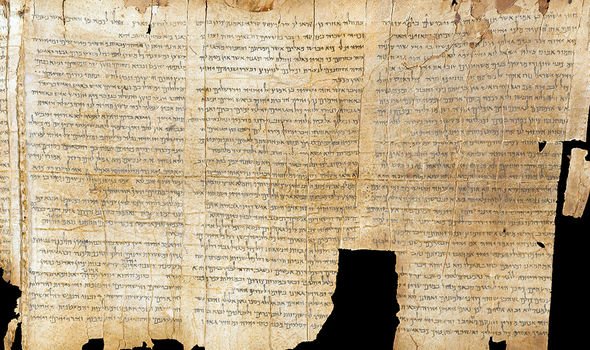 The IAA has been excavating caves across the Judaean Desert since a rescue operation began in 2017 and, so far, 50 miles has been systematically surveyed.

The recent dig was sanctioned due to fears that any remaining scrolls, which were left over from the original discovery by shepherds around 70 years ago, could be stolen.

Israel Hasson, director-general of the IAA, said: “For years now our most important heritage and cultural assets have been excavated illicitly and plundered in the Judaean Desert caves for reasons of greed.”

Mr Hasson went on to call the discovery a “wake-up call to the state”.

He added: “Resources must be allocated for the completion of this historically important operation.

“We must ensure that we recover all the data that has not yet been discovered in the caves before the robbers do. Some things are beyond value.”