In the clip from the interview, Trump is discussing whether he will give his financial statement to Congress with reporter George Stephanopoulos.

“At some point, I hope they get it cause it’s a financ—, it’s a fantastic financial statement,” he says.

Coughing can be heard in the background but the tycoon tries to carry on, adding: “It’s a fantastic financial statement.”

He soon has enough though and starts raging at Chief of Staf Nick Mulvaney.

“And…, let’s do that over,” Trump says. “He [Mulvaney] is coughing in the middle of my answer.”

“If you’re going to cough, please leave the room. 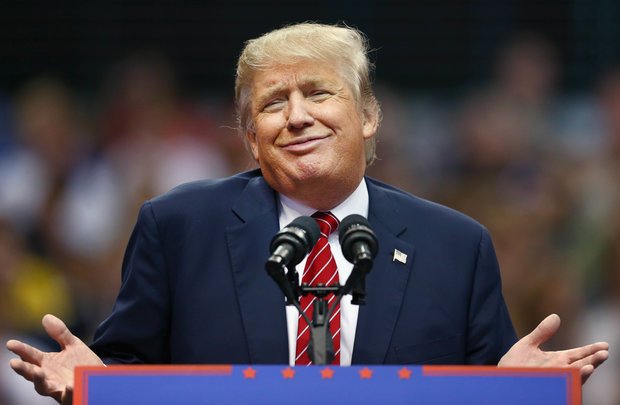 Another said: “Aaaaah, reality TV. Let’s do that again differently, I didn’t like it.”

Another simply stated: “I love my POTUS! [President of the United States]”

Stephanopoulos had spent 30 hours with the president for the special, spending time with him on Air Force One, in his armoured vehicle The Beast and in the Oval Office.

In another part of the interview, Trump also spoke about his relationship with Russia along with the alleged Russian meddling in the 2016 election.

The US president denied that his campaign colluded with the Russians, adding: “It was a concept of a deal, more of a concept than anything else.

“It was a concept of a deal someplace in Russia, probably in Moscow, and I was looking at places all over the world.”

Trump also revealed that the Pentagon had briefed him on the surge of UFO sightings in America, but that he didn’t “particularly” believe the reports.

It comes after Trump slammed London mayor Sadiq Khan after three people were murdered in the capital within 24 hours.