The US President’s fans bellowed “we love you Donald” as the protestors passed through Whitehall for today’s Stop Donald Trump movement.

But as they passed, police were forced to intervene as they appeared to be closing in on each other.

The person who shared the clip on Twitter captioned it: “MAGA (Make America Great Again) supporters clash with Trump protest outside ‘Spoons Whitehall.”

One man, wearing a red MAGA cap, swore at the protestors with his fingers.

He was met by a chorus of boos before he was led away. 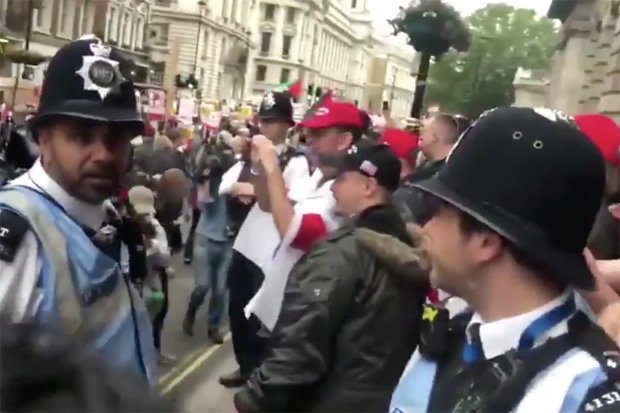 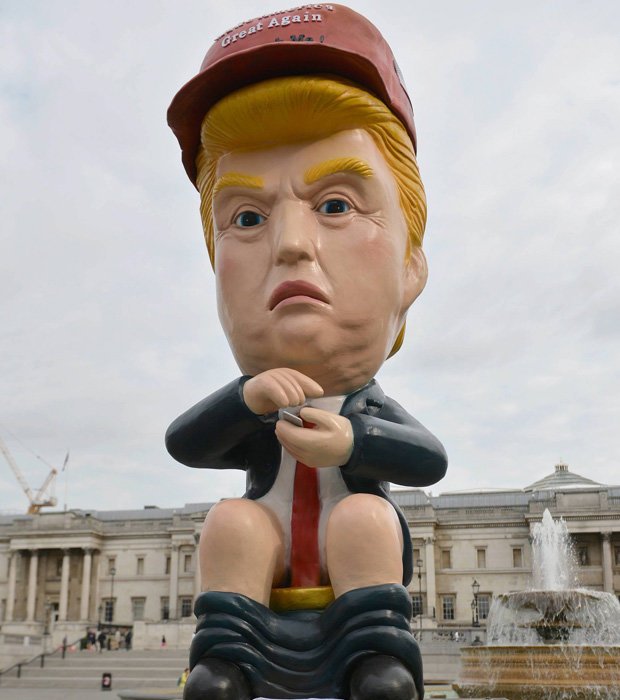 “He is a stone cold loser who should focus on crime in London, not me”

He tweeted: “Sadiq Khan, who by all accounts has done a terrible job as Mayor of London, has been foolishly ‘nasty’ to the visiting President of the United States, by far the most important ally of the United Kingdom.

“He is a stone cold loser who should focus on crime in London, not me.

“Kahn (sic) reminds me very much of our very dumb and incompetent Mayor of NYC, de Blasio, who has also done a terrible job – only half his height.

“In any event, I look forward to being a great friend to the United Kingdom, and am looking very much forward to my visit. Landing now.”