LONDON (Reuters) – Donald Trump will plunge into Britain’s Brexit crisis on Tuesday and is likely to demand that Prime Minister Theresa May’s successor ban China’s Huawei from 5G networks as thousands of protesters mock the U.S. president across London. 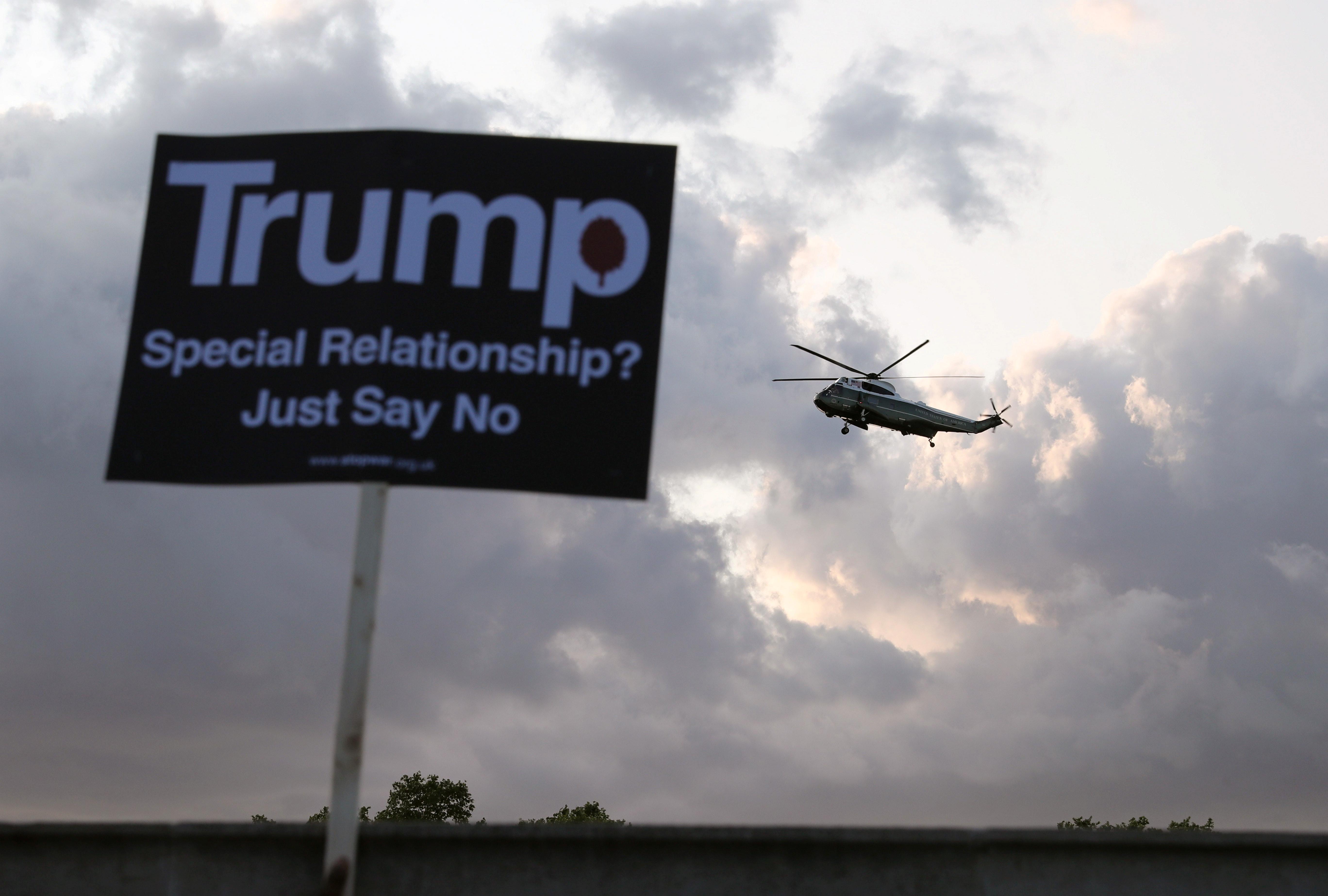 Feted by Queen Elizabeth and heir Prince Charles on the first day of his state visit to Britain, Trump turns to politics on Tuesday with talks in Downing Street, a news conference scheduled for 1245 GMT and a dinner that could include leaders of Brexit, such as Boris Johnson, the favorite to succeed May.

Trump brings demands for the United States’ closest ally in Europe, including calls by his envoys for a tougher British stance toward telecoms giant Huawei Technologies Co Ltd.

At a lavish banquet in Buckingham Palace, Trump praised the queen as “a great, great woman” and said the United States and United Kingdom shared an enduring alliance.

“As we honor our shared victory and heritage, we affirm the common values that will unite us long into the future; freedom, sovereignty, self-determination, the rule of law and reverence for the rights given to us by almighty God,” he said.

The state visit, promised by May back in January 2017 when she became the first foreign leader to meet him after he took office, is cast as a chance to celebrate Britain’s “special relationship” with the United States, boost trade links and reaffirm security cooperation.

But the collapse of May’s premiership over Brexit and Trump’s penchant for ignoring the conventions of modern diplomacy have made the trip one of the most unconventional state visits in recent British history.

Before Air Force One even touched down on British soil, Trump praised Johnson, the former foreign secretary and leading Brexit campaigner, and advised a sharp exit from the European Union on Oct. 31 with or without a deal.

Trump also called for arch-Brexiteer Nigel Farage, a scourge of May’s ruling Conservative Party, to conduct talks with the EU.

Brexit is the most significant geopolitical move for the United Kingdom since World War Two and if it happens, London will be more reliant on the United States as ties loosen with the other 27 members of the EU.

Huawei will top talks in London after the British government appeared to defy Trump administration demands and allow the Chinese company a limited role in building 5G networks.

“We’ve been clear: Our ask is that our allies and our partners and our friends don’t do anything that would endanger our shared security interests or restrict our ability to share sensitive information,” U.S. Secretary of State Mike Pompeo said.

The Trump administration has told allies not to use Huawei’s 5G technology and equipment because of fears it would allow China to spy on sensitive communications and data. Huawei denies it is, or could be, a vehicle for Chinese intelligence.

Notwithstanding Britain’s enduring alliance with the United States, some British voters see Trump as crude, volatile and opposed to their values on issues ranging from global warming to his treatment of women.

A giant inflatable blimp depicting Trump as a pouting baby in a diaper will fly outside the British parliament in London on Tuesday ahead of what is expected to be one of the city’s largest protests against a foreign leader.

In central London, tens of thousands of protesters are expected to take part in a “Carnival of Resistance” later in the day to voice their opposition to the president. Among those taking part will be environmental activists, anti-racism campaigners and women’s rights protesters.

May will present Trump with a framed reproduction of the Atlantic Charter, which hung on wartime Prime Minister Winston Churchill’s wall and set out principles of free trade and collective security that formed the basis of the postwar peace. 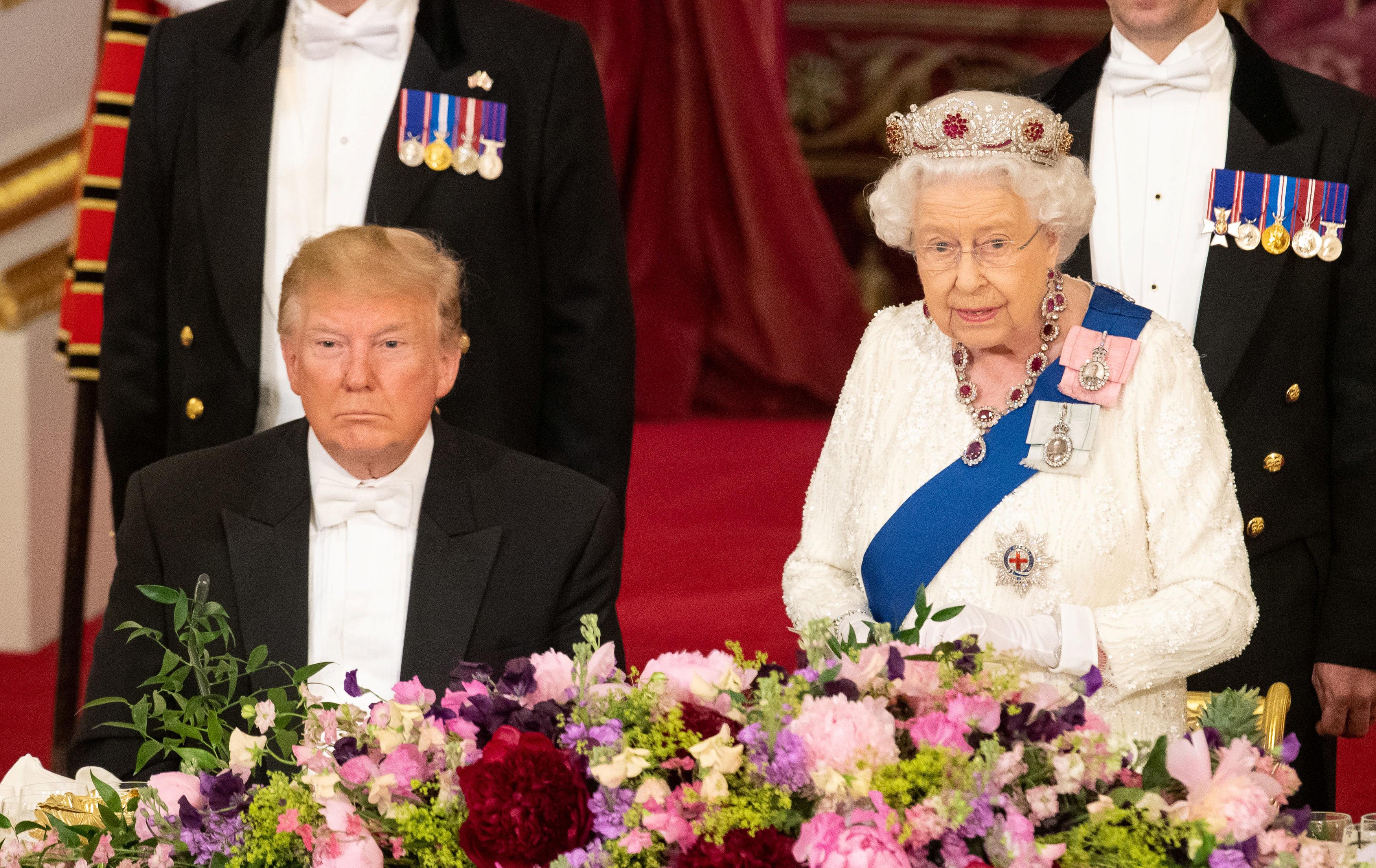 As part of the visit, Trump will be given a tour of the Churchill War Rooms – a labyrinthine bunker-turned-museum underneath London, and he will take part in events to commemorate the 75th anniversary of the D-Day invasion of Normandy, which turned the course of the war.

Trump, May and their spouses will also view a ceremonial copy of the American Declaration of Independence. While Trump and May sit down to political talks inside May’s Downing Street office, Philip May and Melania Trump will attend a garden party and take a guided tour of the building.