Teachers have been banned from calling pupils’ behaviour ‘good’ or ‘bad’ by a school which is trying to avoid using ’emotional’ phrases while managing discipline.

Julian Murphy, headmaster at the private Loughborough Amherst School in Leicestershire, has instead asked staff to describe behaviour as ‘skilful’ or ‘unskilful’.

He is hoping to ‘take the emotional heat out of language’ at the independent school for children aged four to 18, which costs up to £13,545 a year to attend.

Dr Murphy said he had taken the idea of using the different terms from Buddhism, which teaches that there are skilful and unskilful ways of thinking and acting.

The headmaster, who has 313 pupils at the school, told i: ‘While I don’t want teachers to be soft, I also don’t want them to be shouty and make pupils feel guilty. 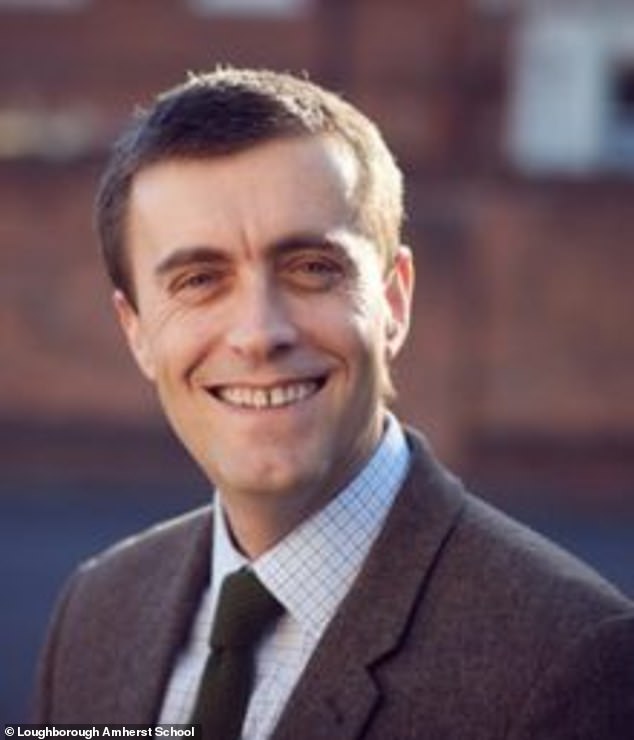 ‘I think it’s human psychology even when you’re an adult. If people make you feel guilty, then you get angry.

‘And then actually that’s when you’re likely to play the blame game and not to work that well. That’s when things get into a bit of a vicious circle.’

He said the school teaches pupils that ‘there’s a set of rules that are there for practical reasons’, adding: ‘I’m not interested in making young people feel bad.’

However Dr Murphy also insisted that the school is ‘quite strict’ and will expel pupils for handing in homework late or dropping litter if they did either enough times. 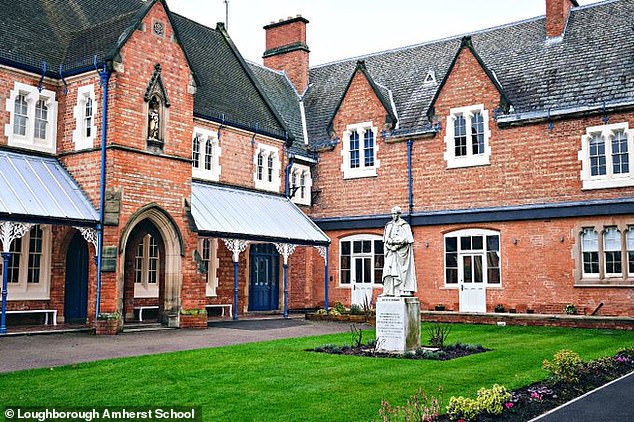 But his plans for the language surrounding behaviour were criticised by MailOnline columnist Piers Morgan, who tweeted today: ‘FFS. What on earth will these poor cosseted kids do when they’re exposed to the real world? This is so…. BAD.’

Dr Murphy previously hit the headlines in 2018 for saying pushy parents who question criticism of their children had rendered school reports redundant.

He said teachers were ‘no longer honest’ when writing reports and would describe children as ‘chatty’ and ‘high spirited’ instead of saying they were disruptive.

It came one year after he abolished school reports altogether, saying they only caused insecurities among pupils and brought unnecessary stress upon teachers. 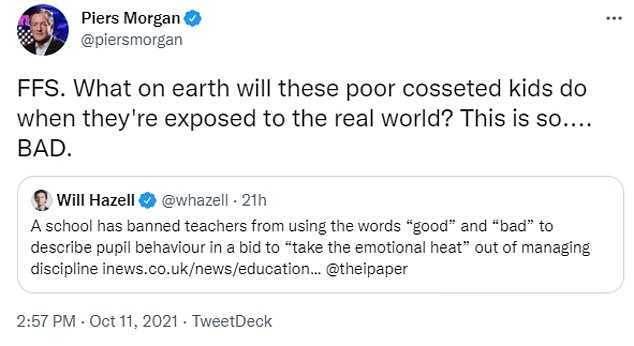 The school was founded in 1850 by the Rosmanian order of Roman Catholics and was called Our Lady’s Convent School until changing to its present name in 2018.

Dr Murphy became a teacher after working as a wine seller and an electrician’s mate, and studied for his PhD at the University of Oxford.

Prior to joining the Loughborough Amherst School, he was director of studies at the independent Woldingham School in Surrey.

He is married to Karen Murphy, who is head of art at another school, and they have two children aged seven and nine who both attend Loughborough Amherst.