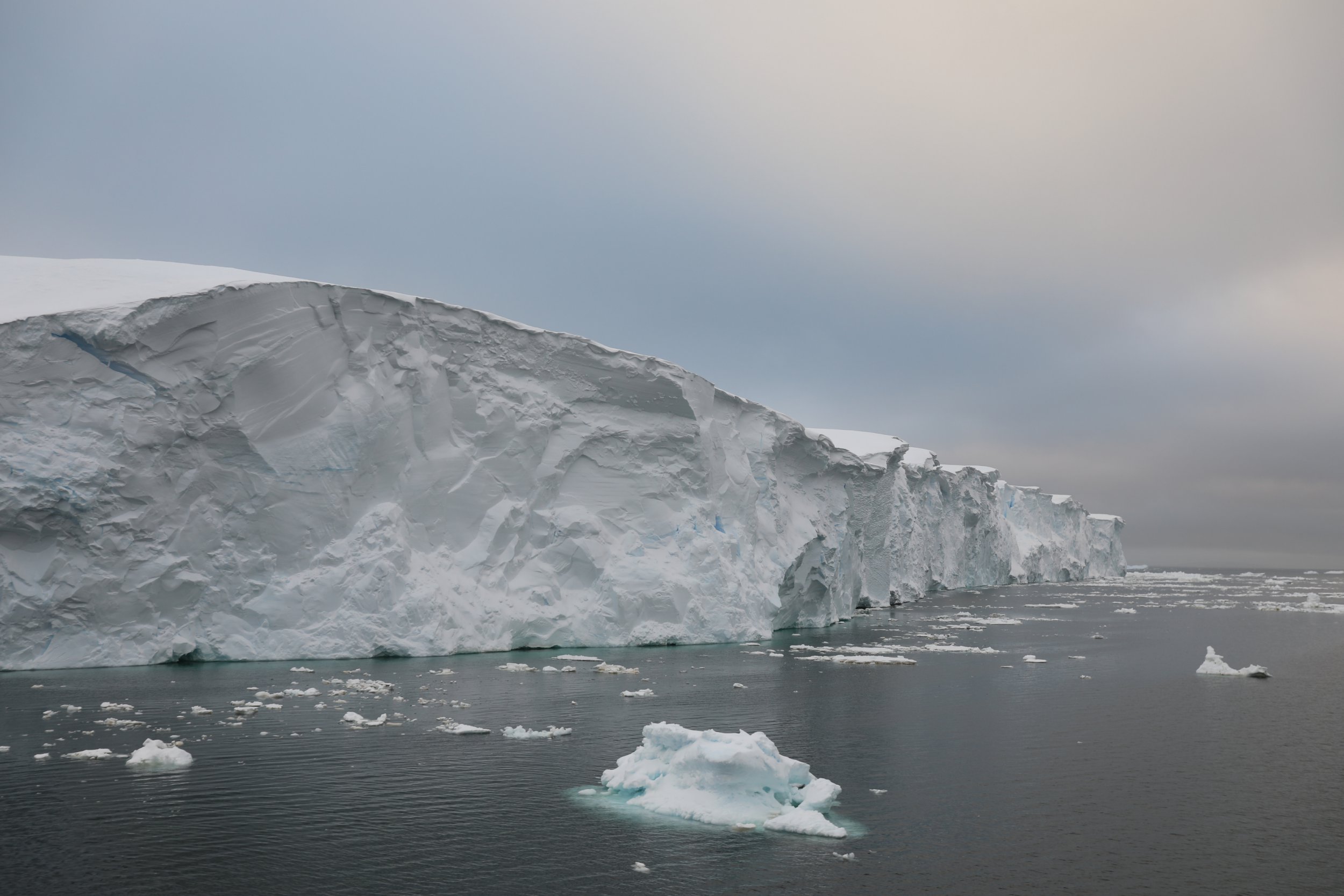 A so-called ‘doomsday glacier’ is retreating faster than previously predicted, a new study has shown.

Leading scientists have this week warned the Thwaites Glacier in west Antarctica – a key source of sea-level rise – is ‘holding on by its fingernails’.

The crucial ice sheet extends more than 74,000 square miles, which is an area roughly the size of Britain, according to the International Thwaites Glacier Collaboration.

Without it and its supporting ice shelves, global sea levels could increase by more than three to 10 feet, resulting in apocalyptic flooding in coastal areas and storms – hence its grim name.

The latest research published on Monday in the journal Nature Geoscience shows Thwaites experienced a phase of ‘rapid retreat’ at some point during the last 200 years over a period of less than six months.

This means it loses more water than it gains and so causes sea level to rise.

Alarmingly, the mass is now retreating at a speed of 1.3 miles per year – twice the rate observed by satellites between 2011 and 2019.

‘Thwaites is really holding on today by its fingernails, and we should expect to see big changes over small timescales in the future – even from one year to the next -once the glacier retreats beyond a shallow ridge in its bed,’ said Robert Lartner, study co-author from the British Antarctic Survey.

Because of its size, Thwaites has been a cause of great concern for those working to predict how the world will be affected by climate change.

Unlike some other glaciers which are connected to dry land, this one is grounded in the seabed, making it more vulnerable to the increasingly warming waters.

Alastair Graham, the study’s lead author and a marine geophysicist at University of South Florida, said its swift disintegration possibly occurred ‘as recently as the mid-20th century’.

To collect the geophysical data, the team – which included scientists from the UK, US and Sweden – launched a state-of-the-art orange robotic vehicle loaded with imaging sensors called Ran during an expedition in 2019.

Ran embarked on a 20-hour mission to map an area of the seabed in front of the glacier about the size of Houston – and did so in extreme conditions.

Alastair said this ‘was truly a once in a lifetime mission’, adding that the team hopes to return soon to gather samples from the seabed.

This will help them determine when the previous rapid retreats occurred and also help predict future changes.

‘Just a small kick to the Thwaites could lead to a big response,’ he added.