Drunk mother, 47, was four times the legal limit when she ploughed over roundabout as she drove her seven-year-old son 25 miles to the beach before being spotted slurring her words at McDonald’s

A drunk mother drove four times over the legal limit to take her seven-year-old son 25 miles to the beach.

Sadie Smith, 47, was spotted at a McDonalds drive-thru stumbling around and ‘slurring her words.’

A court heard Smith had set off to find a beach with her son in her Saab Index after spending the night drinking. 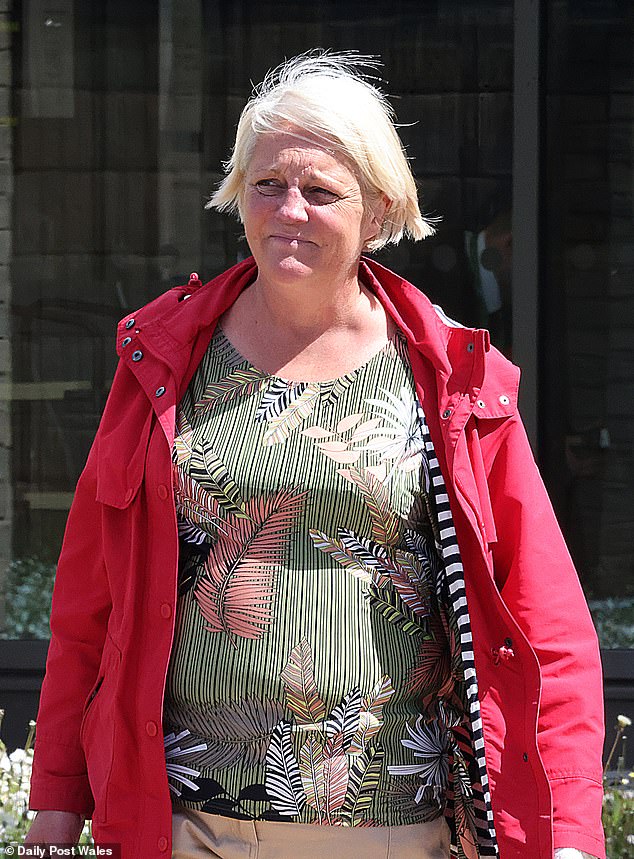 Sadie Smith, of Meols, Wirral, pictured, was banned from driving for three years, handed a 12-month community order and ordered to complete 300 hours of unpaid work after she admitted drink driving at Wrexham Magistrates’ Court

Dashcam footage captured her driving erratically – before she ploughed over a roundabout and onto a grass verge.

The footage shows she narrowly missed smashing into a road sign as she attempted to drive from Meols, Wirral, to Flint, North Wales.

Prosecutor Helen Tench said a worried witness called police at midday on March 19 when they saw her car swerving on the road.

Smith, who cried as she watched the footage in court, was arrested after being found at the McDonald’s restaurant at Flint Retail Park.

Magistrates in Wrexham heard she ‘stumbling around the drive through’ and gave a breath reading of 139 – the legal limit is 35.

The court heard Smith had been been drinking the night before and had had some alcohol in the hours before she set off.

Mother-of-one Smith swerved across roads before she ended up on the grass verge along the A548 before continuing to drive.

The court heard it was ‘nothing short of sheer luck’ that she didn’t cause a serious accident.

Defending Stephen Edwards said it had been ‘a real wake up call’ for Smith who had been using alcohol ‘as a crutch’ to deal with issues.

He said she felt he pressures of being a single mum during the Covid-19 pandemic, balancing the sudden need to work from home as well as educate her young son.

The court heard the combination of issues led to her ‘hitting the bottle’.

Tracey Flavell, of the probation service, said that Smith ‘clearly’ wasn’t thinking about the consequences of her actions that day. 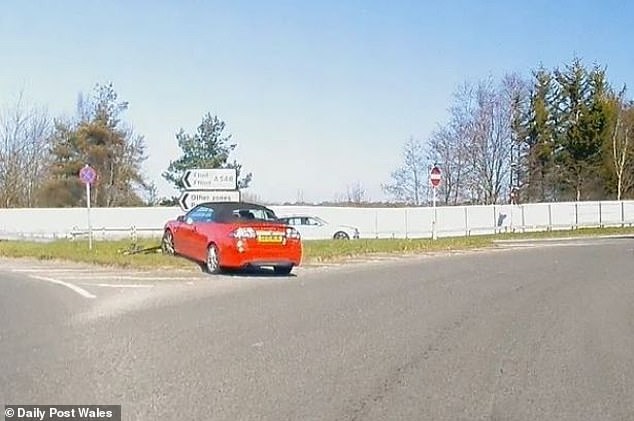 Smith crashed her Saab convertible into a road sign after she missed the turning for Flint, North Wales

The court heard she accepted that ‘in trying to do something nice for her son’ she was ‘putting lives at risk’.

Ms Flavell said Smith has ‘found it difficult to ask for help’ but is now seeking support within her community.

The court also heard how the charge led to Smith losing her 23-year career.

Chair of the bench Justice Jacqui Jones branded Smith’s actions as ‘dangerous’ and banned her from driving for three years.

She said: ‘It was nothing short of sheer luck that you didn’t cause a fatality when driving over 30 miles in a very dangerous and erratic manner with your seven-year-old son in the car.

‘That footage played today no doubt shocked you, your family and us – the magistrates.

‘You could have been going to prison today but you have made significant attempts off your own bat to address your issues with alcohol.

‘We think you’ll make those changes last and not be back before these courts again.’

Smith, of Meols, Wirral, was handed a 12-month community order and must complete unpaid work for 300 hours.