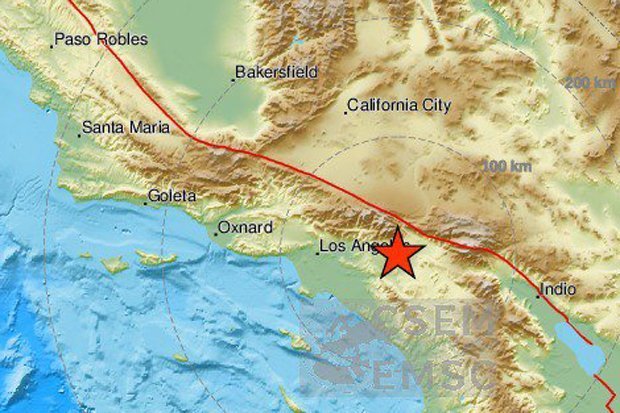 It comes just hours after a 3.2-magnitude quake was felt  28 miles from Avalon, California, at around 4.25am, the US Geological Survey reported.

The latest tremor was felt just 14 miles from Riverside, which is part of the Greater Los Angeles area.

This is reportedly the fifth earthquake to hit the US state in just 35 hours and will be of concern to local residents.

Although they are so small that only a small tremble would be felt, those in California have been long-fearing another “Big One”.

There were three earthquakes in across Southern California on Wednesday.

Accounts on the USGS site showed shaking could be felt along the coast from Santa Monica to San Clemente.

After that, a slightly bigger magnitude-4.3 hit around the same area just four hours later.

Then a third that was smaller at 3.0 was felt at just after 9am in the morning.