Eco-mob plot Cop26 CHAOS: Climate activists are expected to rally to Greta Thunberg’s call to ‘p*** off’ people by staging protests in Glasgow – as 10,000 police form ‘ring of steel’ around conference centre

Climate protesters plotted to cause chaos at Cop26 in Glasgow today after Greta Thunberg said sometimes you have to ‘p*** people off’ to protect the environment.

The activist voiced support for the tactics of road-blocking group Insulate Britain as demonstrators from various groups gathered amid a £100million policing operation.

As representatives of 200 nations gather to thrash out a deal to try to limit global warming to 1.5C, thousands of officers were in place and erected a ring of steel.

An average of 10,000 officers from Police Scotland and forces around Britain will be on duty every day for three weeks, with the UK Government picking up the bill.

It comes after Miss Thunberg, 18, who began the school strike climate change protests, was asked on the Andrew Marr Show whether ‘blocking roads’ was justified. 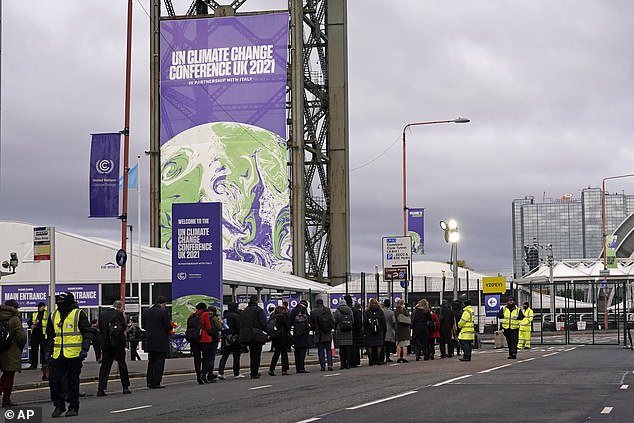 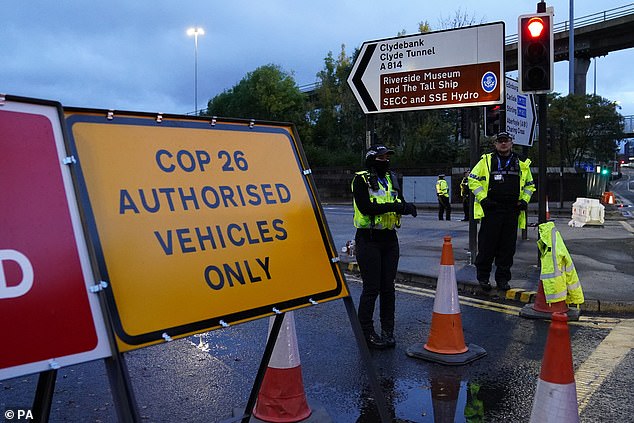 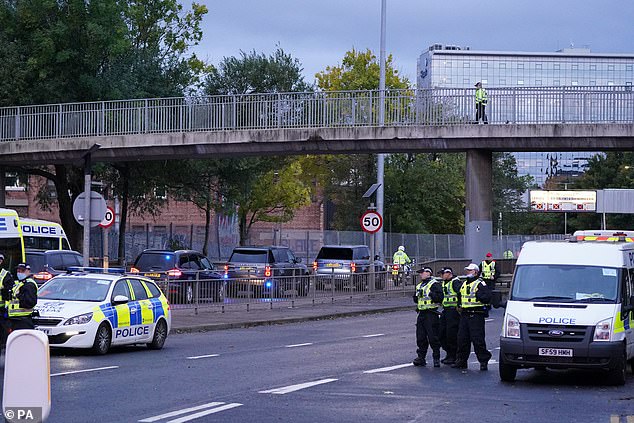 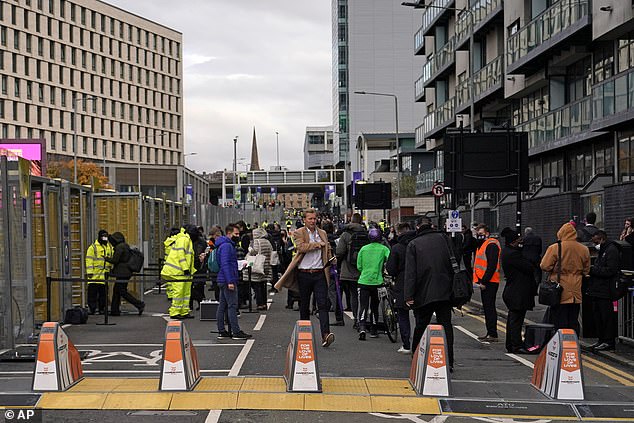 She said: ‘As long as no-one gets hurt… then I think sometimes you need to anger some people. Like, for instance, the school strike movement would never have become so big if there wasn’t friction, if some people didn’t get p***** off.’

In Glasgow, a ring of steel is being erected around the conference site on the north bank of the River Clyde as security forces brace for threats to the heads of state in attendance and potential disruption from climate change protesters.

And police will even deploy specially trained officers equipped with high-tech devices that can bring down rogue drones using electromagnetic pulses.

Police expect to make 300 arrests a day but sources warned if the number gets much higher, custody suites will be overwhelmed.

Meanwhile, a report found last month almost half of Scotland’s police officers have experienced high levels of fatigue in the previous fortnight, which does not bode well for a three-week conference during which many will have to work 12-hour shifts. 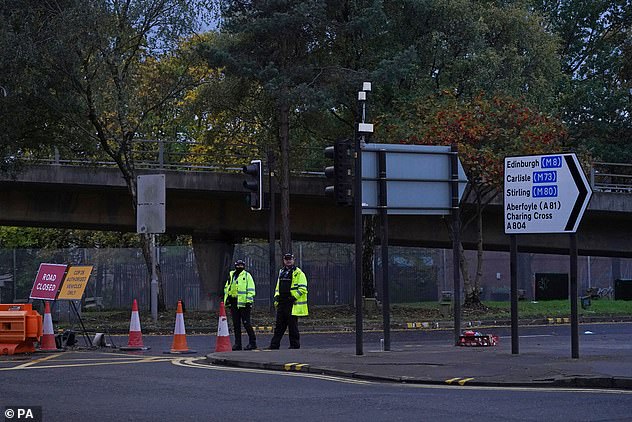 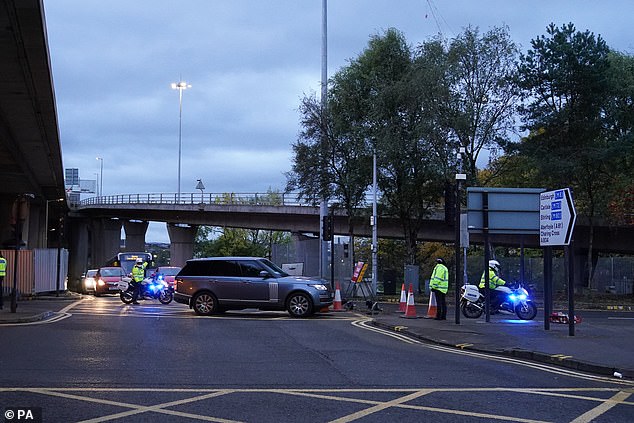 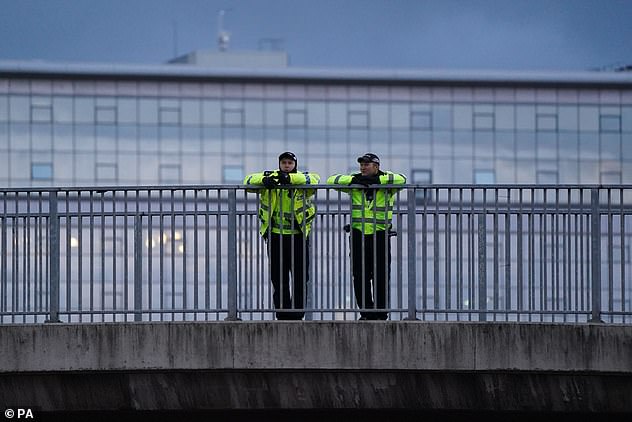 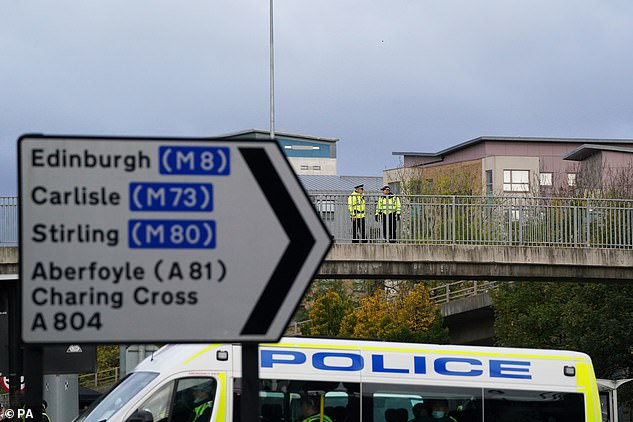 Scotland’s lawyers have also vowed to boycott weekend custody courts amid an ongoing row over legal aid cuts. This means the justice system could be plunged into chaos by the sheer number of people arrested at the event.

US President Joe Biden is among more than 100 world leaders expected to attend the event.

The summit will also feature a climate rally in Glasgow that could be attended by more than 150,000 people.

Tens of thousands of delegates from 193 member states and four observer states will attend the summit, with the SEC conference venue designated a ‘blue zone’ – meaning it will be policed by the UN, with Scottish police only allowed to enter if there is a threat to life. 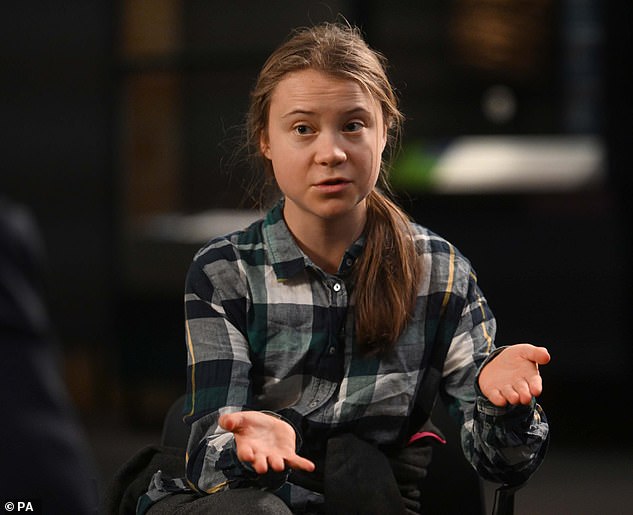 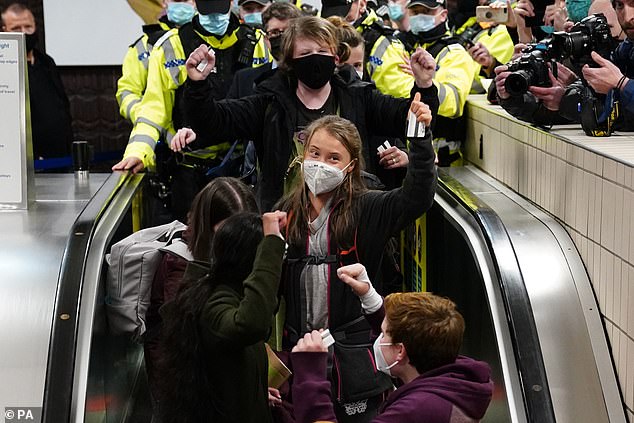 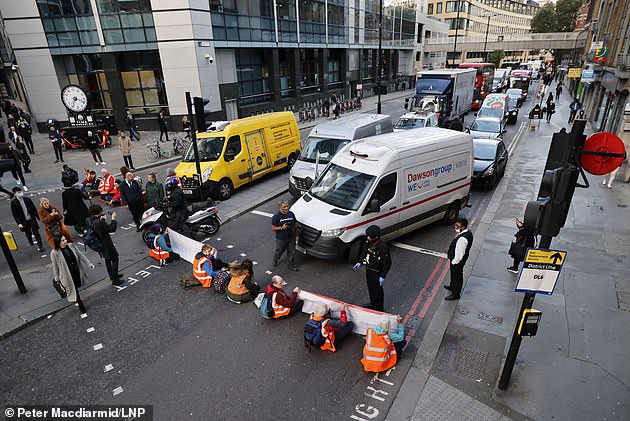 Miss Thunberg voiced support for the tactics of road-blocking group Insulate Britain. The activists are seen bringing traffic to a standstill on Bishopsgate in the City of London last week

Miss Thunberg said she speaks to activists in countries like China where they do not have the same rights, and added: ‘It makes you just feel so grateful that we are actually able to protest and that just puts more responsibility on us who actually have the right to protest, to use that right.’

Asked about Mr Sunak’s policy in the Budget of cutting air passenger duty by 50 per cent on internal flights, Miss Thunberg added: ‘When you see a pattern of these policies, that all the time are avoiding taking real action, then I think you can draw conclusions from that pattern. That climate action is not really our main priority right now.’

She criticised China for being ‘out of touch’ on the climate crisis but warned there will always be other countries to blame for not doing enough and urged the world to work together.