The Football Association said the antics of a 200-strong hardcore of trouble makers at the Nations League finals in Portugal had brought shame on the team.

Two were arrested after fans clashed police in Porto’s Liberdade Square where families had gathered to watch Portugal’s 3-1 victory over Switzerland in Wednesday’s first semi-final on a giant TV.

The pair – aged 23 and 26 – were yesterday (thurs) fined £355 and £533 for assault and resisting arrest by a city court. A third who was detained was released without charge.

Two police officers were hurt in the clashes which erupted after a bottle flew into the air when Cristiano Ronaldo scored Portugal’s opening goal – the first of a hat-trick. 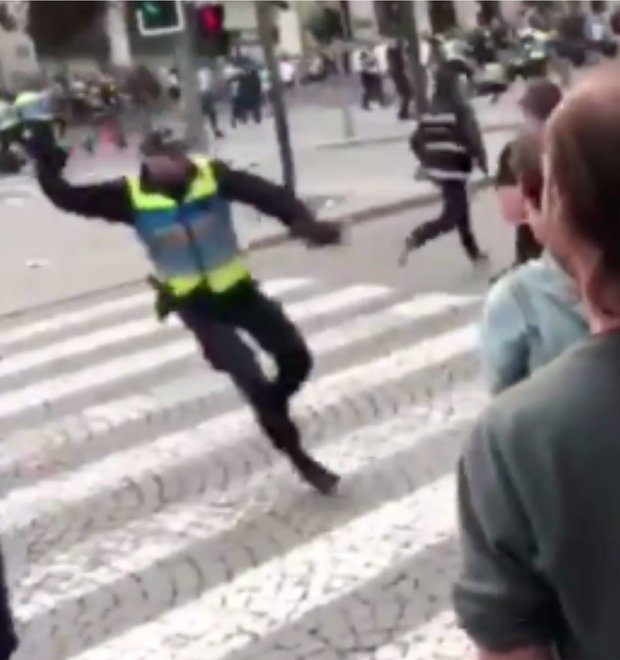 “Felt sorry for the hotel receptionist as he had to lead me through an backdoor and alleyway shoulder-to-shoulder full of urinating Englishmen just to get out.

“Beer thrown, shouting. Nice to walk over the cobble stones in beautiful Porto through a literal river of English p***.”

It was the second night of violence in the historic city to which 20,000 Three Lions fans have travelled in the hope of seeing England win a first tournament since the 1966 World Cup.

On Tuesday more bottles were thrown outside a bar in another incident involving fans wearing England shirts. A car window was smashed.

Witnesses claimed supporters were singing vile anthems including ‘F*** The Pope And The IRA’ and ’10 German Bombers’.

The trouble came days after senior footballers – including England’s Harry Maguire – had warned fans to behave themselves abroad in a FA video entitled ‘Don’t Be That Idiot’.

The violence prompted schools to shut early before last night’s (thurs) second semi-final between England and the Netherlands in the city of Guimaraes (corr) 35 miles away.

Pupils were sent home at lunch-time to avoid getting caught up in possible further clashes.

But a storm featuring 30mph winds and driving rain sent fans lugging crates of beer diving for cover under trees and in alleys and shop doorways in the build-up to kick-off at the 26,000-capacity Estadio D Afonso (corr) Henriques. 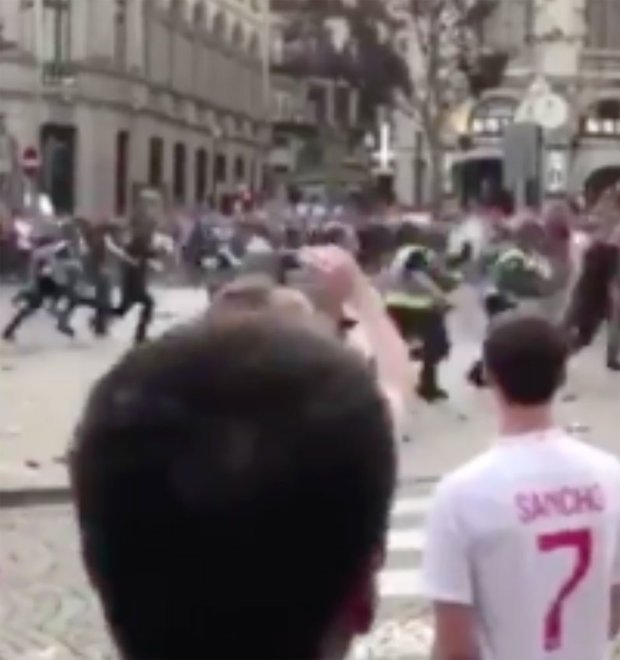 “The FA strongly condemns the scenes witnessed in Porto overnight,” he said.

” Anyone responsible for these disturbances cannot be seen as true England supporters and are not welcome in football.

“They are an embarrassment to the team and the thousands of well-behaved fans who follow England in the right way. We are liaising with the UK Football Policing Unit.”

Anyone caught up in the trouble is likely to face lengthy football banning orders. The Football Supporters’ Association ‘unreservedly condemned the anti-social behaviour and violent disorder’.

Chief executive Kevin Miles, who is running a fans’ embassy, said: “This is exactly the type of incident that Football Banning Orders were made for.

“We are sure the authorities will be seeking to identify perpetrators. UK police don’t have powers of arrest in Portugal.

“But they can retrospectively apply for FBOs which stop these people getting into UK stadiums or following England away.

“The most galling aspect of these incidents – which most England fans didn’t witness let alone condone – is that the rest of us will all suffer as a consequence of the reputation perpetuated by this minority of idiots.”

A spokesman for the Portuguese PSP police said: “There was an altercation between English supporters and some Portuguese, assaults occurred and we were forced to intervene. 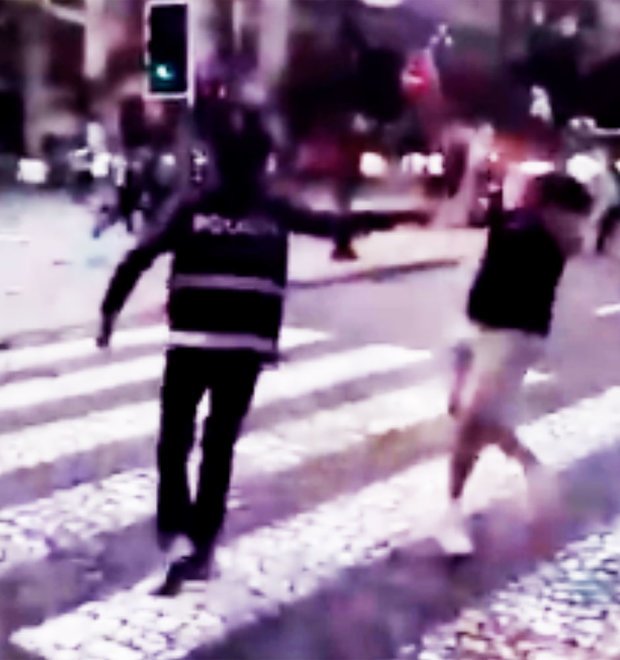 “When the interaction occurred the English fans turned on the police and two officers were injured.”

Deputy chief constable Mark Roberts, who is in charge of the UK police operation, said: “It is believed the fans had been throwing bottles at Portugal fans who were watching the match in the same area.

“This is the second evening in a row where disorder has occurred in Porto.

“On Tuesday night there were issues outside a bar where bottles were thrown and minor damage was caused. It is completely unacceptable.

“The behaviour we are witnessing is incredibly disappointing and again I would point fans towards the recent video from the FA, ‘Don’t be that idiot’.

“The behaviour of a small number of the England fans out here continues to tarnish the reputation of the genuine fans who are simply trying to enjoy the football.”

More than 100 England fans were arrested in Amsterdam last March (2018) when Gareth Southgate’s team played the Netherlands in a friendly.

England were threatened with disqualification from Euro 2016 but were not formally charged by Uefa after fan trouble at the tournament.