Gas supplies through the Nord Stream 1 pipeline from Russia to Germany have now been reduced to 20 percent of their level prior to the Russian invasion of Ukraine. With few available alternatives to Russian fossil fuel imports, natural gas prices in Europe soared to a 14-year high in late July. If supplies of Russian gas were cut off entirely, the European Commission fears the Euro area could enter a recession by the end of the year.

Following the invasion of Ukraine on February 24, the EU joined NATO allies in imposing a raft of economic sanctions against Russia, including restrictions on finance, technology, transport and, crucially, energy.

Historically, the EU has imported up to 40 percent of its gas stocks from Russia, primarily through the Nord Stream 1 pipeline.

Russian state-owned energy company Gazprom has a majority stake in the 745-mile pipeline that runs under the Baltic Sea from the coast near St Petersburg to Germany.

Although Russia denies using gas supplies as a retaliatory weapon, the flow to Europe has decreased dramatically since the war began. 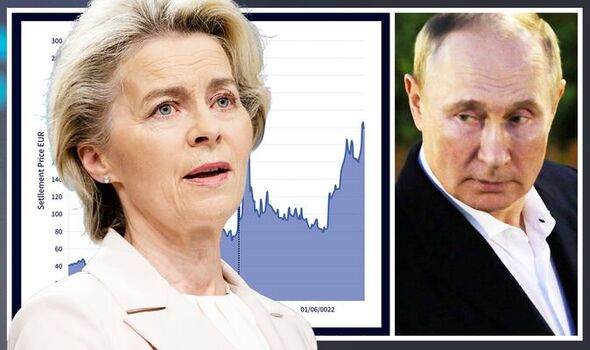 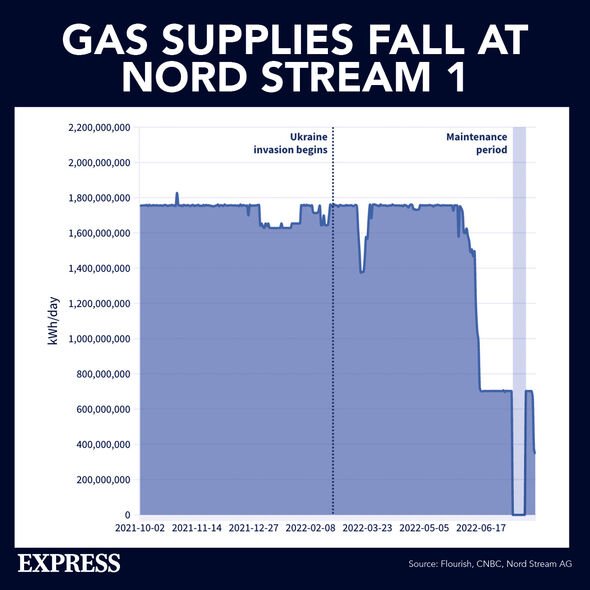 In May, Gazprom closed the on-land Yamal gas pipeline, which runs through Belarus and Poland to Germany and other European countries.

Later, in mid-June, gas deliveries through Nord Stream 1 were cut by 75 percent.

Claiming vital maintenance work was needed, Gazprom then shut down the pipeline completely for 10 days in early July.

Only a matter of weeks after re-opening, supplies were halved to 20 percent of normal levels, the company citing technical issues with one of the turbines. 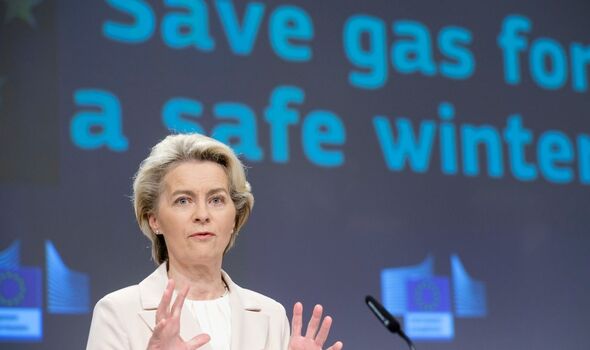 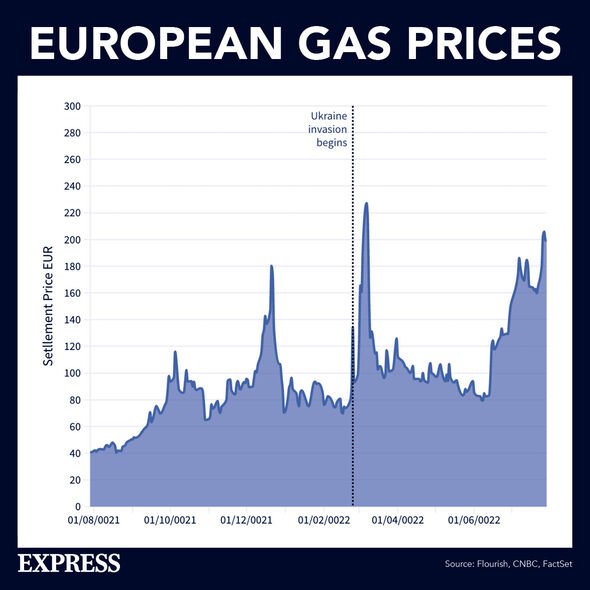 Last week, the EU renewed its economic sanctions on Russia until January 31, 2023.

After a week of talks, bloc members also agreed to voluntarily reduce gas usage by 15 percent between March and August next year, anticipating a further reaction from the Russian state.

Addressing the European Commission on July 20, president Ursula von der Leyen said: “Russia is blackmailing us. Russia is using energy as a weapon. 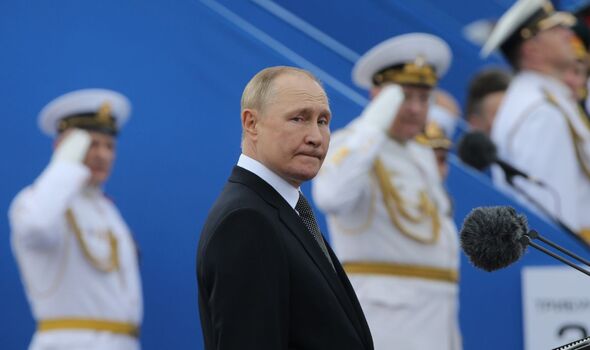 The price of natural gas was rising even before the invasion as Russia tightened supply, but has since skyrocketed.

Gas is an essential commodity for the economies of Europe, used in everything from heavy industry to the heating of private homes, and the continent has few alternative options for suppliers.

Prices are now 450 percent higher than they were this time last year.

With consumers spending less money on goods and services in the economy, and governments forced to spend billions to guarantee energy supplies, the economic outlook for the Eurozone looks bleak.

Growth figures released by Eurostat, the statistical office of the European Union released last Friday show that in the second quarter of 2022, GDP increased by 0.7 percent in the euro area and by 0.6 percent in the EU, exceeding market expectations.

Speaking at the St Petersburg International Economic Forum in June, President Putin claimed the EU may lose more than £326billion because of its sanctions against Russia. 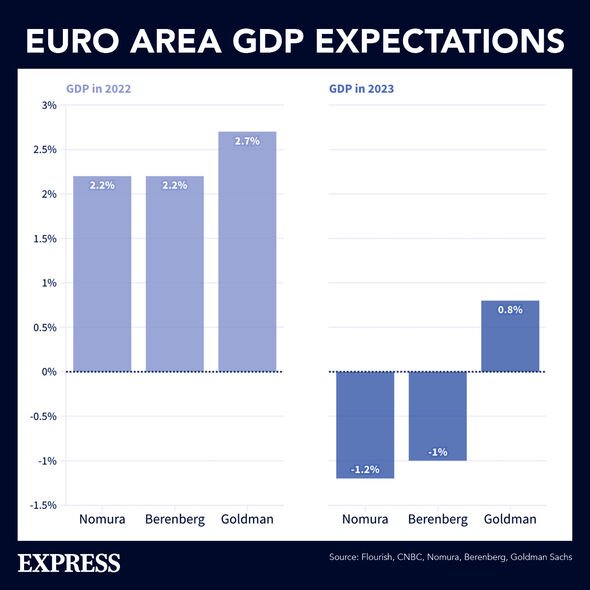 However, were Russian gas supplies to shut down completely the institution joined a growing number of economists in warning of a recession in late 2022.

Paolo Gentiloni, Commissioner for Economy said: “In Europe, momentum from the reopening of our economies is set to prop up annual growth in 2022, but for 2023 we have markedly revised down our forecast.

“With the course of the war and the reliability of gas supplies unknown, this forecast is subject to high uncertainty and downside risks.”