The British ex-Guantanamo detainee Moazzam Begg has said UK troops would be remembered as ‘the bad guys’ and the Taliban should be given ‘the right to celebrate’ for conquering Afghanistan.

The 53-year-old, who works as director of outreach at controversial War on Terror campaign group Cage, aired his views in an online blog post which was prefaced by a blurb describing the militants’ takeover as a ‘historic victory and humiliation’.

He wrote: ‘For those who back the soldiers of America, Britain, Australia and yes, Turkey, who died fighting in Afghanistan, stay firm in the knowledge that they died in vain and for nothing.

‘History books will record they were the bad guys. Let it be a stark lesson about the choices they had. They could have refused to occupy others’ lands, but they chose otherwise.

‘In the meantime, as Black Hawk and Chinook helicopters litter the Kabul skies to desperately ferry what’s left of the occupation out of harm’s way (reminding us a little of Vietnam) we should afford all those who fought them the right to celebrate.’ 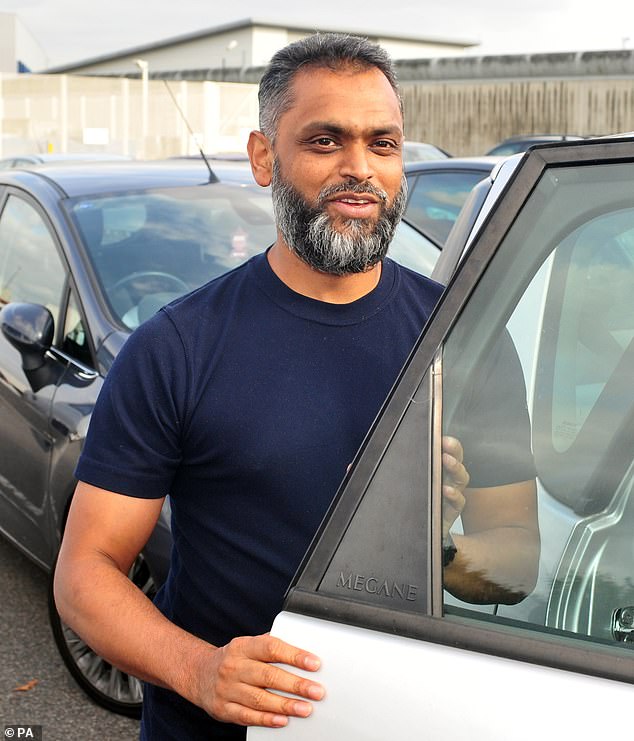 Mr Begg, who was writing on British Muslim news site 5 Pillars, spent almost three years in US custody at Guantanamo and other detainment camps on suspicion of terrorist affiliations between 2002 and 2005.

He was never charged and was eventually released in 2005 after an intervention by the British government.

Mr Begg, who faced terror charges in the UK but was cleared before the case went to court, later joined Cage, a controversial group who have been accused of being terror apologists.

Moazzam Begg spent almost three years under US custody on suspicion of terrorist affiliations between 2002 and 2005.

He was later released and has spoken widely of his experiences as a prisoner in Guantanamo Bay and other detainment camps under American control.

In 2014, Mr Begg was freed from Belmarsh Prison after seven months in custody when a string of terrorist charges linked to the civil war in Syria were dramatically dropped.

Mr Begg had been charged with attending a terrorist training camp in Syria, possessing ‘an article’ for a purpose connected to terrorism, and funding terrorism.

He pleaded not guilty to all the charges and was formally acquitted just days before his trial was due to start at the Old Bailey after ‘new material’ emerged undermining the prosecution case.

When Mr Begg was released from prison, he joined Cage, a controversial group who have been accused of being terror apologists.

Mr Begg now describes himself as a ‘War on Terror consultant’ and regularly attends events as well as being a prolific author.

In February 2015, the group provoked outrage when they said that ISIS executioner Jihadi John ‘wouldn’t hurt a fly.’ Research director Asim Qureshi said the killer, Mohammed Emwazi was a ‘beautiful young man’. He was later killed in an air strike.

Mr Begg’s comments came as a UK Islamic Sharia Council scholar claimed that the Taliban have ‘grown up’ and British Muslims were ‘celebrating’ the return of the jihadists to power.

Since taking over Afghanistan, the militant group has claimed it will not carry out violence against women, and will not ‘seek vengeance’ on those who stood against them during the brutal 20-year war in the region.

Sharia Council scholar Khola Hasan yesterday told BBC Radio 4 that the Taliban’s recent posturing on women’s rights was a ‘good start’, and ‘every single person that I know, as a Muslim’ was ‘celebrating’ their return.

She added: ‘They have been ruled by foreigners for 40 years, let the people of Afghanistan rule their own country and determine their own fate for a change.’

Fears over reprisal attacks and a return to the brutal rule of the jihadis have brought about deep unrest, with Western nations struggle to cope with the thousands of foreign nationals and locals trying to leave the country in the week since the Taliban retook power.

When asked about reports of women and children being beaten and whipped as they pass through checkpoints in Afghanistan, Ms Hasan said Afghanistan is a ‘tribal society with tribal loyalties’, with ‘a lot of violence within the communities’ amid decades of ‘occupation’.

Ms Hasan said: ‘We have to be very careful not to take small, minor incidents and make them into something huge.’

She added that ‘western media loves misrepresenting Muslims’, telling Sunday morning listeners: ‘The kind of language that came out from Western media when the Taliban took over – civil war, monsters, they’re going to slaughter people, it’s going to be awful, poor women, oh blah blah blah we’re going to cry our eyes out, poor women are going back into Medieval times, and all the rest of it.

‘It’s been misrepresented for so long that I’ve got used to it, I don’t even blink an eyelid anymore.’

Meanwhile, this morning an LBC listener told presenter Nick Ferrari that he would be happy to move to Afghanistan following the Taliban’s takeover. 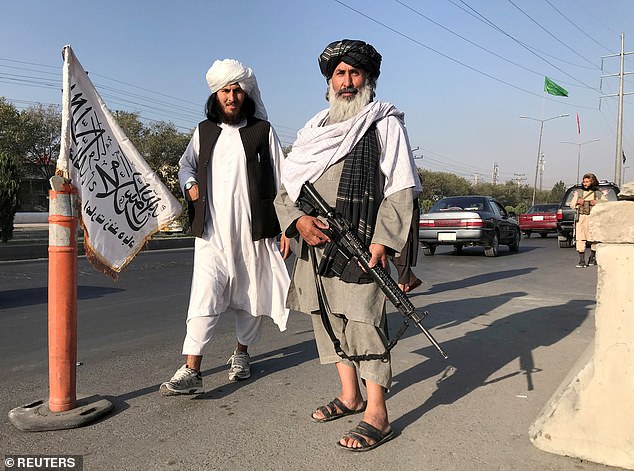 The listener blamed ‘the media and other people’ for the militant group’s poor image and said it was ‘trying to form a government with the people’.

Asked by a bemused Mr Ferrari whether he would still be happy to take his daughters into the country despite the Taliban’s attitude to women’s education, the listener said: ‘Yeah, of course.’

The Taliban follow an ultra-hardline version of Islam. They have sought to present a more moderate face since returning to power, saying they want peace and will respect the rights of women within the framework of Islamic law.

When in power from 1996 to 2001, also guided by Islamic law, the Taliban stopped women from working or going out without wearing an all-enveloping burqa and stopped girls from going to school.