Home » World News » Explainer: Why is Japan's Abe going to Iran? What can he accomplish?

TOKYO (Reuters) – Japanese Prime Minister Shinzo Abe is due to visit Iran next week in an apparent mediation mission to ease tension between Iran and the United States. 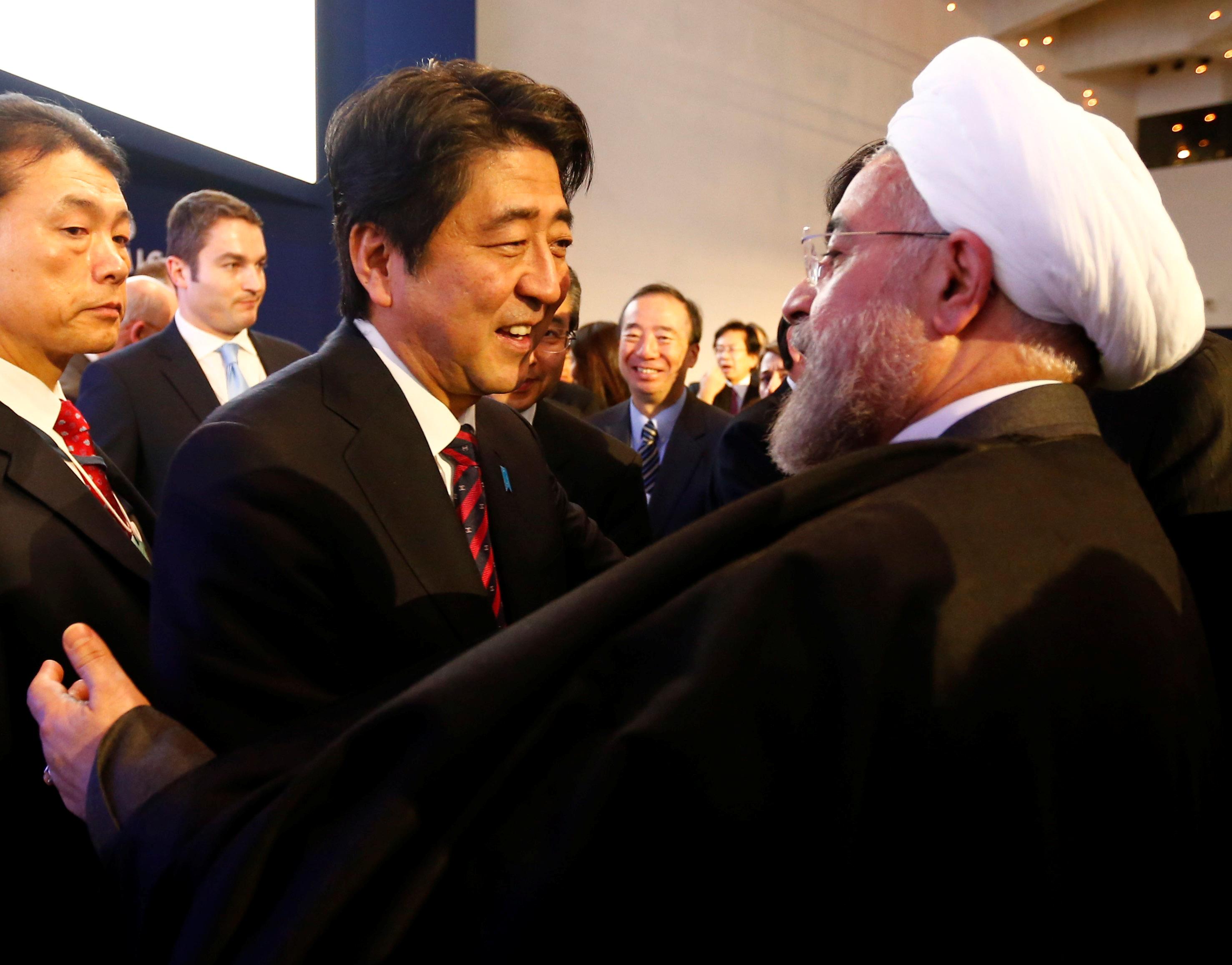 Following are some of the reasons for Abe’s June 12-14 trip, and what it might accomplish.

WHY IS ABE GOING TO IRAN?

Japan is in a unique position as a U.S. ally because it has long maintained close ties with Iran, making Abe an ideal mediator.

U.S.-Iran ties have frayed since President Donald Trump pulled out of an Iran nuclear deal in which it agreed to curb its nuclear program in return for the lifting of sanctions. The United States has also hinted at military confrontation, sending extra forces to the region to counter what it describes as Iranian threats.

During a visit to Japan last month, Trump welcomed Abe’s help in dealing with Iran, highlighting the “very good relationship” between Tokyo and Tehran.

For its part, Japan is keen to see stability in the Middle East as the bulk of its oil imports come from the region, although it stopped buying Iranian oil this year because of U.S. sanctions.

WHAT CAN ABE ACHIEVE?

The most Abe could probably achieve would be to persuade Iran and the United States to resume direct talks, possibly in a third country. Both sides may be seeking a face-saving way out of the confrontation, experts say.

Abe could, for example, invite Iranian President Hassan Rouhani to a G20 summit that Japan is hosting at the end of June, said Momoyo Kondo, a research fellow at the Middle East Institute of Japan.

If that is not possible, Abe could relay a message from Iran to the United States, perhaps at the G20 summit, said Motohiro Ono, an opposition lawmaker and former diplomat who served in various Middle Eastern countries.

Japan is not a party to the Iran nuclear agreement, which was signed by Iran, Russia, China, Britain, France, Germany and the United States, so he would not be able to directly address that.

Japan has had a generally positive relationship with Iran going back about 70 years, mostly revolving around oil.

In the 1950s, Japanese refiner Idemitsu broke a British oil embargo of Iran and sent a tanker to get a shipload of gasoline and diesel oil.

Thirty years later, during the Iran-Iraq war, Abe’s father, then Foreign Minister Shintaro Abe, visited both countries to try to mediate. A young Shinzo Abe joined him as his secretary.

“Japan has been seen in the Middle East as a country that links the United States with the rest of the world,” said Kondo.

Broadly speaking, Japan has maintained neutral ties with many Middle Eastern countries because it relies on them for oil.

“Japan’s focus on commercial and diplomatic relations in the region, rather than military deployments, may also mean Tehran perceives it to be more neutral than other U.S. allies,” said Richard Mallinson, a senior analyst at Energy Aspects in London.

IS IRAN A BIG SOURCE OF OIL FOR JAPAN?

Iran has been a major supplier of crude to Japan, providing 10-15 percent before 2012, when U.S. sanctions began to tighten. That still lagged imports from Saudi Arabia, however, long Japan’s main supplier.

Japan has at times been caught in the political crossfire between Iran and the United States, with Japan invariably falling into line with its old ally.

In 2004, Japan’s Inpex agreed to take a 75% stake in Iran’s Azadegan oil field, one of the world’s biggest oil discoveries in the last 30 years. But under U.S. pressure, Inpex reduced the stake to 10 percent in 2006, and then exited completely in 2010.

Japan stopped importing Iranian oil by a deadline to avoid U.S. sanctions last month – although it has pushed for imports to continue.

Japan wants to keep open the option of Iranian oil to protect it from possible disruptions in Saudi Arabian or UAE supplies, a U.S. diplomat told Reuters recently.

WHAT ARE THE POLITICAL RISKS AND REWARDS?

There is not a lot of downside for Abe. Even if he is not able to achieve a breakthrough, he will be seen as an international statesman seeking peace.

A successful trip would make him look good ahead of an upper house election this summer, and might encourage him to call a snap general election at the same time.

Abe has had little success in his efforts to reach a deal with Russia on disputed islands or resolve a feud with North Korea over abducted Japanese citizens – two issues he has hoped to resolve to cement his legacy.