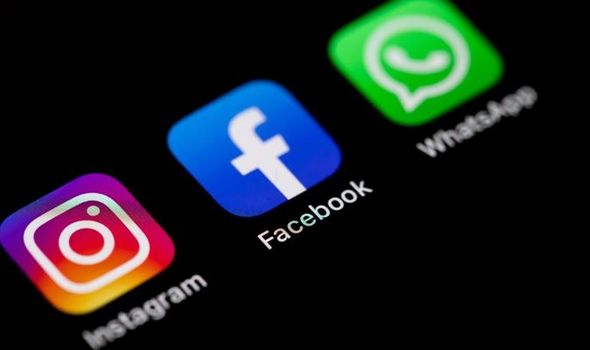 All three networks were hit with shutdowns earlier today leaving, with Facebook first reporting issues at around 4.55pm BST.

Many of the 2.8 billion users who have accounts with one of the three sites have been affected by the outage.

The social media shutdown also prevented Facebook’s 60,000 employees from connecting to the company’s internal communications systems and even meant staff members in California were unable to enter the state’s data centre.

A staggering £36.7billion was knocked off of Facebook’s share value following the malfunction.

Mark Zuckerberg, the company’s founder, is also reported to have lost $7billion in personal wealth.

When users attempted to log-in to Facebook they were met with a 505 error message.

Facebook, which was created by Mr Zuckerberg in 2004, bought out Instagram in 2011 and acquired WhatsApp two years later.

A spokesman from Facebook tweeted during the outage: “We’re aware that some people are having trouble accessing our apps and products.

“We’re working to get things back to normal as quickly as possible, and we apologise for any inconvenience.”