Fake German heiress Anna ‘Delvey’ Sorokin said she wants a ‘second chance’ to stay in the US so she can ‘change the narrative’ of her elaborate cons after spending 18 months in prison.

Sorokin, 31, was put under house arrest on Friday after 18 months in ICE custody. The judge ruled she was not a danger to the public as she posted $10,000 bond.

The interview also gave a look inside Sorokin’s apartment, which featured a piece of art depicting a mock newspaper called ‘The Delvey Crimes.’

Sorokin faces deportation to Germany after completing her criminal sentence in February 2021 – for convictions of grand larceny and thefts totaling $275,000, including stealing at least one flight on a private jet. 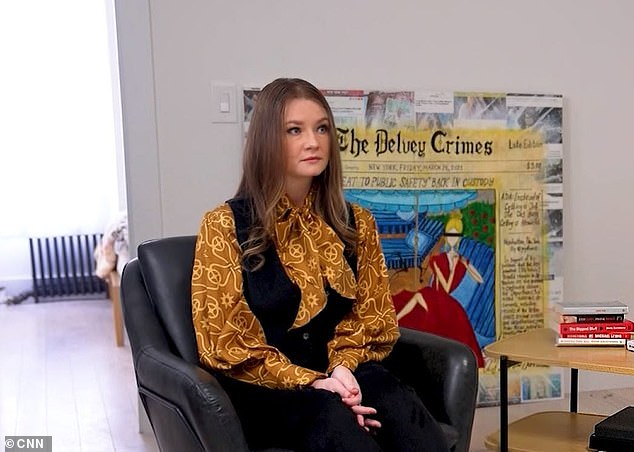 In an interview with CNN’s Jake Tapper  on Tuesday, Anna ‘Delvey’ Soroking said she deserves a ‘second chance’ in the US to ‘change the narrative’ around her crimes 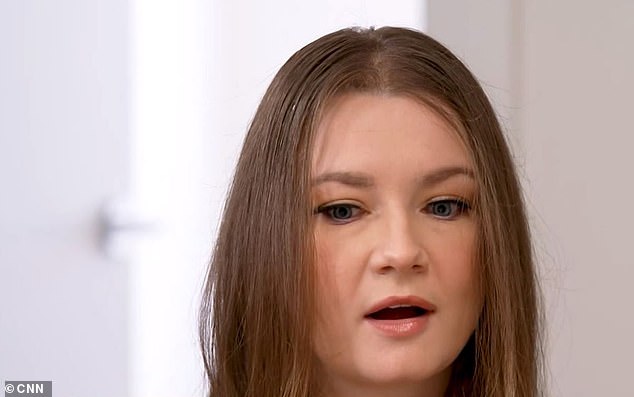 The Russian-born Sorokin said ‘I learned from my mistakes,’ but admitted she took advantage of people 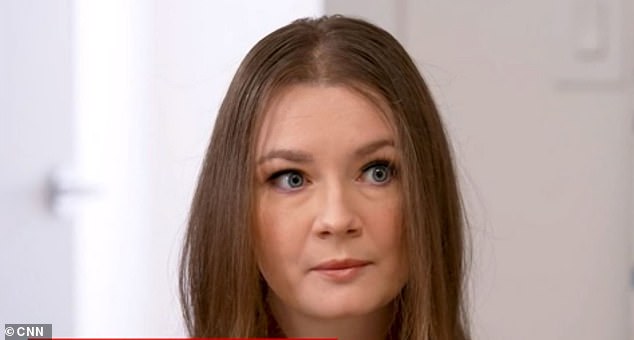 She also claimed that the media have portrayed her in an unfair way, and that portrayal led to her prosecution in 2019

‘I feel like if I were to leave and say “oh whatever I’m just going to move on and like move to Europe” I would be like accepting the labels that they are trying to slap on me,’ she said of her potential deportation.

Sorokin was seen sporting an ankle monitor, as she is not officially out of ICE custody.

In an interview with the New York Times following her release, Sorokin spoke about her bracelet, remarking: ‘Apparently if I have any issues with it, then somebody will come fix it. It’s a 24/7 service. I’m thinking what I can do with it.’

The Russian-born fraudster is also prohibited from using social media, but says she still feels she is ‘getting a second chance to fix my mistakes.’

She claimed that the media have portrayed her in an unfair way, and that portrayal led to her prosecution in 2019.

‘They kind of created this idea of me and I’m just being left to deal with it,’ she said. ‘I’m trying to not glamorize my crimes and not lead anybody to believe that’s the way to get famous.’

Sorokin said she ‘suffered a lot’ as a result of the bad media, but also said ‘I’m not going to go on TV and cry.’

When pressed about her regrets over her scams, Sorokin admitted she ‘definitely did’ take advantage of people.

‘I was younger and I learned from my mistakes,’ she said.

But she also said her crimes would not be so famous if they were done in a different country, implying Americans have a liking for famous fraudsters.

‘I was thinking if I were to be prosecuted in Germany, I don’t think people would really care,’ she said.

Sorokin was spotted on the way to her first parole hearing on Tuesday, as she continues to face deportation proceedings. 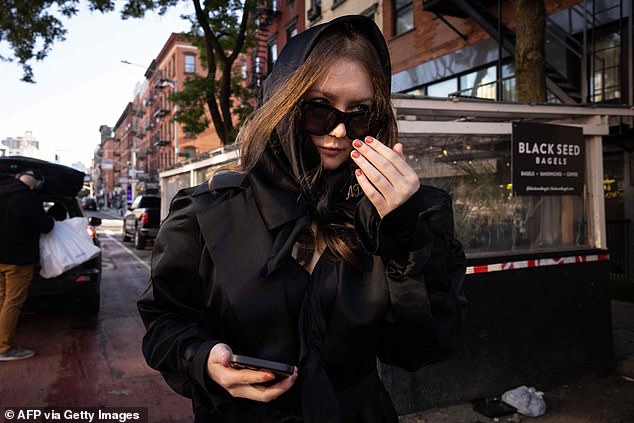 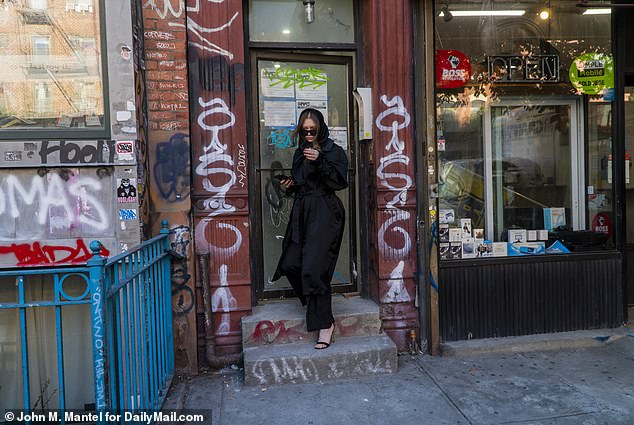 Sorokin was released on house arrest from ICE detention on Friday and was granted a $10,000 bail by a federal immigration court after spending 18 months in prison

Sorokin left her East Village apartment in Manhattan donning a full-black garb, her signature glasses and the ankle monitor.

On Sunday, Sorokin was pictured alongside PR guru Juda Engelmayer, smiling and waving to photographers on a sunny fall afternoon.

The Russian native was dressed in black and wore her famous glasses as she leaned out of the window of her apartment.

Sorokin also hung out with her agent, Chris Martine, on the roof of the building.

While on the roof, Sorokin wore a t-shirt that read ‘Staff.’ It was Martine who posted her $10,000 bond.

The fraudster remained coy about her future plans saying: ‘I have so many projects that I’m working on. Art is definitely one of them.’

She added: ‘I have a lot going on. I’m working on my own podcast with different guests for each episode. But it’s not shaped up yet. It was pretty hard to record anything high quality from jail. And then there’s my book. I’d love to do something with criminal-justice reform to kind of highlight the struggles of other girls.’

Sorokin wants to stay in the US, despite not having a visa. She is originally from Russia but also has ties to Germany.

She sprang to notoriety in 2018 after being arrested for fleecing luxury hotels and restaurants in Manhattan out of hundreds of thousands of dollars.

Her crimes later became the subject of the popular Netflix series ‘Inventing Anna.’

Sorokin has been keeping busy behind bars with multiple media and podcast interviews.

She has been auctioning off her prison sketches and has also written poetry. 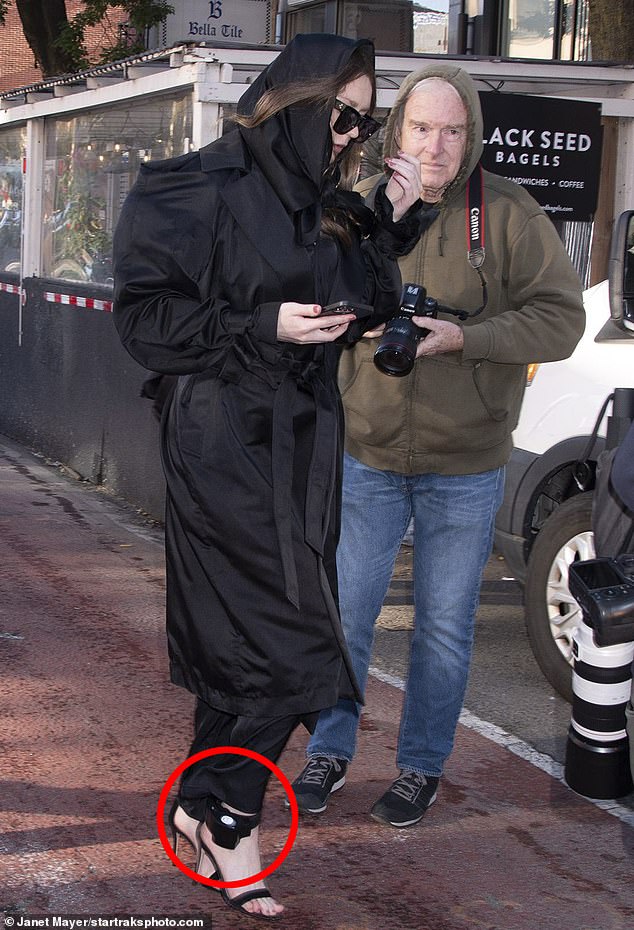 She wrote an exclusive piece for DailyMail.com last month in which she complained that the US immigration system is broken, saying she has spent 18 months ‘foundering in the sinkhole of America’s immigration system.’

‘Once you’re in ICE custody, what happens next is left entirely to ICE. Disturbingly arbitrary nature of the civil immigration detention system allows for immigrants to be held indefinitely without ever having a judge review whether bond or electronic monitoring was an appropriate alternative to detention,’ she added.

‘The jail I’m housed at is famous for its understaffing issue. To help alleviate that issue, in the last few weeks alone, 61 immigrants were removed from this facility without notice and transferred to a facility in Mississippi, where ICE can detain them at a lesser cost.

Now those detainees are far from their local support systems of friends or loved ones, and those who were lucky enough to have lawyers have been stripped of the ability to communicate with them readily and in person. Hearings held remotely are not opportune for defendants to consult with their attorneys during the proceeding.’ 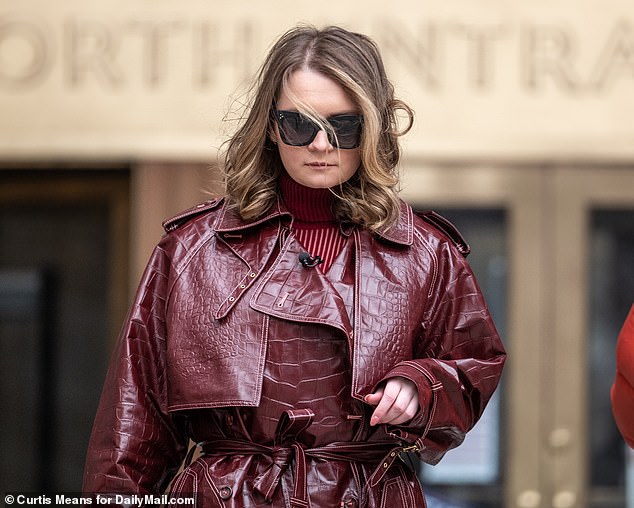