Dozens of rivers and streams are at or overflowing their banks in the Upper Midwest and Gulf Coast as the regions deal with rainfall measured in feet, not inches.

In the last two weeks, 15 to 20 inches of rain has fallen in the heartland with all of the stormy weather.

The threat for tornadoes will lessen in most of the country after over 400 reported in the last two weeks, but the flood risk increases as the water begins to drain from 2 weeks of heavy rain!!

Several levees are beginning to fail and some already failed, including a breach in Dardanelle, Arkansas, Friday morning. A small number of homes have been evacuated.

West of Kansas City, a dam near Sabetcha, Kansas, could fail in the next couple of days with all the runoff water. 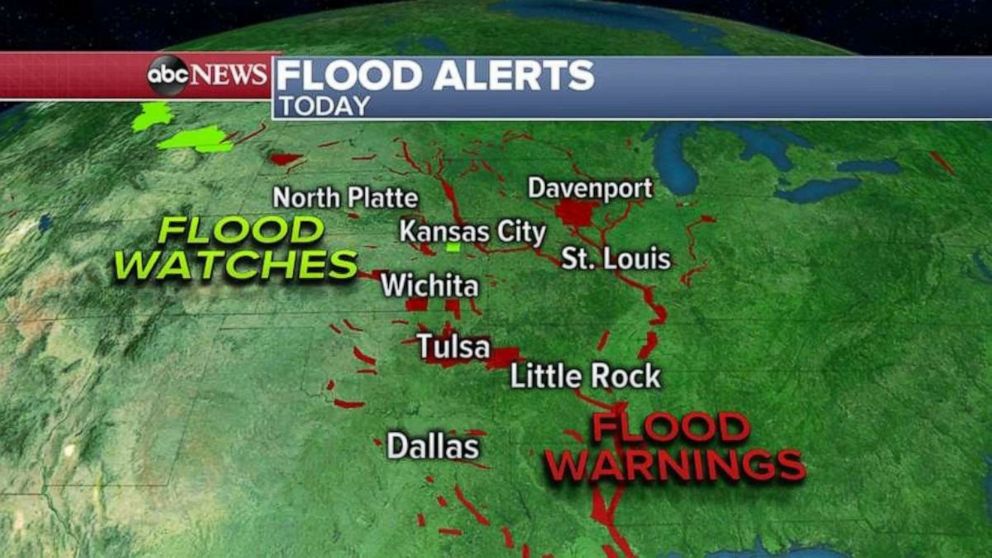 The good news for now is that there is not a lot of rain expected in the central US over the next few days.

The severe storms on Friday will be in the Carolinas, Great Lakes and western Texas. The tornado threat is small, but gusty winds and some hail are possible. 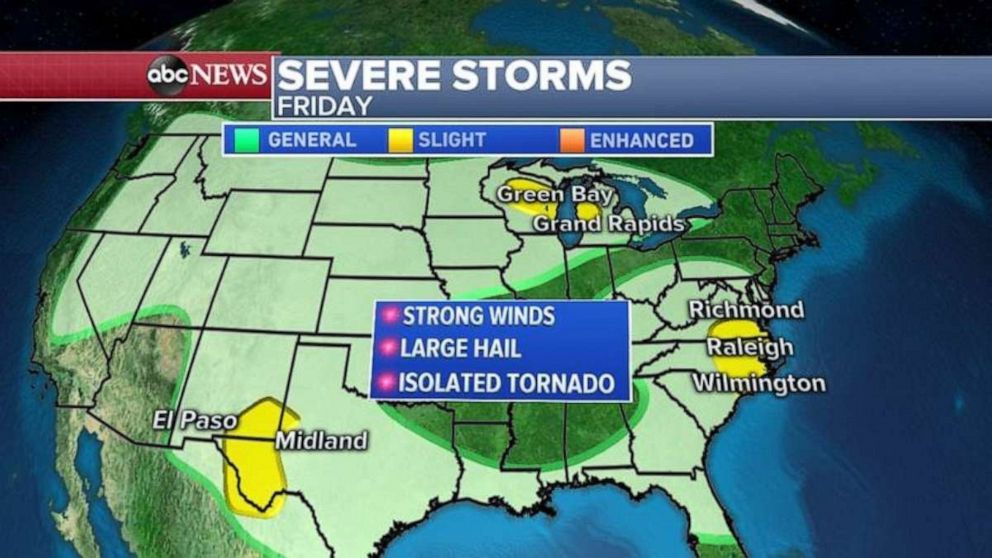 There is some bad news, as a new storm system will bring more rain early next week for the Southern Plains.

Some areas could see up to 4 inches of rain in the flood zone. 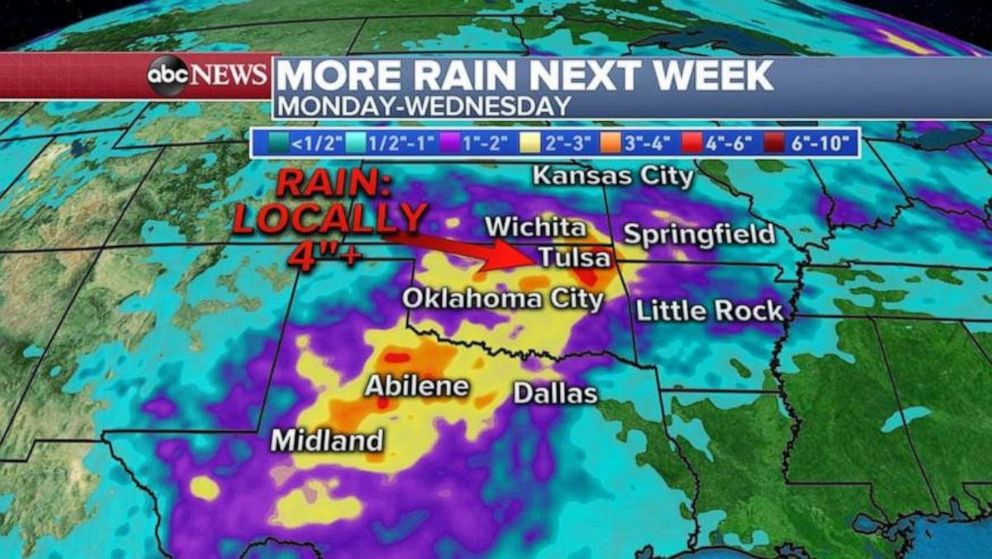