Hurricane Ian makes its way towards the west coast of Florida

Storm Ian made its way towards the west coast of Florida on Wednesday with winds of over 100mph reported in the US State. The approaching hurricane has weather watchers concerned with one meteorologist posting on Twitter: “Going to be a dangerous day so be ready!”

On Wednesday at 11 am Ian was around 50 miles (80 km) southwest of Punta Gorda, Florida, with sustained winds of 155 miles per hour (250 km per hour), the US National Hurricane Center said.

That was just shy of a Category 5 designation, which is the most severe storm classification with sustained winds of at least 157 mph, though Ian was expected to weaken after hitting land, the center said.

Forecasters say Ian would unleash wind-driven high surf, torrential rains that may cause coastal flooding of up to 12 feet (3.7 meters) along with intense thunderstorms and possible tornadoes. The storm’s outer bands were already bringing heavy winds and rains to much of the Gulf Coast on Wednesday morning.

“I wish this wasn’t a forecast that was about to come true. 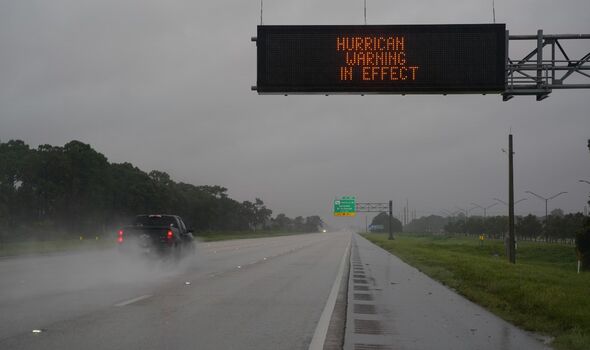 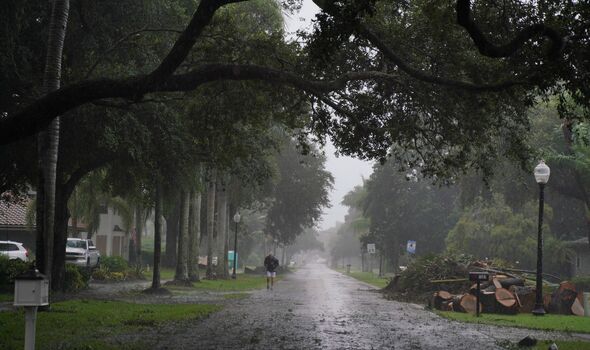 This is a storm that we will talk about for many years to come, an historic event,” said Ken Graham, director of the National Weather Service.

The hurricane was expected to crash into Florida at about 2 p.m. (1800 GMT) in Charlotte County, about 100 miles south of Tampa and just north of Fort Myers. The region is home to miles of sandy beaches, scores of resort hotels and numerous mobile home parks, a favorite with retirees and vacationers alike.

Earlier this week, authorities told more than 2.5 million residents to evacuate, but some, like Mark Feinman, a professional musician in St. Petersburg, chose to stay put.

“There’s absolutely no one on the roads here,” Feinman, 36, said early on Wednesday. “The sky is this weird, ominous gray, and you can feel the wind gusts and the rain hits every little while. You can feel it in the air. My ears popped.”

Feinman said he does not regret his decision to stay; he feels his house is secure, and fortunately for him, the storm jogged to the south of earlier forecasts, which showed it making a direct hit on the Tampa-St. Petersburg area.

“We still expect it to get bad here. But I’ve boarded up, put down sandbags. We’re stocked up on supplies. I guess ready or not, it’s coming.”

Ken Wood, a bridge tender in coastal Dunedin, heeded the evacuation orders and drove about 250 miles northwest to Tallahassee, where he will weather the storm. 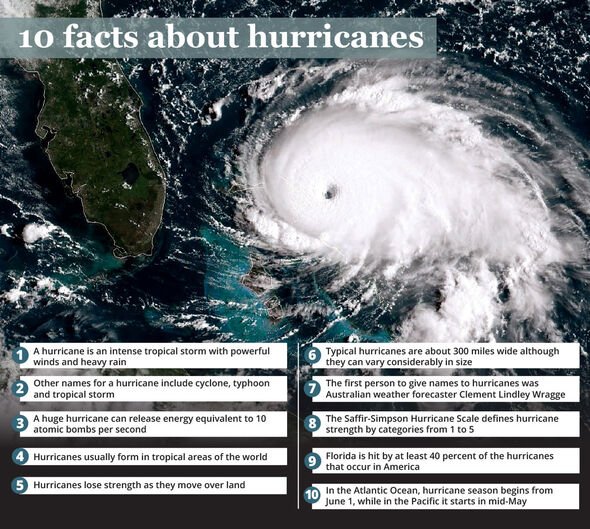 There is also evidence that it is causing storms to travel more slowly, meaning they can dump more water in one place, scientists say.

“Hurricane Ian’s rapid intensification could prove to be another example of how a warming planet is changing hurricanes,” said Kait Parker, meteorologist and climate scientist at IBM’s weather.com. “Research shows we are seeing this far more often than we did in decades past.”

More than 169,000 homes and businesses were without power in Florida on Wednesday morning.