A man brandishing a piece of his smashed car chased after another driver after the pair played dodgem cars on a busy motorway.

Dashcam footage shows a silver hatchback attempting to split two cars in a dangerous overtake on a Sydney highway.

The silver hatchback collides with a white Toyota station wagon, before later footage shows it appearing to ram the white vehicle on purpose. 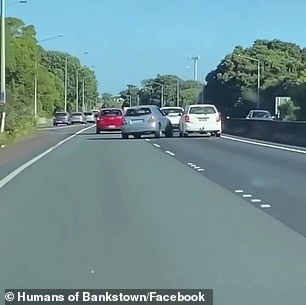 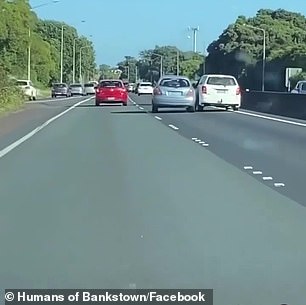 The Nissan then cuts off traffic attempting to take an offramp, and at some point off camera having a crash that write off his car.

Video then cuts to a man in orange high-vis standing next to the wreck of his hatchback with its bumper bar torn clean off and lying on the road.

Even crazier footage show the man chasing after another man, presumably the station wagon driver, holding aloft a piece of his smashed car.

The other man, wearing white with a bum bag strapped across his chest, is desperately running away as the enraged man in high vis chases closely behind.

The dashcam footage from a driver behind the silver Nissan show the driver dangerously attempting to split two cars before clipping the back of the white Toyota. 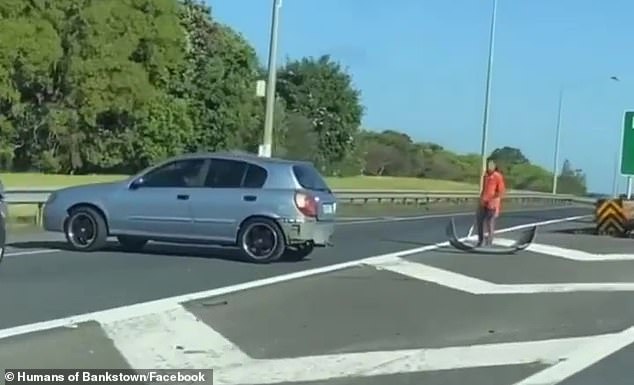 The Nissan then cuts off traffic attempting to take an offramp, with a man in orange high vis standing on the freeway with a piece of his broken car 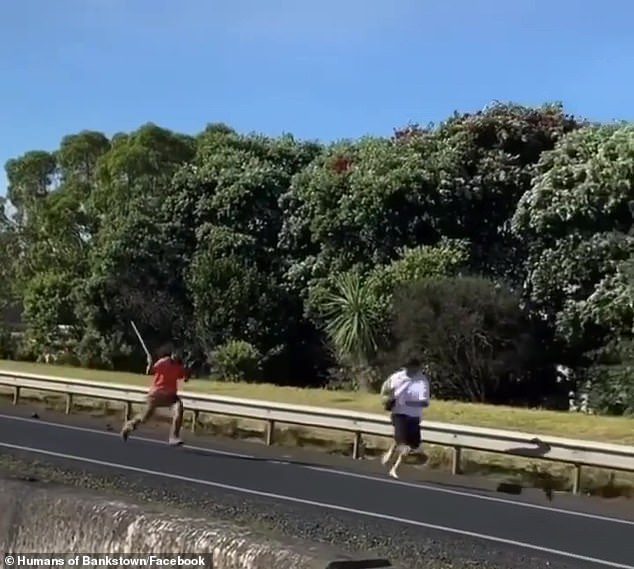