TAPACHULA, Mexico (Reuters) – Many of the Central Americans who lined up for papers at an asylum office in southern Mexico said they could abandon plans to reach the United States and remain in Mexico if U.S. President Donald Trump clamps down further on migration. 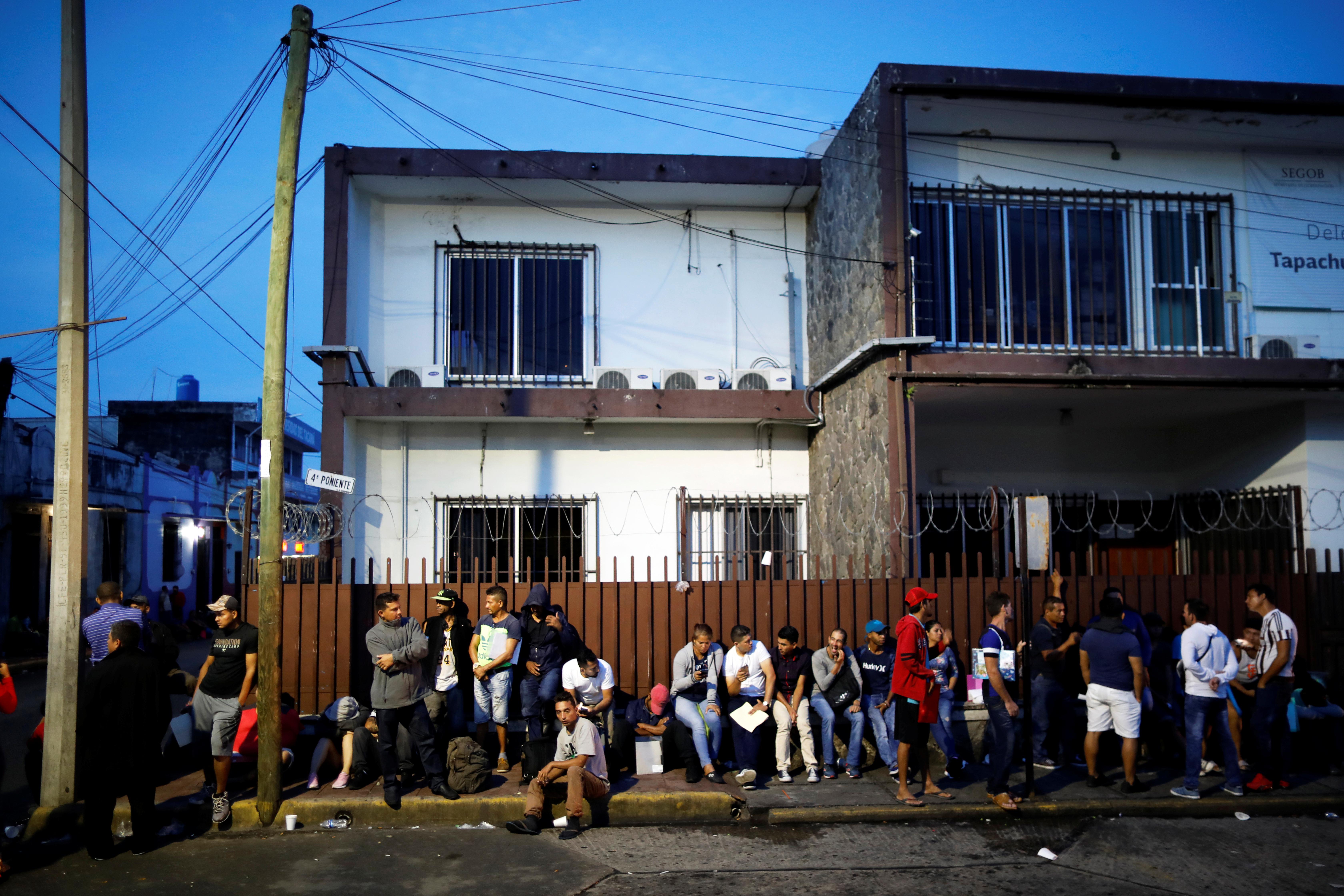 Mexico is ramping up security on its southern border with Guatemala as part of an agreement with Washington after Trump threatened to impose tariffs on Mexican goods if the government did not stem the flow of migrants reaching the United States.

As part of that effort, Mexico has pledged to deploy 6,000 National Guard members along the border. Reuters reporters in Tapachula, a city near the frontier visited by many migrants, saw no evidence of that deployment there on Saturday.

Under U.S. pressure, Mexico has agreed to expand a program started in January that forces migrants to wait in Mexico for the outcome of their U.S. asylum claims. The United States began accelerating returns of asylum seekers to Mexico on Thursday.

In addition, if Mexico does not reduce immigration flows by mid-July, it could become a “safe third country” where asylum seekers must seek refuge instead of in the United States.

In the southern Mexican state of Chiapas, the overburdened COMAR refugee office in Tapachula has seen a surge of asylum seekers. It is one of only three such offices in the country.

People waiting in line outside the office said they would take their chances in Mexico if their only other choice was to return to violence-plagued Central America.

Thousands of families have fled poverty and rampant crime in Honduras, El Salvador and Guatemala in the past year, making their way through Mexico to the United States.

“If we have no other option then yes, we could remain in Mexico because we really cannot go back to Honduras,” said Dagoberto, 34, waiting in line in the blazing midday sun on Friday with his partner, Jose.

Dagoberto said he had been threatened in Honduras when the business he worked for was taken over by a criminal gang. He was asking COMAR for a humanitarian visa to allow him to reach the U.S. border.

Dagoberto and Jose, who hope to get married if they reach the United States, declined to give their surnames, saying the gang that forced them out of Honduras had international reach.

Nidia Martinez and her three children slept the previous three nights on the sidewalk in front of the COMAR office, where she is seeking a credential to let her to travel north toward the U.S. border.

“I want to get to the United States. If I can’t, then Mexico is a good place to live,” she said, citing a sense of increased security she felt since arriving in Tapachula.

“In Honduras, you can’t sleep on the street because they’d rob you. They’d rape you or kill you,” Martinez, 28, said, beaming with relief that she and her children had not been assaulted in Tapachula.

But safety in their case depended on sleeping just outside the refugee office. Migrants in other parts of the city and throughout Mexico often face extortion, kidnapping and worse by criminals or corrupt government officials.

Martinez said she may look for her mother – who lives in Puebla, Mexico – and arrange to live with her and find work. But she says she cannot go anywhere without the COMAR document.

“We have to sleep and wake up here because without that credential they will grab us and deport us if we try to travel.”

Her 20-month-year-old daughter Litzy looked up at her, smiling in a fleece hoodie decorated with blue hearts, her hair tied with a purple band. Later in the day, they were forced by a tropical downpour to cram themselves into doorways to stay dry.

Also sleeping outside for a chance at an interview in the refugee office was Hernando Gustavo Velazquez, 45, who arrived from Honduras a week earlier with his sister and nephew.

Velazquez said that if he were unable to achieve his dream of reaching the United States, then Mexico would be a lot better than returning to Honduras.

“Here we have not seen any extortion,” he said. “In Honduras, when they threaten to kill you for not paying for protection, they’re not lying.”