A former teacher at a Christian college in Melbourne’s east has pleaded guilty to sexually assaulting two of his former students. 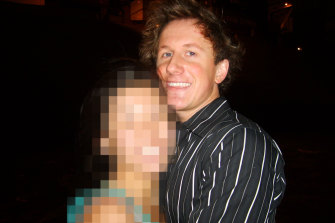 The prosecution withdrew 11 charges, including four counts of rape.

Mellody, a former youth pastor with the Salvation Army, was granted bail on strict conditions in November last year that required him to live with his parents and banned him from any contact with his six-month-old daughter.

However, he was charged with attempting to pervert the course of justice and committing an indictable offence while on bail in August after he allegedly tried to coerce the victim in the matter “to either withdraw or change her statement to benefit the court outcome”, according to court documents.

He was arrested and placed on remand. Prosecutor Sam Profitt said on Friday the two charges laid in August had also been withdrawn.

Magistrate Donna Bakos read the remaining charges to the court and asked Mellody, who was dressed in a green jumper and wore a blue face mask, how he would plead.

“I plead guilty, your honour,” he replied.

He will face a plea hearing on March 3 in the County Court.

Within two weeks of his arrest, a second student from the same school came forward, telling police Mellody sexually assaulted her.

Police alleged he persuaded the first complainant to sneak out of her home at night and regularly took her to the college where she studied.

On at least one occasion, the alleged victim was instructed by Mellody to wear her school uniform, according to court documents obtained by The Age.

In a November 6 letter sent out by the school to parents, the school said it was “deeply shocked and appalled” by the allegations, confirmed it had sacked Mellody and said it would conduct its own investigation.

If you or anyone you know needs support, you can contact the National Sexual Assault, Domestic and Family Violence Counselling Service on 1800RESPECT (1800 737 732).