Geneva will introduce ‘the world’s highest minimum wage’ of £41,430 a year – around £3,500 a month – after two-thirds backed it in referendum

The Swiss city, which has a voter population of around 500,000, held a referendum with two-thirds backing the new measure.

The alterations, which had been rejected by voters twice before in both 2011 and 2014, will now come into effect from October 17. 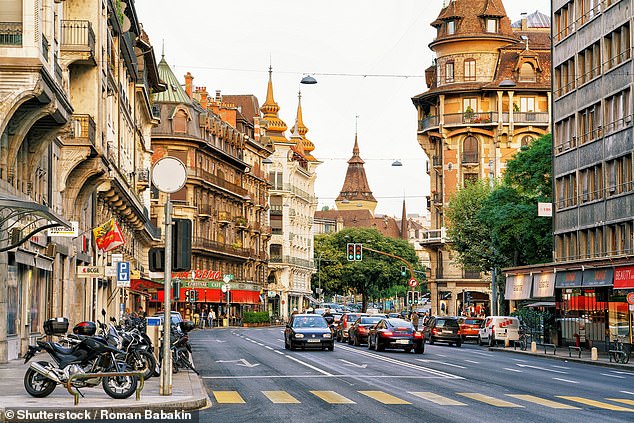 Geneva is the world’s second most expensive city, according to a cost-of-living index compiled by Expatistan.

But it was hit particularly hard by the outbreak of Covid-19 due to its reliance on revenue from tourists and business visitors.

It has suffered growing coronavirus-linked poverty as families have become increasingly reliant on provisions from food banks – with queues of more than half a mile long forming at the peak of the pandemic.

Michel Charrat is the president of the Groupement Transfrontalier Europeen – an organization that represents cross-border workers in France and Switzerland.

He told the Guardian that the vote represented a ‘mark of solidarity’ across the economic divide in Geneva.

Mr Charrat said: ‘Covid has shown that a certain section of the Swiss population cannot live in Geneva.’

He added the measure would benefit 30,000 low-paid workers – with two-thirds of them being women.

The new minimum wage was initially proposed by the Left-wing parties in Switzerland who argued that its introduction was the best way to address the rising cost of living. 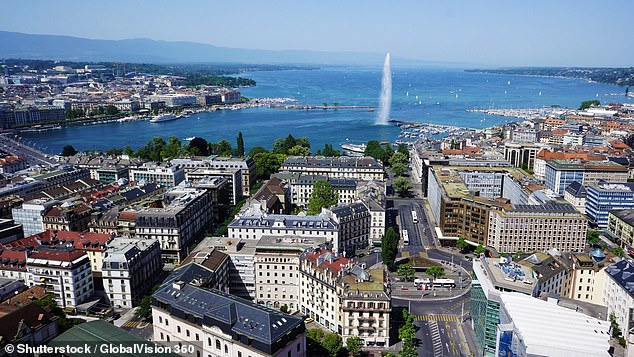 Those on the Right had instead suggested adopting a limit on immigration from EU member-states as a way of tackling the crisis – but voters rejected this proposal.