Three Georgia officers were wounded early Monday after a police chase led to a gunfight that left one suspect dead and another in custody, authorities said.

The car initially stopped but quickly sped off with the trooper in pursuit until a passenger in the suspect vehicle opened fire on the patrol car, disabling the vehicle. 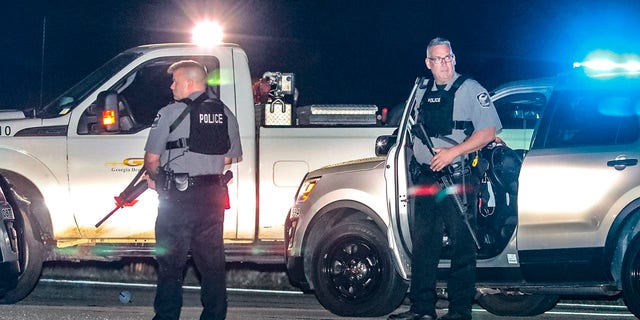 Georgia authorities say multiple officers were injured when the passenger of a car shot at them during a police chase that ended with one suspect killed and the other arrested. (John Spink/Atlanta Journal-Constitution via AP)

Local police from Carrollton responded and joined the chase. The passenger fired at a police car, striking an officer who then lost control of his vehicle and crashed into a utility pole, Carrollton Police Chief Joel Richards said.

Police continued to chase the suspects as their vehicle turned down a side road. Officers took on more gunfire, and one officer from the Villa Rica Police Department was shot twice, Villa Rica Police Chief Michael Mansour said. 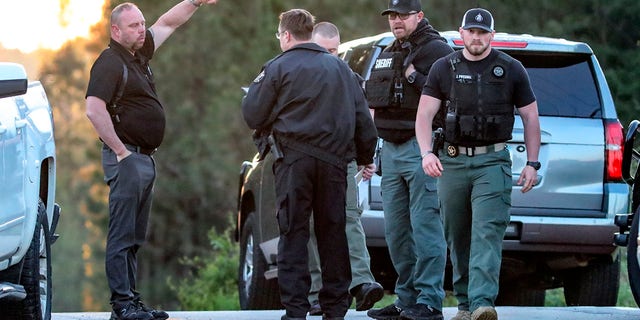 No details on the conditions of the three wounded officers were immediately provided. (John Spink/Atlanta Journal-Constitution via AP)

Officials did not immediately provide details on the conditions of the wounded officers.

One suspect was shot and killed, while the other was taken into custody “after a negotiation” and was being held in the Carroll County jail, Langley said. Neither suspect was immediately identified. 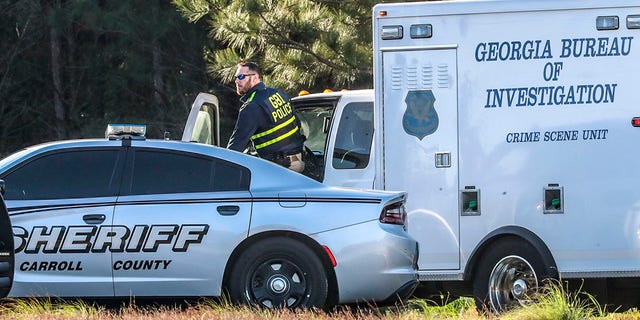 The Georgia Bureau of Investigation was leading an investigation into the shooting. (John Spink/Atlanta Journal-Constitution via AP)

“It could have been a lot worse, and we’re thankful and we pray for the speedy recovery of those officers,” Langley said.