DEFENDERS of death-row alpaca Geronimo yesterday barricaded themselves in with cars.

Owner Helen Macdonald’s “militia” blocked entry to her farm by padlocking a gate and parking a black Volkswagen behind it. 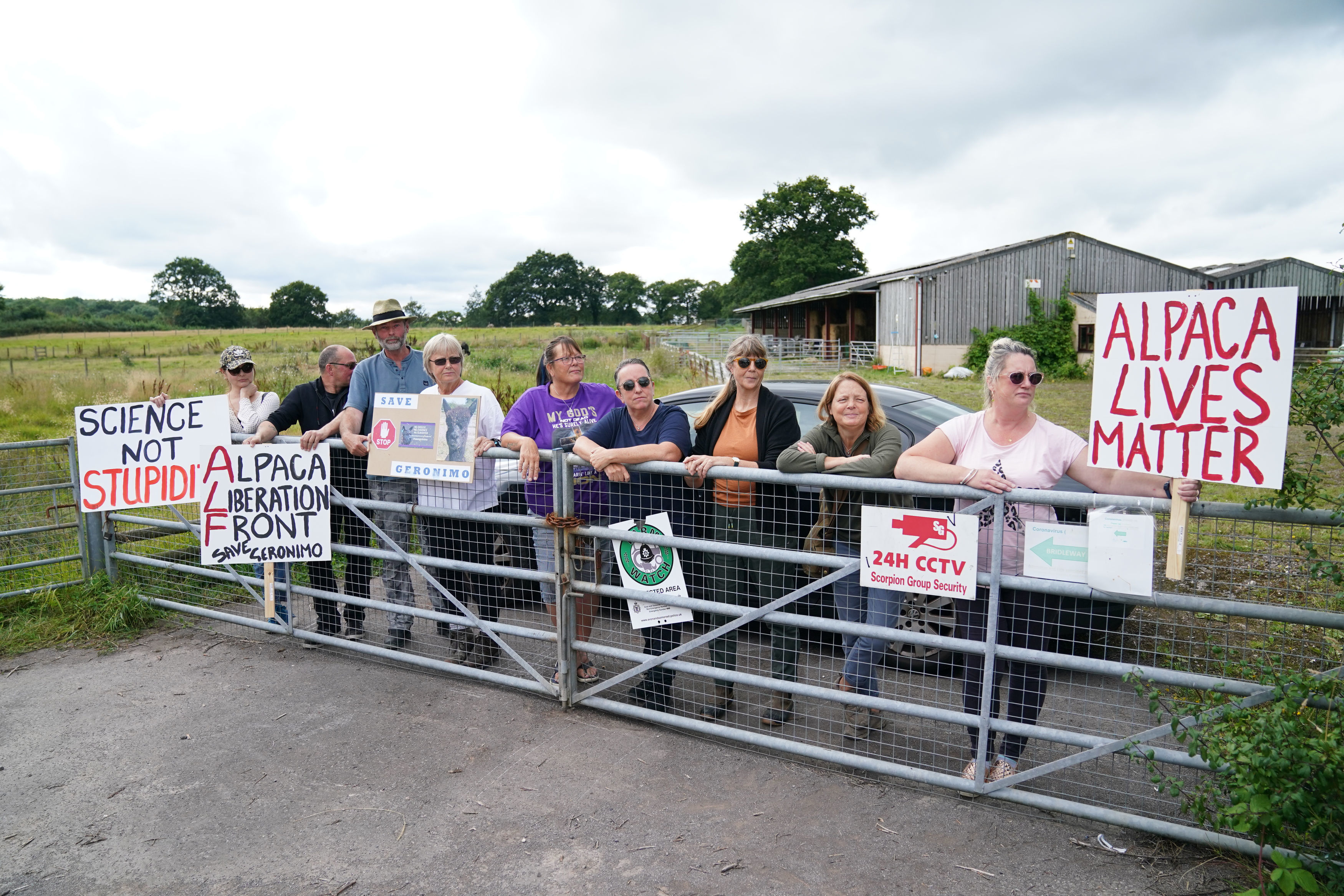 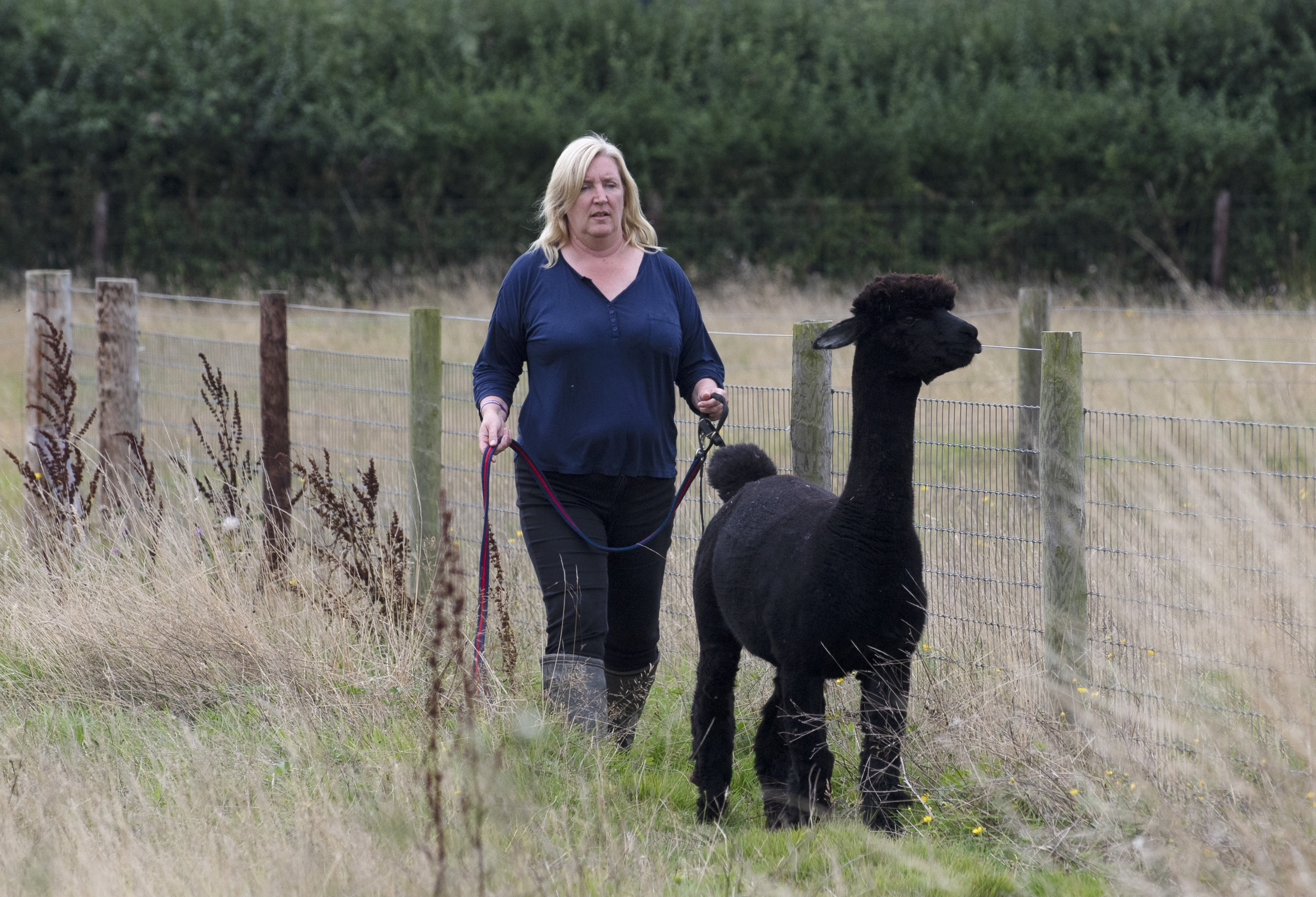 The attempt to fend off a visit from the Government’s firing squad was beefed up by ten “Alpaca Angels” — farmers and activists who support TB-infected Geronimo and have a fleet of vehicles on hand.

Helen, 50, has vowed to keep fighting the Department for Environment, Food and Rural Affairs, which has until September 4 to execute her animal.

A High Court judge on Wednesday threw out her last-ditch attempt to save him, though officials told her they would not try to enforce the warrant before 5pm today.

Battle plans could involve putting Geronimo among four other alpacas in a pen at Wickwar, Gloucs, to confuse the hitmen.

“There are really safe solutions and the Government is choosing the worst possible scenario in permanent destruction.”

Geronimo has tested positive for bovine TB twice since arriving from New Zealand in 2017.

But Helen, who has spent £50,000 in legal fees, says he was primed with the protein tuberculin, which sparked false positives, and wants a final test.

A petition supporting Geronimo got 134,000 signatures.

A Defra spokesman said: “We are sympathetic to Ms Macdonald’s situation but bovine TB is one of the greatest animal health threats we face today.

“It causes devastation for rural communities while costing taxpayers £100million a year.”