Police in Spain have released dramatic footage of the arrest of Irish fugitive Gerry Hutch in a restaurant last week.

The 58-year-old, known as ‘The Monk’, has been on the run for five years and is wanted in Ireland in connection with an attack at the Regency Hotel in north Dublin in 2016.

During the shootings, which Hutch has been accused of orchestrating, five gunmen – including three dressed in fake Irish police uniforms and armed with AK47s – burst into a boxing tournament weigh-in and opened fire. 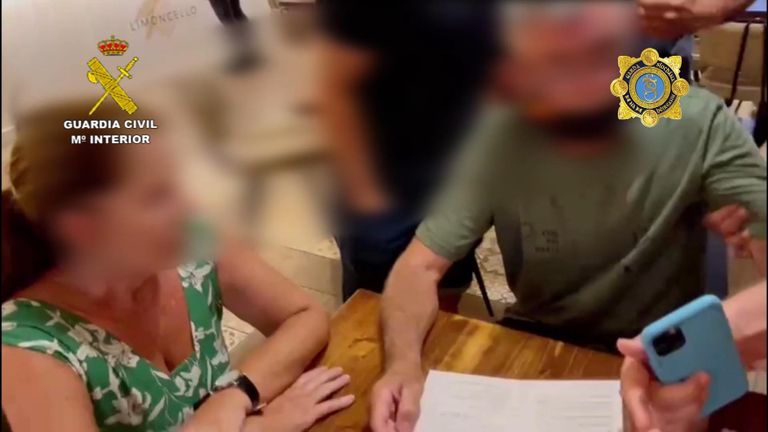 In newly released footage from the arrest last Thursday, Spanish police enter a restaurant on the Costa de Sol and confront Hutch, after he sat down in a restaurant with a woman.

Officers then took Hutch to a toilet, where they handcuffed him and searched his bag before escorting him into the back of a police car.

Spanish police said they had been looking for Hutch in the Canary Islands in April but did not find him there.

He was later tracked down to a house in the centre of Fuengirola, a town in southern Spain.

Spain’s civil guard placed the property under surveillance and said it appeared Hutch had support in the area. 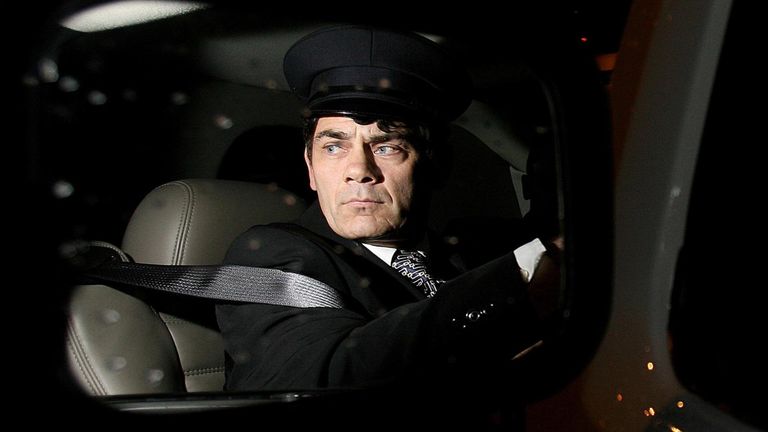 “It had a logistics network that provided what is necessary so he didn’t have to leave his hiding place,” police said.

A surveillance team followed him last Thursday when he left the property to go to a restaurant.

“He leaves his home walking through the busy streets of the centre of Malaga town, very focused on his safety, making numerous stops and [direction] changes, until he accesses a well-known restaurant, where he is detained by civil guard agents, carrying false documentation at that time,” police said.

The house Hutch was staying in was searched by Spanish officers last Friday at the request of Irish authorities. 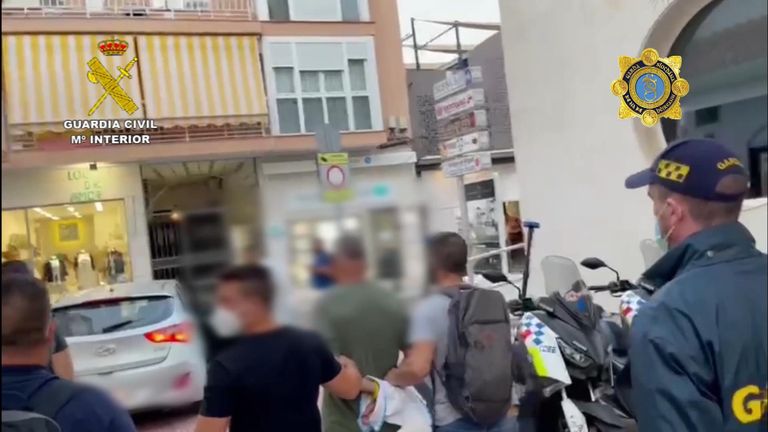 The operation also involved An Garda Siochana, the Irish police service, and Europol.

Hutch is accused by police of leading one of two “criminal groups” engaged in an underworld feud.

The Hutch-Kinahan feud apparently deteriorated in 2015 when Gerry Hutch’s nephew was murdered in Spain.

Police had said the Regency attack was a “clear act of revenge” targeting the Kinahan side.