REPUBLICAN congressman Thomas Massie has faced a severe backlash after he posted a Christmas photo of his family all posing with firearms, just days after the deaths of four teenagers in the Oxford High School shooting. 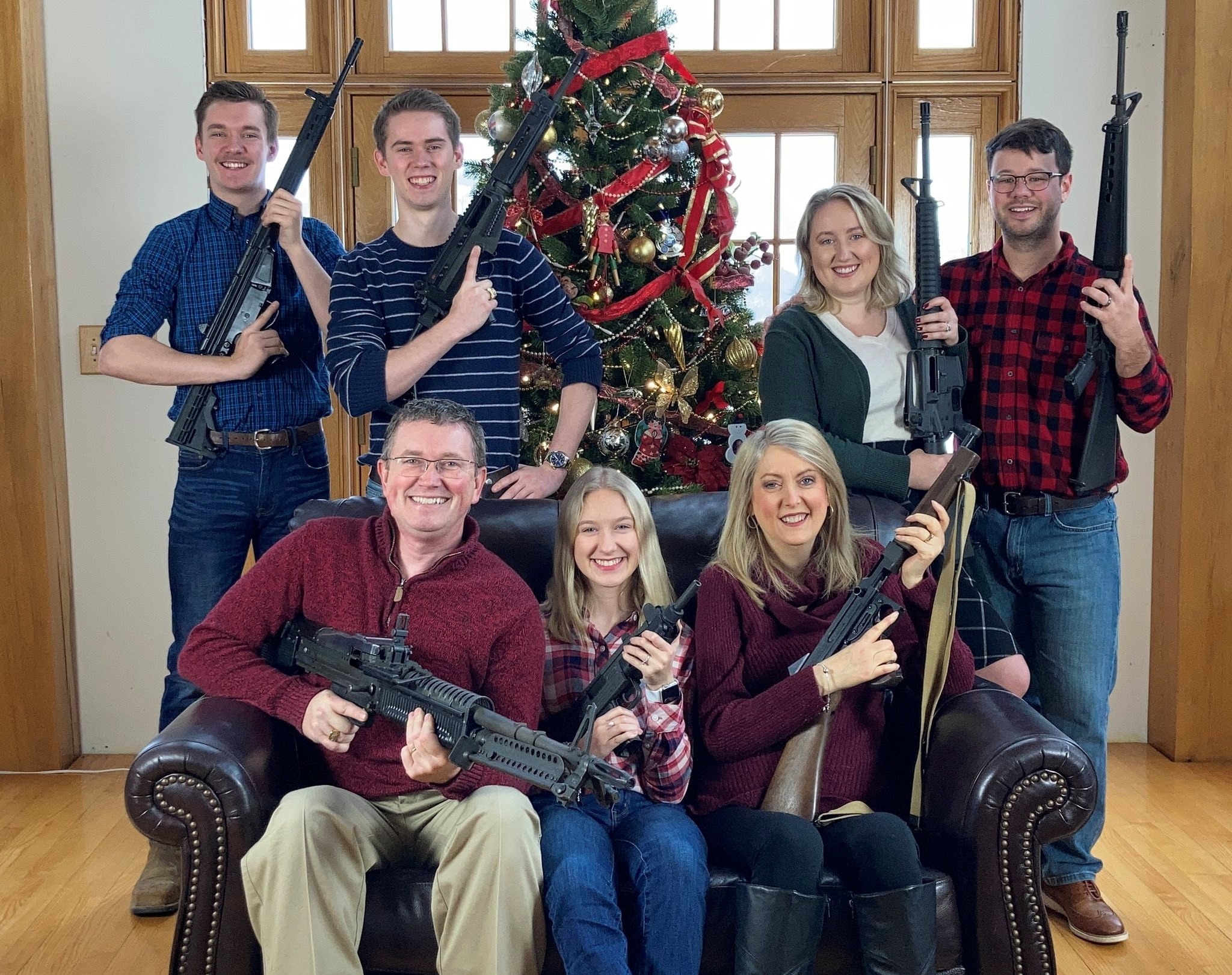 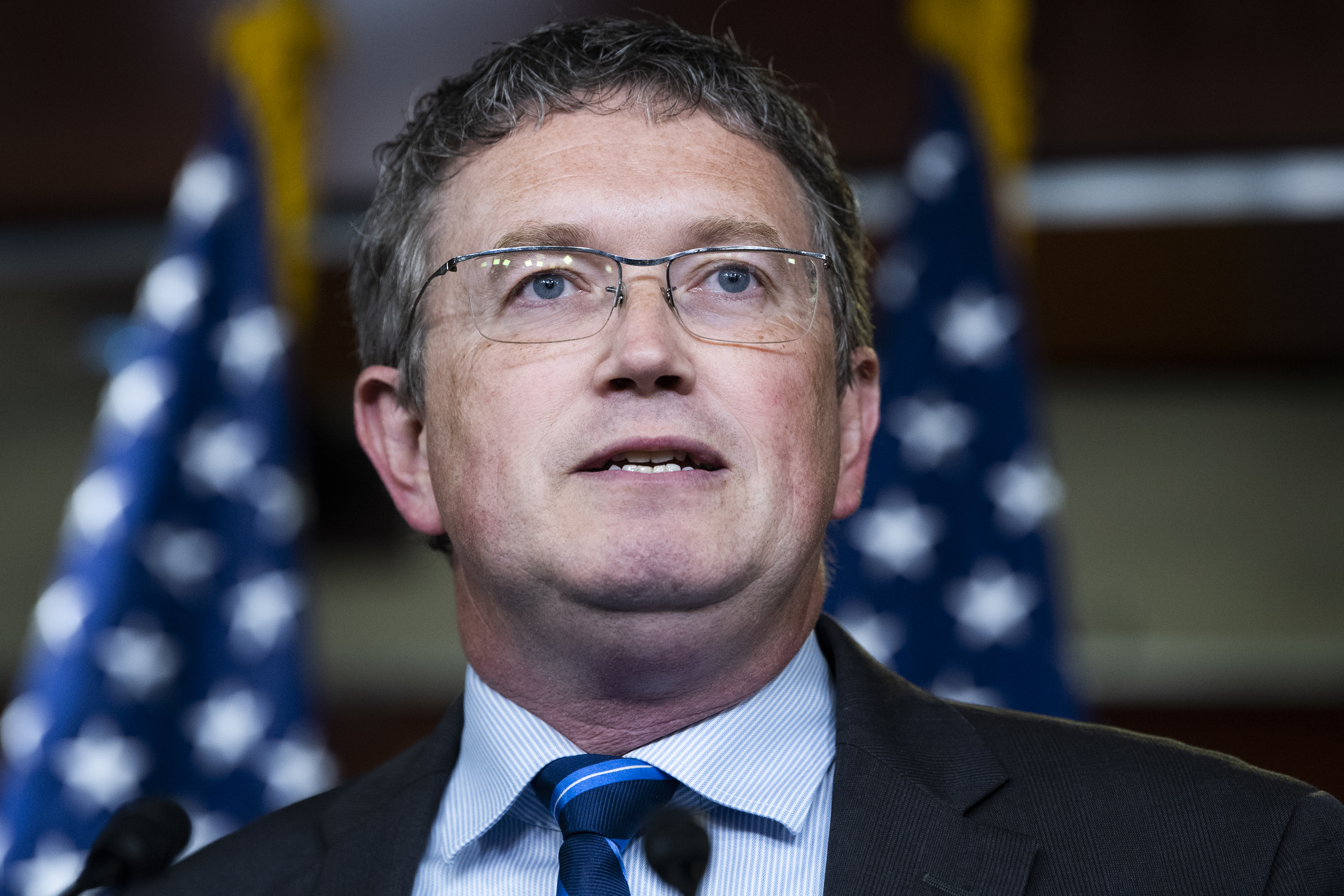 Massie is seen posing with his wife and members of their family in front of a Christmas tree in a holiday card-style image.

Massie, who represents a solidly Republican district, posted the picture of himself and six others holding firearms resembling an M60 machine gun, AR-15 semi-automatic rifle and a Thompson submachine gun.

Ethan Crumbley, 15, allegedly opened fire at his school in Michigan, although he has pleaded not guilty to the crimes.

He was charged as an adult on 24 counts including four charges of first-degree murder and one count of terrorism.

His parents, James and Jennifer Crumbley, have also been charged in connection with the shootings, and they have also pleaded not guilty

They are said to have bought him the firearm as an early Christmas present on Black Friday.

Democratic US Representative John Yarmuth, who chairs the US House of Representatives Budget Committee, condemned his fellow Kentuckian's post.

"I’m old enough to remember Republicans screaming that it was insensitive to try to protect people from gun violence after a tragedy," Yarmuth wrote on Twitter, apparently referring to calls for gun control laws.

"I promise not everyone in Kentucky is an insensitive a**hole," he added.

The dad of Joaquin Oliver, who was among the 17 victims murdered in the 2018 school shooting at Marjory Stoneman Douglas High School in Parkland, told CNN the post should send a message about who the country should and should not elect.

“That is a huge part of the problem. We have some elected leaders like this one,” Manuel Oliver said.

“I don’t know if he’s trying to be ironic, funny or what… This is also something that should teach us who we should elect and not.”

Fred Guttenberg, whose daughter Jaime was also killed in the Parkland school shooting, also hit out at Massie and shared photos of his late daughter and her gravestone on Twitter.

“@RepThomasMassie, since we are sharing family photos, here are mine,” he tweeted.

“One is the last photo that I ever took of Jaime, the other is where she is buried because of the Parkland school shooting.

“The Michigan school shooter and his family used to take photos like yours as well.”

Massie’s post though has gained nearly 54,000 likes on the social media site.

One poster wrote: “Look at the picture, they have nothing to fear.”

Another added: “A family with good trigger discipline.”

Massie celebrated the acquittal of Kyle Rittenhouse last week, after he faced a homicide trial over the shooting dead of two men and injuring a third during a night of unrest in Kenosha last year.

He was also one of only 21 House Republicans who voted against giving the Congressional Gold Medal to Capitol police officers who defended the building from attack during the January 6 insurrection. 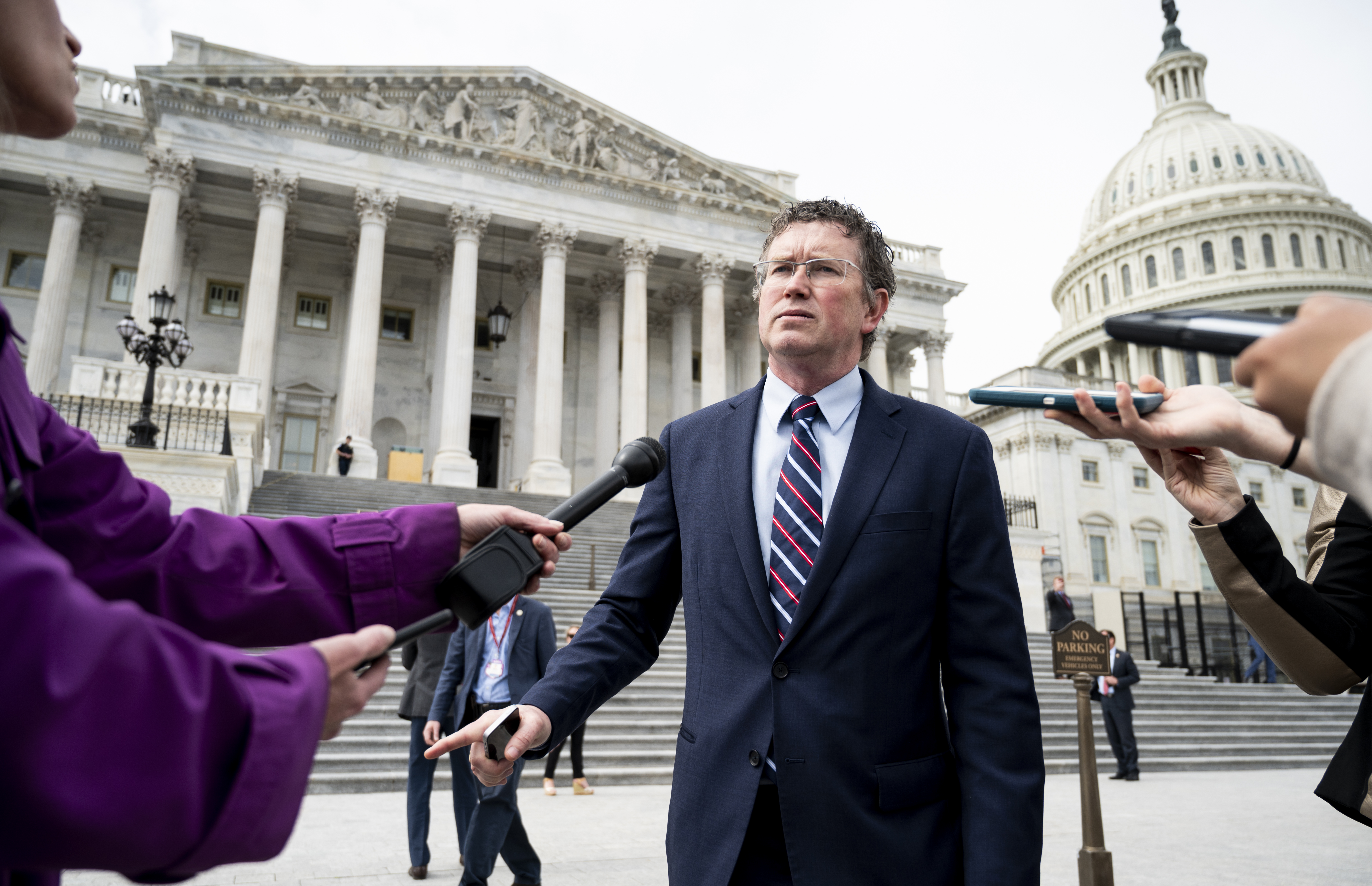 Standing by him. Danny Masterson is relying on wife Bijou Phillips in the months leading up to his sexual assault trial. Danny Masterson’s Sexual Assault Trial: Everything to Know “Bijou has been a total rock,” a source exclusively reveals in the new…

Martin Lewis explains how to get £150 FREE from your bank