Gucci sales assistant, 27, weeps in court as she is spared jail despite stealing £1,580 from the fashion giant’s till at Selfridges to fund her father’s deportation fight

A Gucci sales assistant wept as she was spared prison for stealing money from the luxury goods firm to fund her father’s legal battle against deportation.

Shaneka Badi, 27, of Dalston, East London, took £1,580 from the till at the Gucci concession stall at Selfridges on Oxford Street in February last year.

Badi, who had also worked for Christian Louboutin and Prada, took the cash after the Home Office threatened to send her father back to Jamaica, Westminster Magistrates’ Court heard.

She stole it by borrowing a colleagues’ pass to open the till and take the notes.

District Judge Paul Goldspring said: ‘I don’t need to tell you how serious this is or how stupid you are. You didn’t just steal a tenner here, a tenner there.

‘This isn’t a case where the till was left open. This is a case where she took steps to conceal her role, she asked someone else to use their code.’

Defence counsel Ciju Puthuppally said: ‘It was a moment of desperation.’

Mr Puthuppally explained that she was estranged from her mother from the age of ten and was close to her father.

He added: ‘Ms Badi doesn’t have any other parental figures. She had worked at Gucci for a year. Before that, three years at Christian Louboutin and two years at Prada.’ 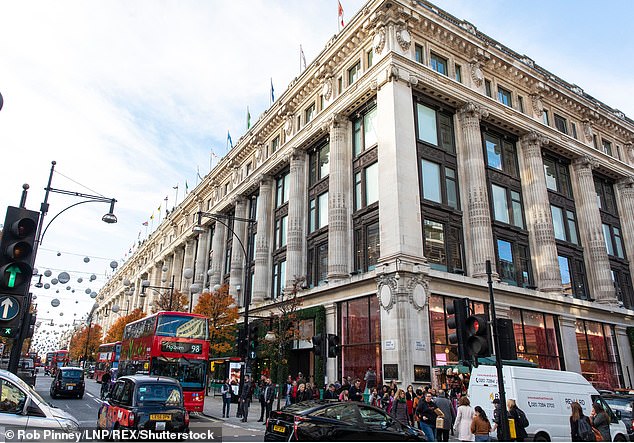 The court heard Badi was currently working at a jewellers, earning £1,700 a month.

Mr Puthuppally explained that her aging father was told that he would be deported: ‘They were desperate circumstances.’

The judge said: ‘I am prepared to proceed on the basis that the motive for the theft was to help challange your father’s deportation. I am not unsympathetic.

‘I am satisfied that your motivation for this was not greed. Everybody who shops suffers – if there’s no theft, prices would be a lot lower.’

Badi admitted a single count of theft by employee. She was handed 200 hours of unpaid word and ordered to repay money at a rate of £100 a month.