Home » World News » Hero boy, 9, hacked to death with machete in front of mum as he tried in vain to defend her from rapist

A BOY was hacked to death with a machete while defending his mum from an alleged rapist.

The nine-year-old was sleeping when he was woken by the sound of an intruder attacking his mother at their home in East Aceh, Indonesia. 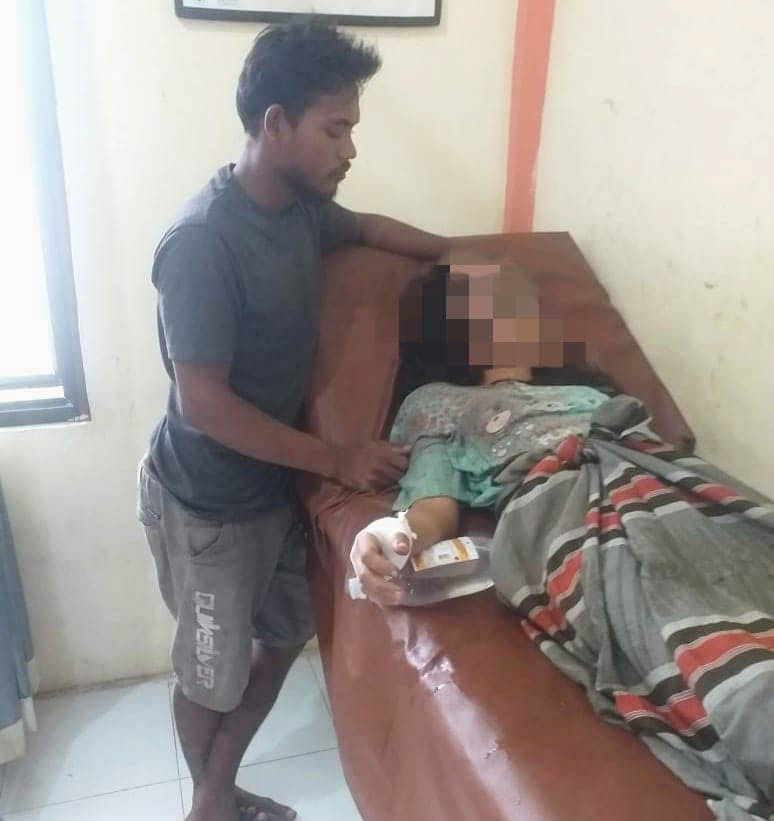 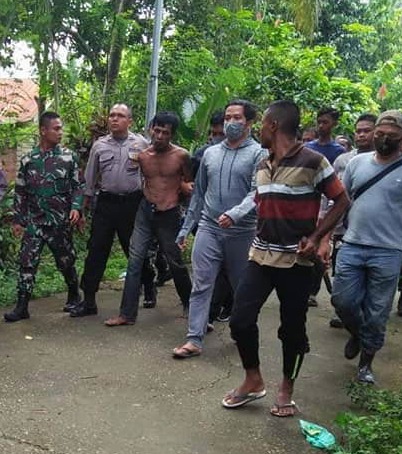 With his father away at work, the lad rushed into his mother's bedroom and hurled himself at the alleged attacker while screaming ''stop, stop''.

The attacker is then said to have hacked the boy to death with a machete during the Friday night attack.

The intruder fled the home carrying the child's body, which was discovered floating in a nearby canal on Sunday morning.

Officers arrested a suspect, named Samsul, 35, later that day in a palm oil plantation near his home.Like many people in rural Indonesia he has just one name.

He reportedly put up a struggle but officers shot him in the leg to subdue him and footage shows the him being handcuffed and led away.

Inspector Arief Sukmono Wibowo from Langsa Police said that Samsul had previously served 15 years in prison for murder before being released a few months ago. 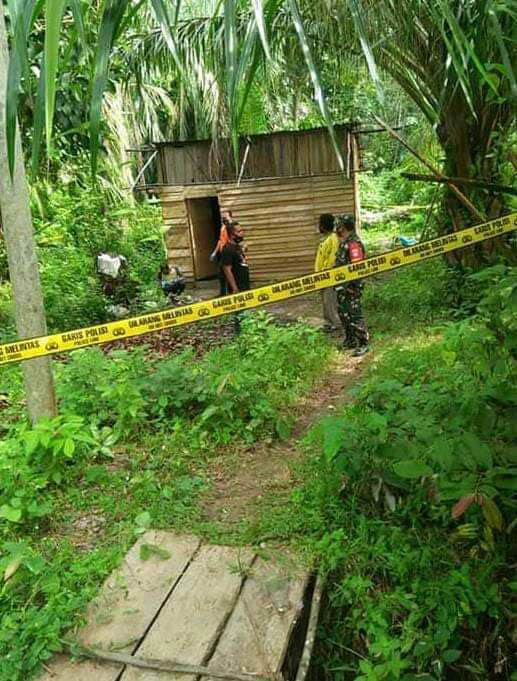 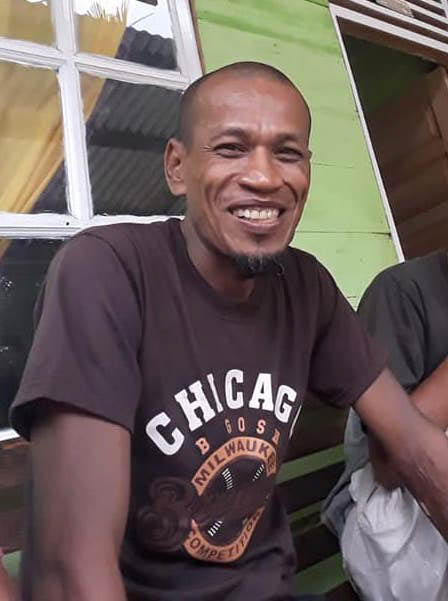 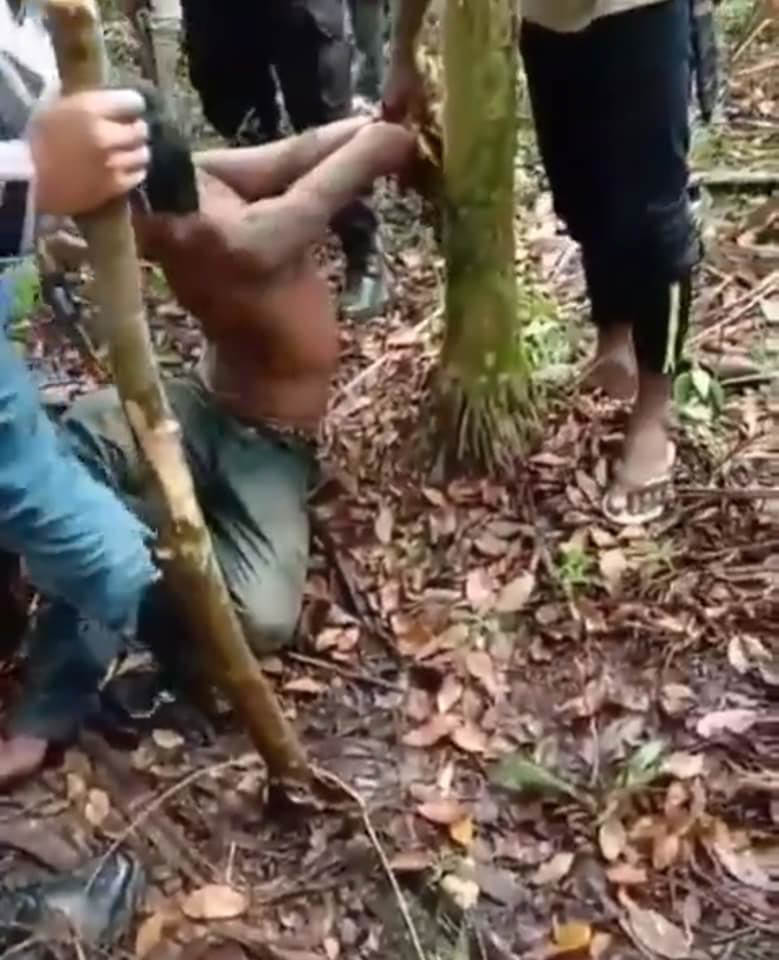 The policeman said that the scene at the house was ''heartbreaking'' and said the boy's ''entire body'' was covered in stab wounds.

''There were wounds on his arms, shoulders, neck, jaw, chest, fingers, and more,'' he added.

The police chief said Samsul had planned the attack and knew location of victims’ rundown and secluded bamboo hut, which he often passed when he went to work at an oil palm plantation.

"The suspect knew that the victim's husband was not home as he had gone to work to catch shrimp at night,” said Inspector Arief.

"When he was about to start the rape, the victim's child woke up and screamed to leave his mother alone. The perpetrator killed the victim using a sharp weapon that he was carrying."

Having allegedly murdered the youngster, Samsul then reportedly continued raping his mother.

After he fled the scene with the child's body,  the women alerted neighbours, who called the police.

Inspector Arief said Samsul was a persistent offender who had been released from prison earlier this year.

The police chief added: "Previously the suspect had been in prison. Now we will aim for him to be sentenced to the death penalty.’'