The Hong Kong chief executive has issued an apology to the public after mass protests against a controversial extradition bill.

Tens of thousands of people have been demonstrating against the bill, which they claim would allow China to extradite Hong Kong residents to the mainland for political trials.

Recognising the “strong and different views in society” the government said it had stopped work on the new law, without any timetable to restart it, “with a view to restoring calmness in society as soon as possible and avoiding any injuries to any persons”. 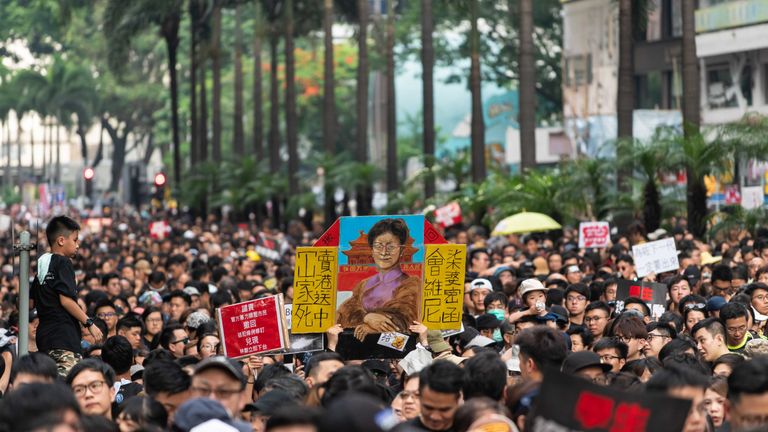 Carrie Lam, the chief executive, admitted “that the deficiencies in the government’s work had led to substantial controversies and disputes in society, causing disappointment and grief among the people”.

“The chief executive apologised to the people of Hong Kong for this and pledged to adopt a most sincere and humble attitude to accept criticisms and make improvements in serving the public,” her statement added.

Ms Lam had claimed the law would prevent criminals using Hong Kong as a safe haven, however many people believed it would repeal legal protections and freedoms promised by the Chinese government when it took control of the territory in 1997.

According to law, Beijing should abide by the “one country two systems” rule, which promises to respect Hong Kong’s legal autonomy for 50 years.

The U-turn was seen as one of the biggest political moves in the territory’s history, and led many to question Ms Lam’s ability to lead Hong Kong.

Over the past week, hundreds of thousands of people marched in Hong Kong over the bill, with many being met by potentially lethal force in police clashes. Politician Claudia Mo said: “Democrats in Hong Kong simply cannot accept this suspension decision. Because the suspension is temporary. The pain is still there.”

Bonny Leung, a leader of the Civil Human Rights Front, one of the groups that has helped organise the demonstrations, said: “Hong Kong people have been lied to so many times.” 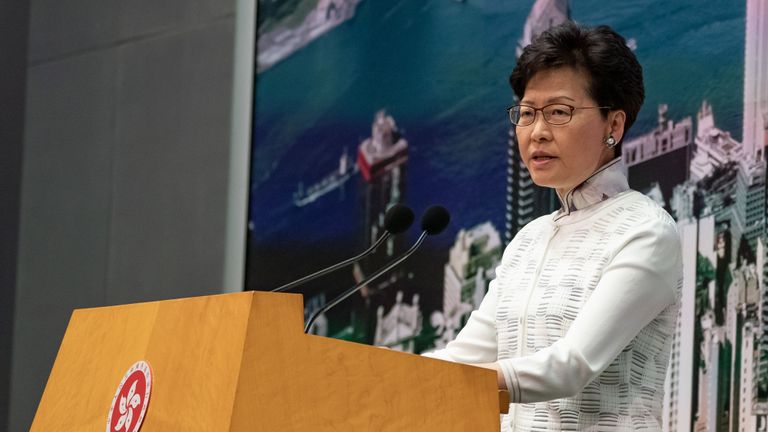 Across the border in China, the communist-led government issued statements that gave their backing to Ms Lam’s decision to suspend the bill.

Meanwhile, mourners have been laying flowers on the pavement close to where a man lost his life, after seemingly falling to his death from scaffolding on a shopping mall while he was holding a protest banner. 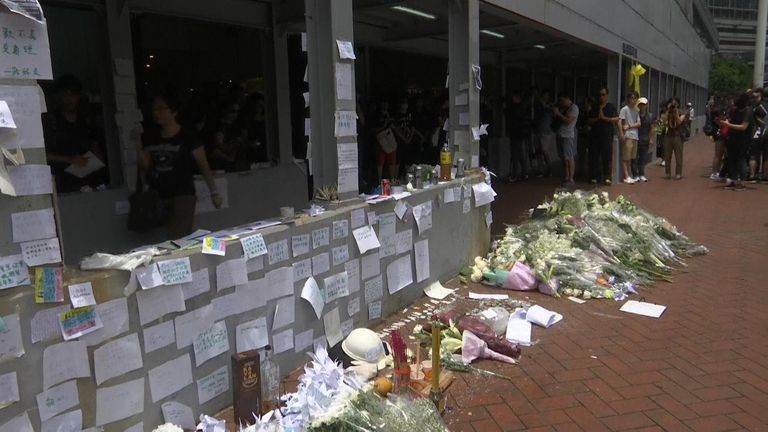 Emergency workers reportedly tried to cushion the man’s fall, but failed to catch him.

On Saturday, Foreign Secretary Jeremy Hunt tweeted his support of Ms Lam’s decision, saying: “Well done HK Government for heeding concerns of the brave citizens who have stood up for their human rights.

“Safeguarding the rights and freedoms in the Sino-British Joint Declaration is the best future for HK and Britain stands behind this legally-binding agreement.”