Police fired tear gas at throngs of protesters in the streets of Hong Kong on Wednesday amid growing anger over the government’s proposal to change an extradition law.

The controversial extradition law amendment, which would allow individuals to be sent to mainland China for trial, was scheduled to be introduced to Hong Kong’s Legislative Council on Wednesday, but the session was postponed due to the protests. The bill will be voted on June 20.

“Didn’t we say at the end of the Umbrella movement we would be back?” opposition lawmaker Claudia Mo shouted to her supporters, referring to the name often used for the pro-democracy street protests that deadlocked the former British colony in 2014. “Now we are back!” 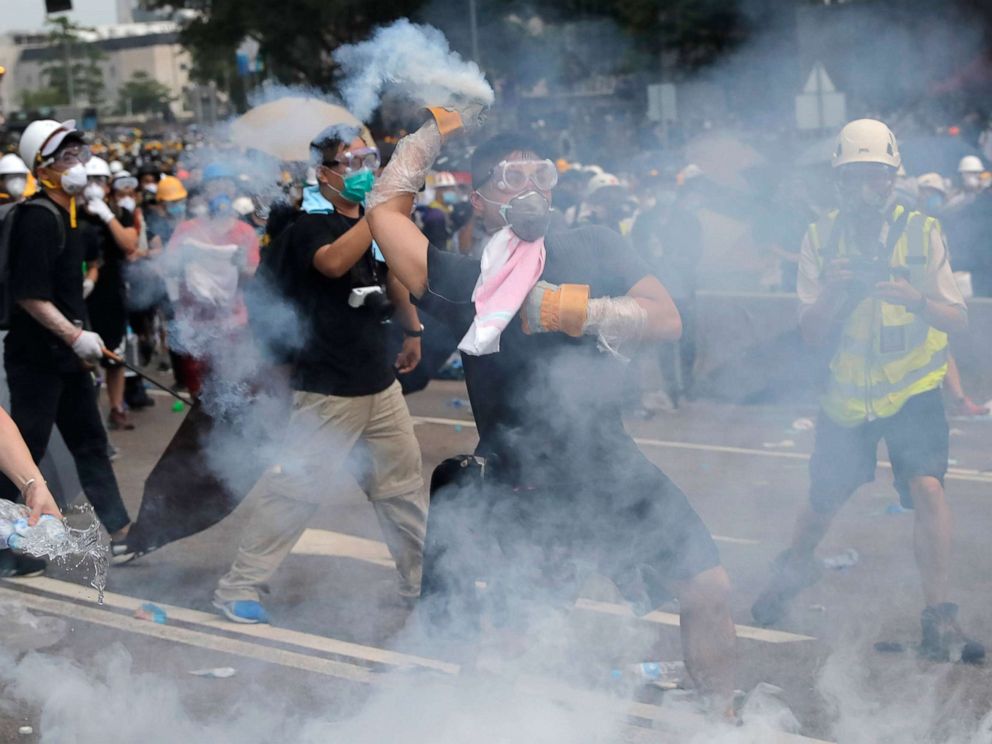 The protesters, many of them young people, occupied the streets outside the Legislative Council complex in the semi-autonomous Chinese territory and ultimately clashed with riot police, who responded by hitting them with batons and firing multiple rounds of tear gas. Crowds were seen fleeing clouds of smoke.

Some people used their vehicles to block off roads, forming makeshift barricades.

A number of protesters were seen throwing bottles, umbrellas and other objects at riot police. 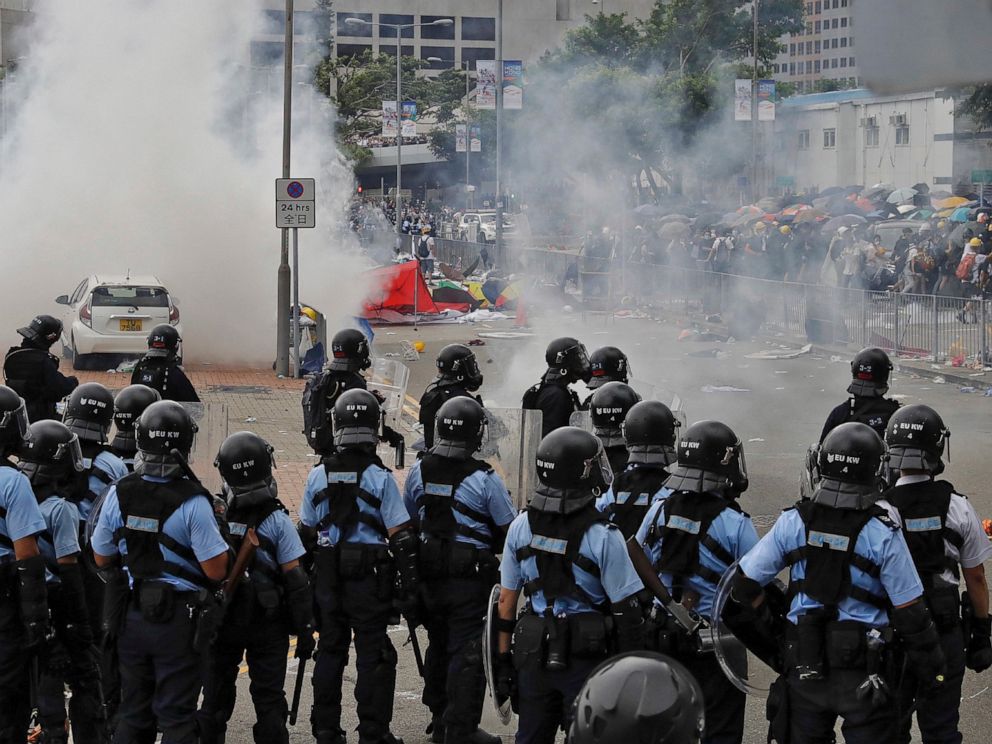 He called the situation “dangerous” and “chaotic,” but said he’s confident his officers can contain the rioters, according to RTHK, Hong Kong’s main English-language public broadcaster. 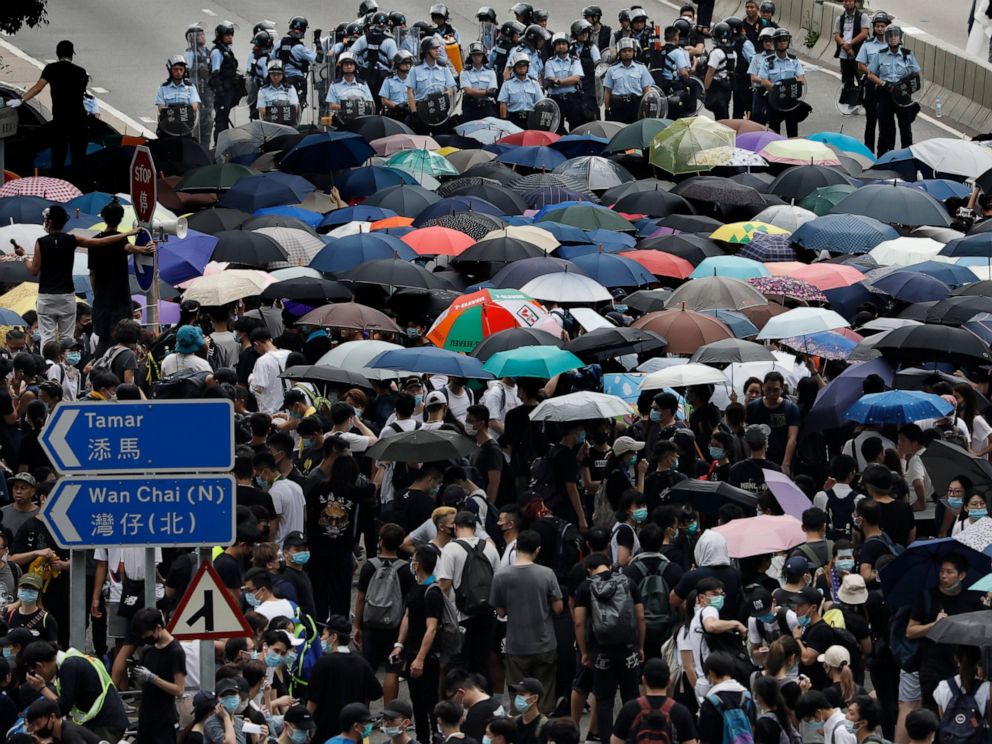 Amid the chaos, the Hong Kong Legislative Council announced it would cancel Wednesday’s planned session, where lawmakers had planned to debate the extradition law amendment. Some politicians weren’t able to make it inside the building due to the protests.

Meanwhile, the Hong Kong Professional Teachers’ Union, the city’s largest educational union, has announced an island-wide strike in protest against what they’ve described as an “evil” law. 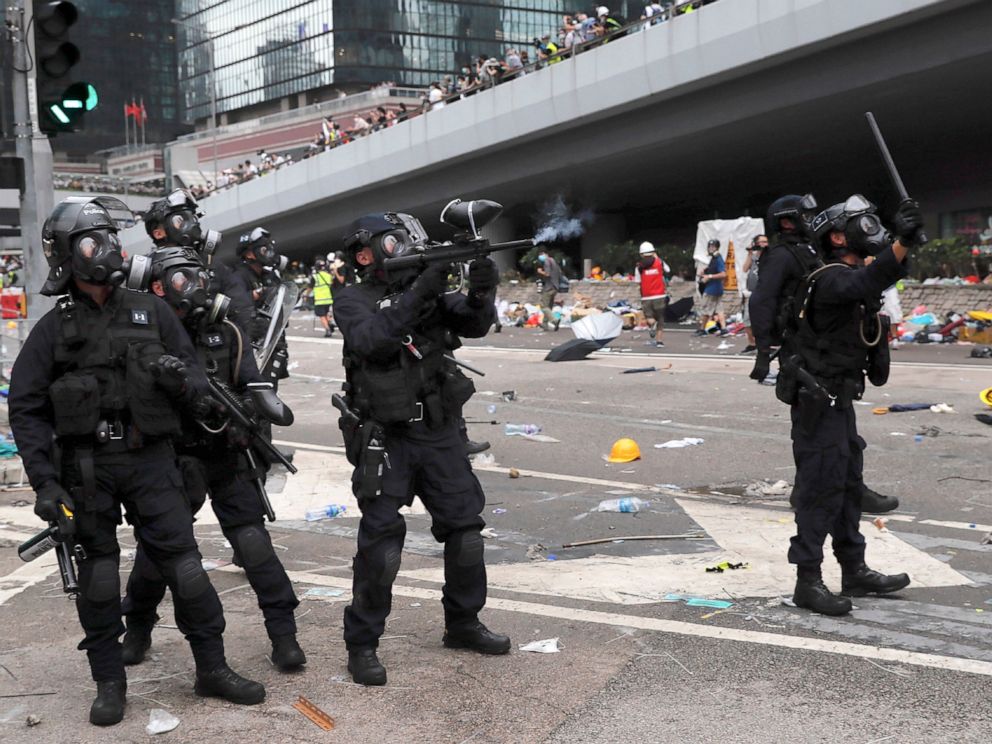 Despite the mass protests and heightened police presence, the bill is expected to become law. Hong Kong’s leader, Carrie Lam, has said she plans to sign the legislation.