Washington: The Democrat-led House voted on Tuesday to authorise the Judiciary Committee to go to court to enforce two subpoenas related to Robert Mueller's investigative findings and to empower other panels to move more quickly to court in future disputes. 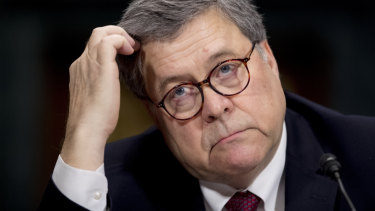 The resolution grants the Judiciary Committee the power to petition a federal judge to force Attorney General William Barr and former White House counsel Don McGahn to comply with congressional subpoenas that they have either completely or partly defied.

But it stops short of holding either witness in contempt of Congress, as lawmakers had initially threatened to do, forgoing for now a formal accusation of a crime. The decision appears to be based, at least in part, on new signs of cooperation from the Justice Department, which on Monday agreed to begin sharing key evidence collected in Mueller's obstruction of justice investigation.

The committee had demanded that Barr and the Justice Department hand over the full text of the special counsel's report and the evidence underlying it, and that McGahn testify in public and produce evidence that he had given Mueller.

House Speaker Nancy Pelosi framed the vote as a step to uphold the principle that Congress is "constitutionally obligated and legally entitled to access and review materials from the executive branch." 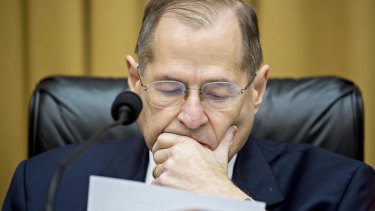 US Representative Jerry Nadler, a Democrat from New York and chairman of the House Judiciary Committee.Credit:Bloomberg

House Democratic leaders called the vote a vital step in their methodical march to expose President Donald Trump's behaviour and pressure the Trump administration to cooperate with congressional oversight requests.

They also clearly saw it as a means of holding off calls within their ranks to quickly move to impeach the president, arguing that it showed there are other ways of using their power to hold him accountable.

If they follow through in filing the suits, Democrats will be effectively calling on a third branch of government, the federal judiciary, to settle a dispute between the legislative and executive branches over Congress' right to conduct investigations and the extent of the president's authority to shield evidence from lawmakers.

The answer could have significant implications not just for Trump, but for oversight of the executive branch for decades to come.

But there is no guarantee the courts will give them a useful outcome — at least not quickly. Past cases have stretched on for months or even years.

It was not immediately clear how quickly Democrats would file a suit against McGahn, a key figure in Mueller's report, or if they would seek court enforcement against Barr at all. The Judiciary Committee chairman, Representative Jerrold Nadler told reporters on Tuesday that the House would not dawdle but that timing would depend on the House general counsel who represents lawmakers in court.

Tuesday's resolution also gives Nadler the authority to petition a federal judge for access to secretive grand jury material amassed in the course of Mueller's investigation. Such information rarely becomes public, but Nadler has made the case that his committee needs access to it to determine whether impeachment is warranted. His efforts to persuade the Justice Department to join him in making the request were rebuffed.

Republicans who opposed the authorisation said Democrats bent on impeachment were neglecting more pressing policy issues, like the migrants who are overwhelming government resources at the southern border.

"They are so tangled up in their efforts to impeach the president, in the investigations, in the battles going on within their own caucus, that they seem incapable of actually doing anything the American people elected us to come here and do," Representative Liz Cheney of Wyoming, the Number 3 House Republican, told reporters on Tuesday at the party's weekly news conference.

They also questioned the wisdom of their decision to bypass formal contempt votes to go directly to court. In past cases — including in 2012, when the Republican-controlled House held Attorney General Eric Holder Jr. in contempt — the full House had voted in favour of that censure before going to court to seek subpoena enforcement there.

"This is novel, untested and risky," said Representative Doug Collins of Georgia, the top Republican on the Judiciary Committee. "I'll give it to you," he continued, "this majority is audacious."