Home » World News » How many red arrows are there and where are they based?

THE Red Arrows are one of the most famous aerobatics display teams in the world known for leaving a trail of red, white and blue across the sky.

Here is everything you need to know about the pride of the Royal Air Force. 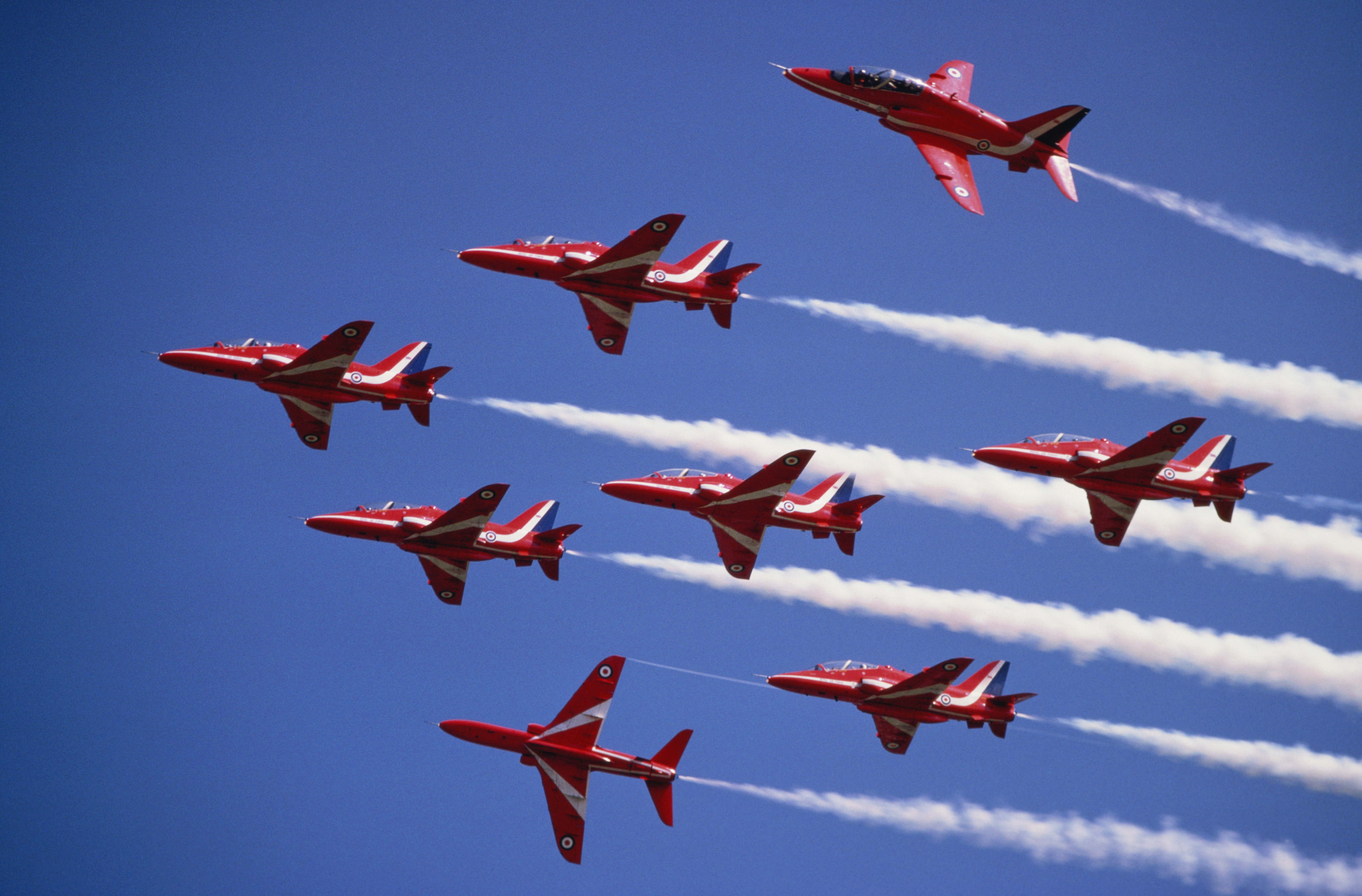 What are the Red Arrows?

The Royal Air Force Aerobatic Team, more commonly known as the Red Arrows, were formed in the early 1960s to become the public face of the RAF.

They are known for their combination of close formations and precision flying as well as using coloured vapour trails leaving red, white and blue across the sky.

The Red Arrows were given their nickname as the training aircraft they use is predominantly red in colour.

The Arrows part was added as a nod to the Black Arrows, a popular squadron aerobatic team from the late 1950s.

The team currently flies the BAE Systems Hawk T1 jet and can fly as low as 100 feet and reach speeds of up to 600 miles per hour.

The Red Arrows pilots are often the most highly qualified and experienced in the RAF and last year flew in 4,800 displays in 57 countries. 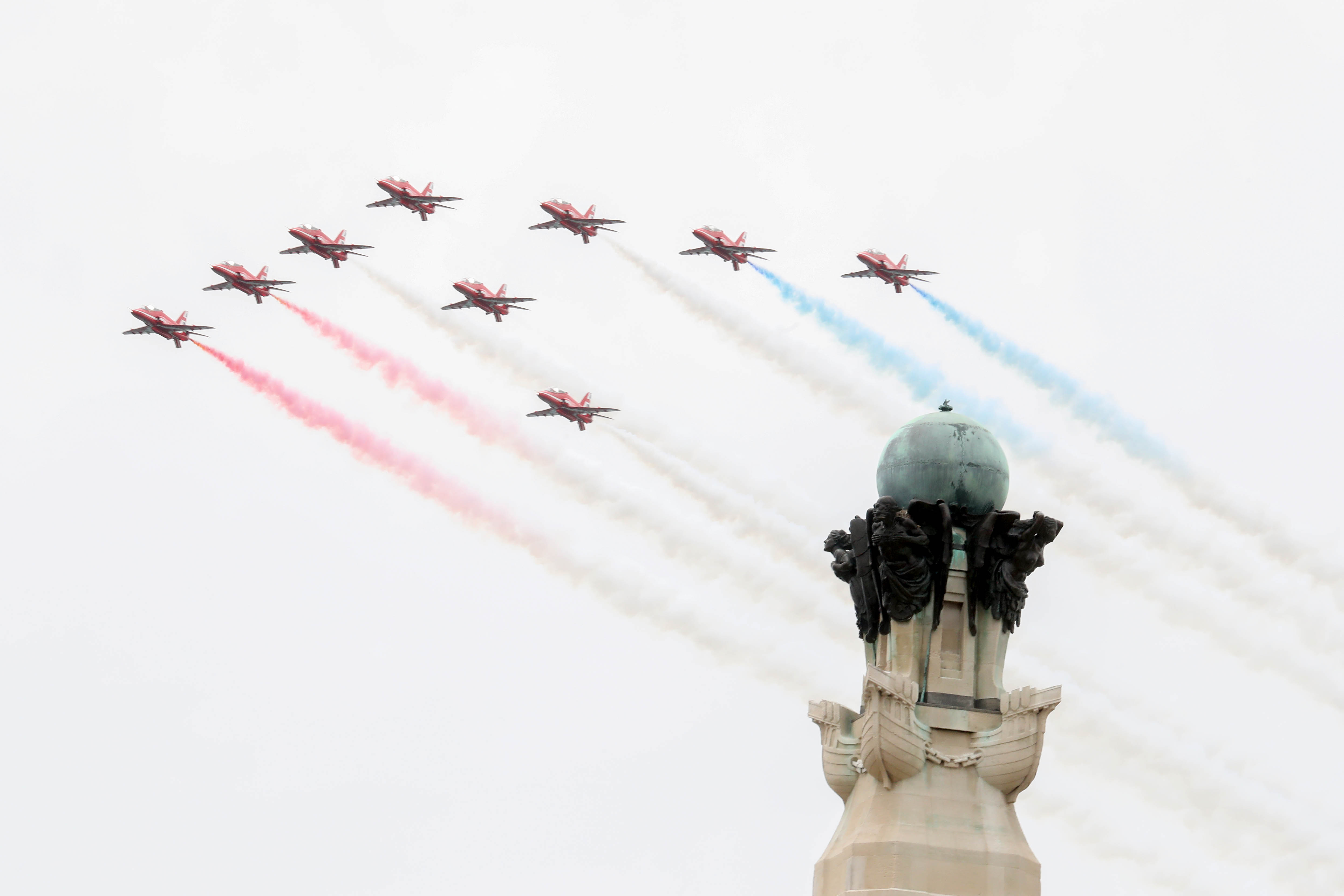 How many Red Arrows are there?

There is a minimum of nine Red Arrows in the sky during any given display, but there are a total of 11 pilots that make up the entire team.

In order to become a Red Arrow pilot, each of these men needs to have completed over 1,500 flying hours, one full front-line tour and be above the average RAF pilot.

Once they have finished their three-year tour with the team they will return to their Royal Air Force duties.

The Red Arrows also have support team which is made up of a Team Manager, Public Relations Manager, Aircrew Planning Officer, Operations Officer, Engineering Officers, an Adjutant and approximately 85 engineering technicians.

They include ‘The Circus’, a team of 11 people that each sit behind the pilot in the aeroplane throughout the duration of the summer display – ten engineering technicians and a photographer. 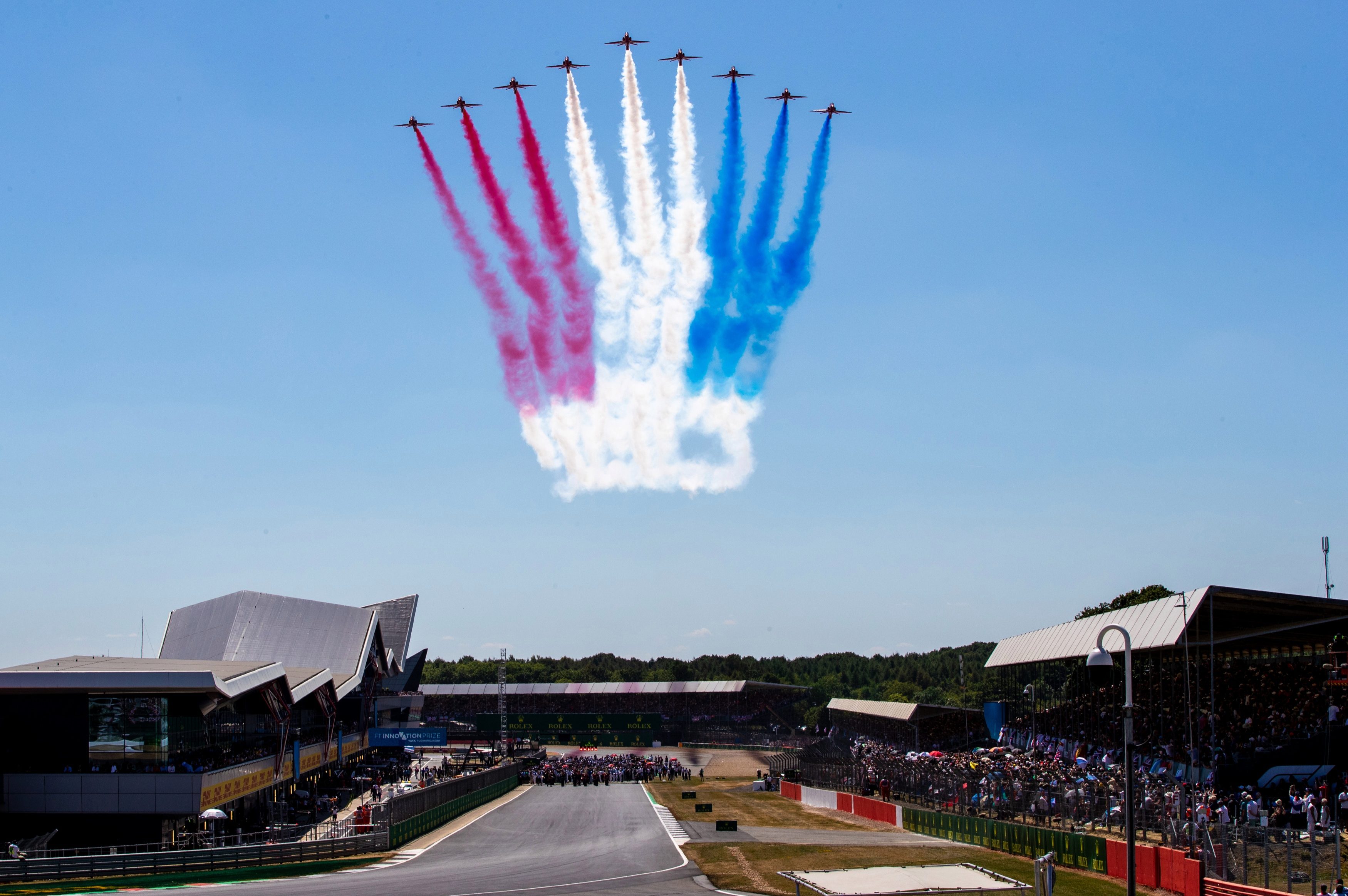 Where are the Red Arrows based?

The Red Arrows are currently based at RAF Scampton in Lincolnshire and that is where they practise their heart-stopping routines.

The squadron's first home was at RAF Fairford in Gloucestershire before they moved to RAF Kemble in 1966.

The display team moved to RAF Scampton in 1983 and have stayed there apart from a five year period between 1995 and 2000 when they were based at RAF College Cranwell in Lincolnshire.

The Sun has previously revealed how the government is to sell the base, probably to housing developers.