LAST night, April 26, 2021, the night sky was illuminated by the first super-moon of the year, the pink moon.

The Pink Moon reached its peak last night at around 11:30 pm, with the night being illuminated by the enlarged moon's light. 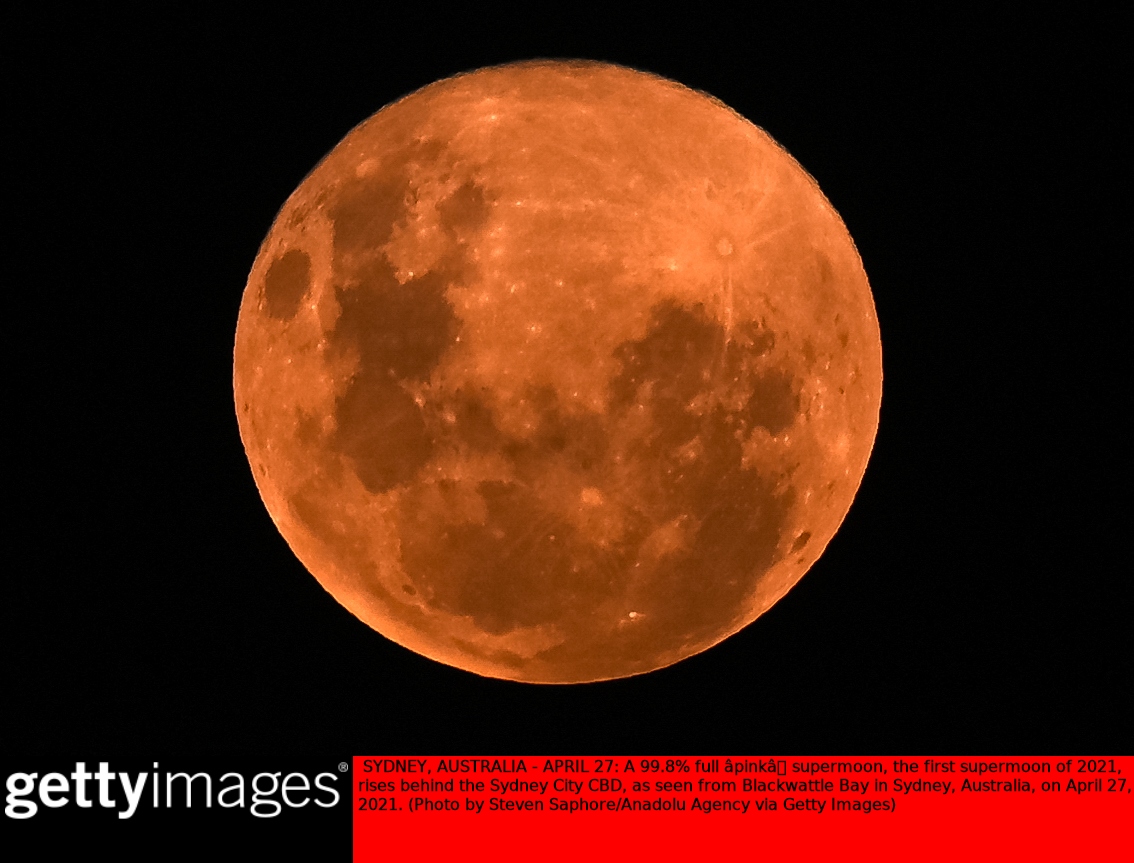 How to see photos of the pink moon?

The pink moon was well anticipated, with many making it outside last night to see the peak.

The moon was prime for photo ops, with many pictures of the super-moon making the rounds on social media.

On Twitter, pink super moon can be searched and many of the pictures will be trending.

On Instagram, the hashtag pinksupermoon has over 19,000 posts, with many photos of the moon from people's views around the world. 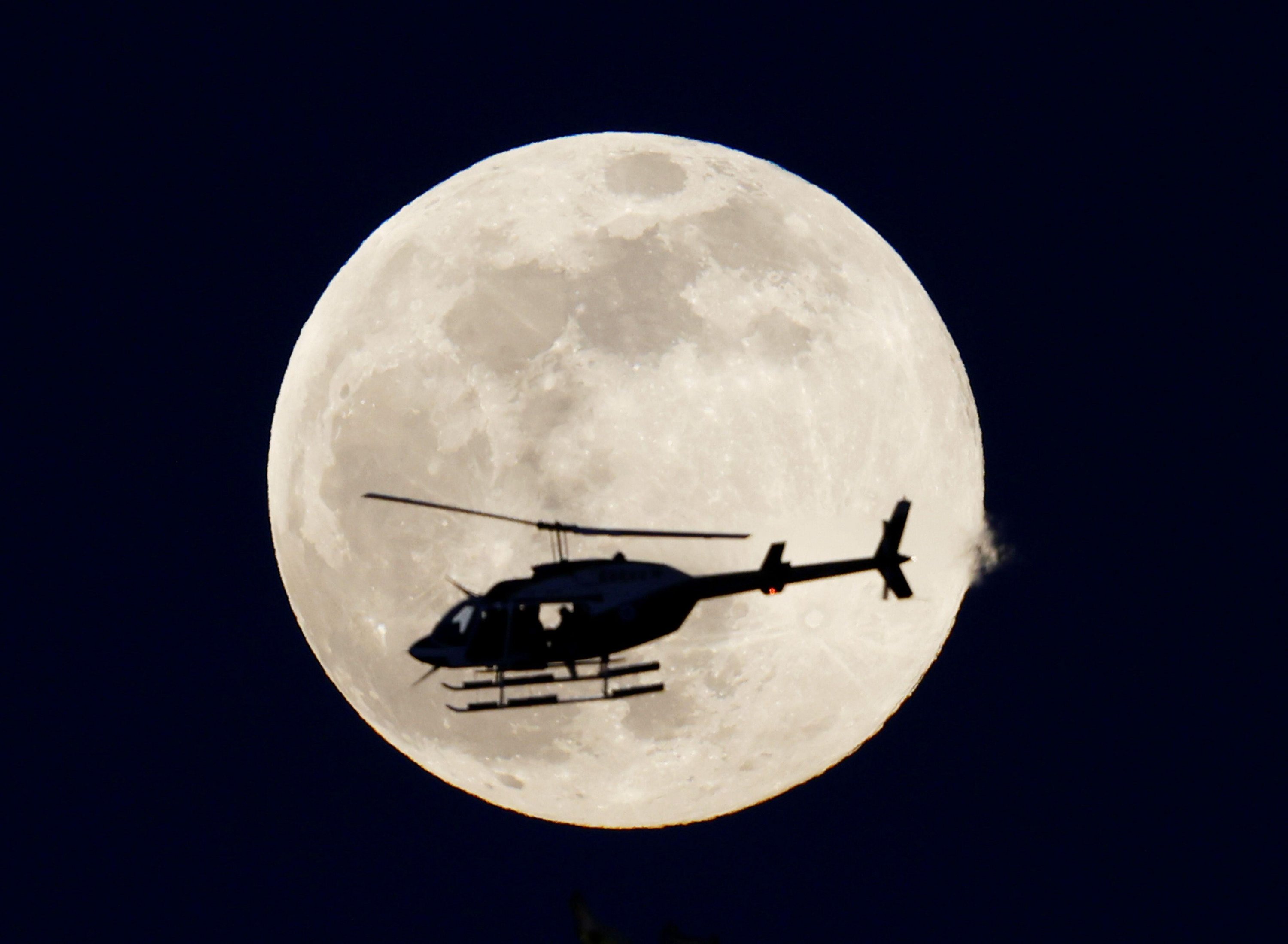 Where could I see the pink moon?

The moon was clearest around 11:30 pm last night, with parts of upstate New York, as well as other places across the country had the clearest skies.

The peak of the super-moon was on Monday night but the moon will appear enlarged from Sunday to Wednesday.

While the super-moon can be up to 15% larger than a normal moon, to the naked eye it can appear not that different.

The main difference is the light, with the hue appearing much more golden, with the peak being an ivory white. 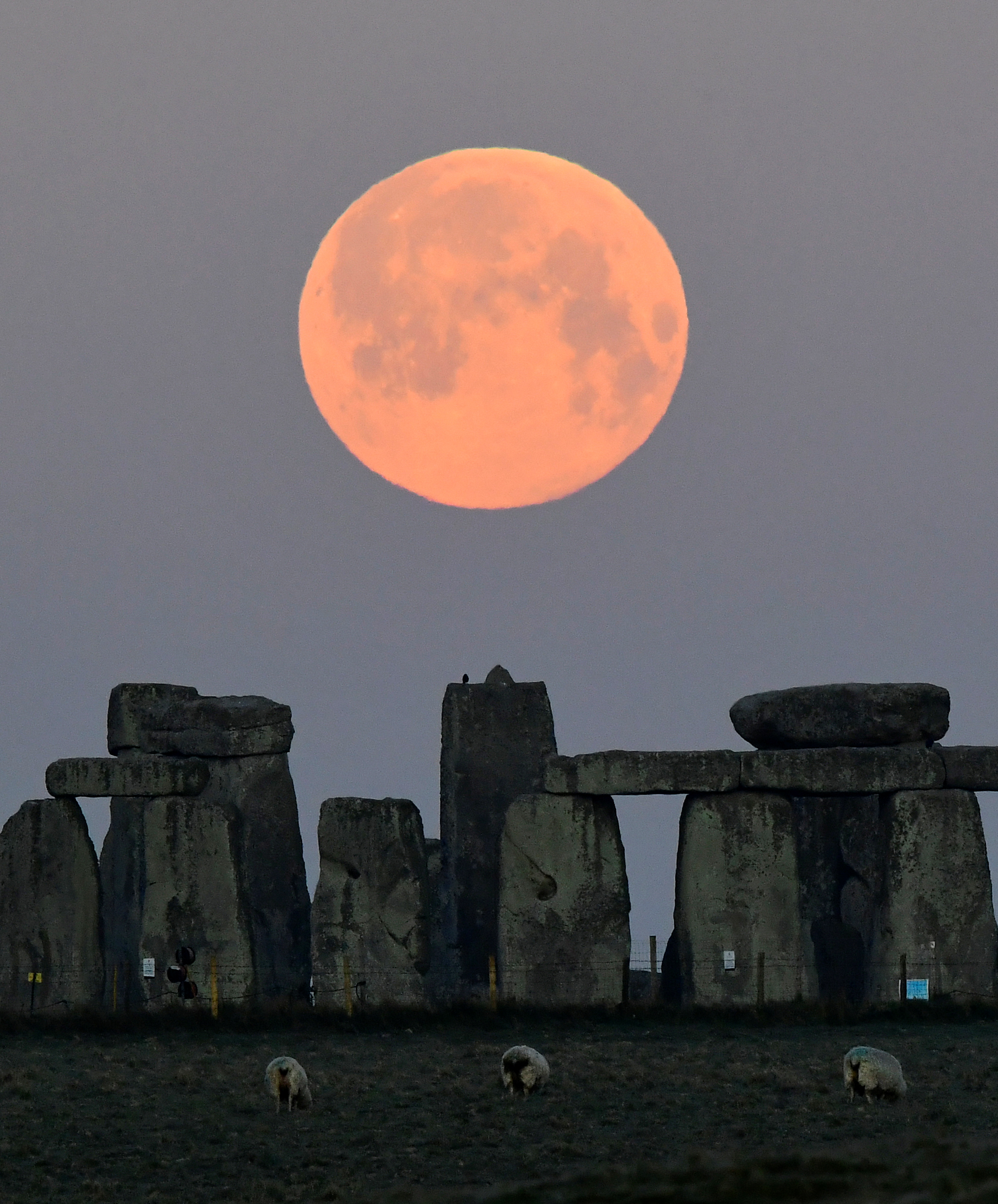 The name "pink moon" comes from the timing of the moon, as in April the flowers blooming associates pink with the moon.

This will be the first of two super-moons of the year, with the second peaking on May 26.

The second super-moon is set to be bigger than the pink moon, although not by much.

A calendar year typically sees around two to four super-moons, with often one coming in June as well.

Super-Moons occur because the moon is actually closer to the earth, giving the moon a larger appearance.

Here are the best photos of pthe pink moon: 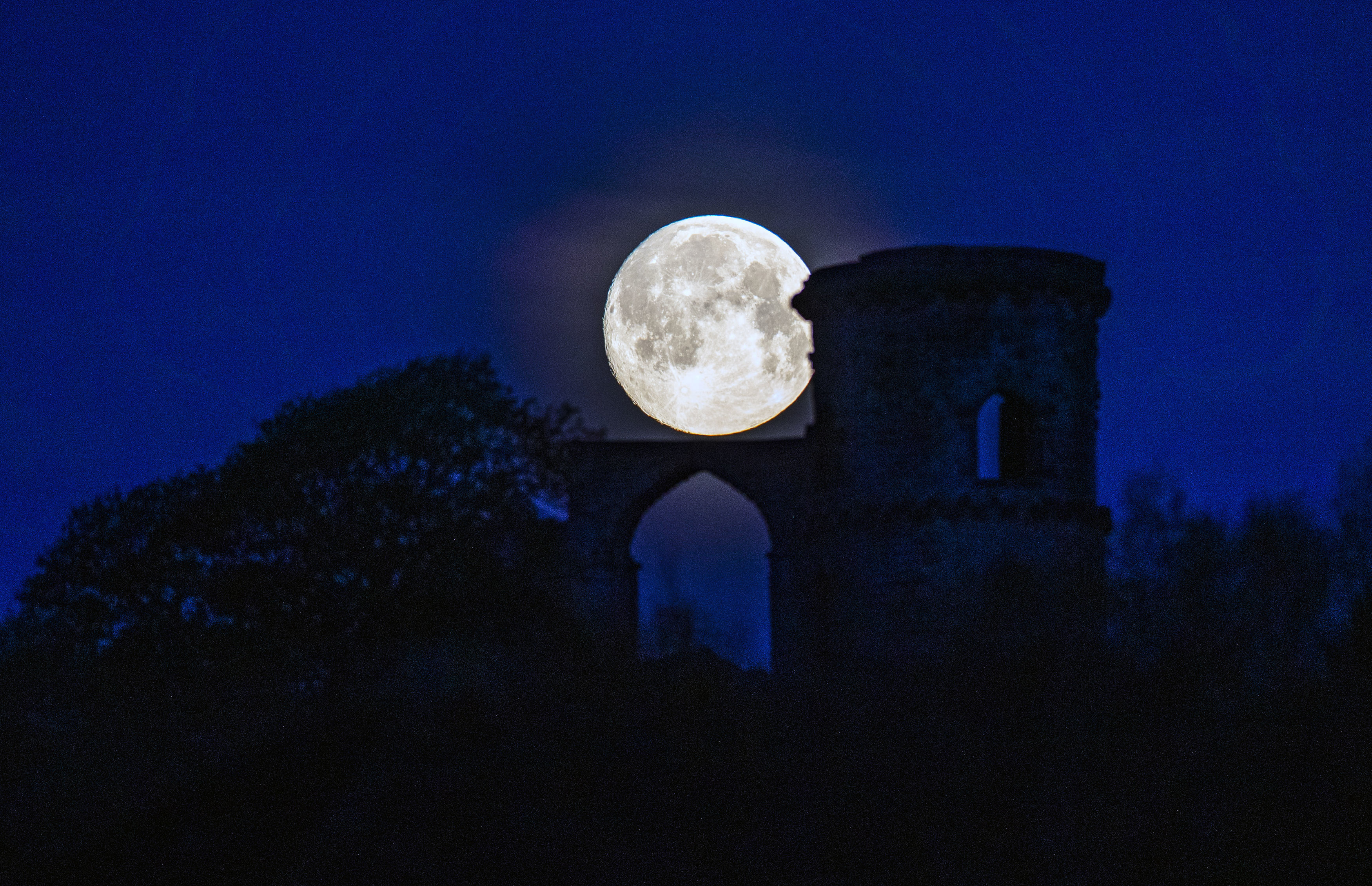 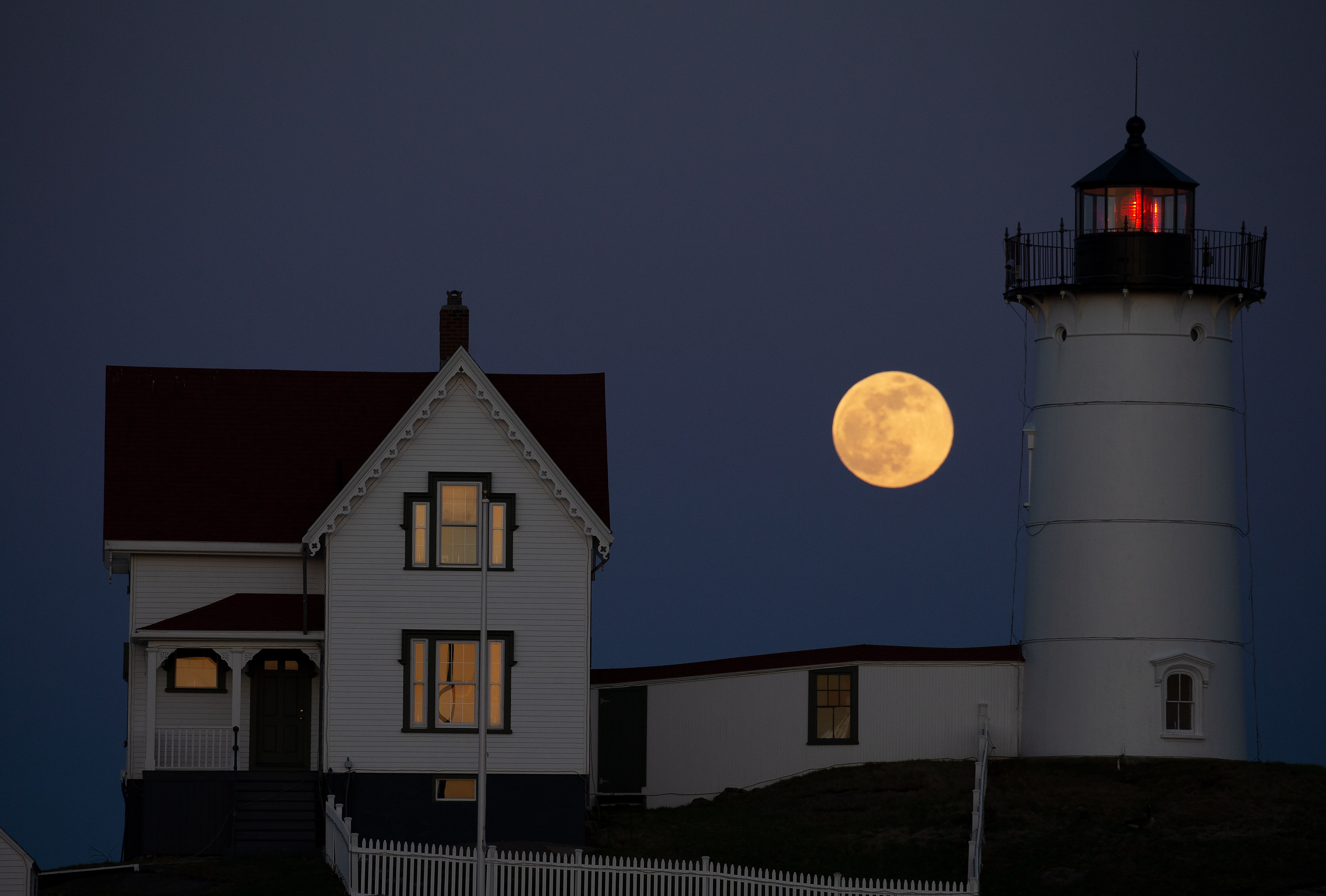 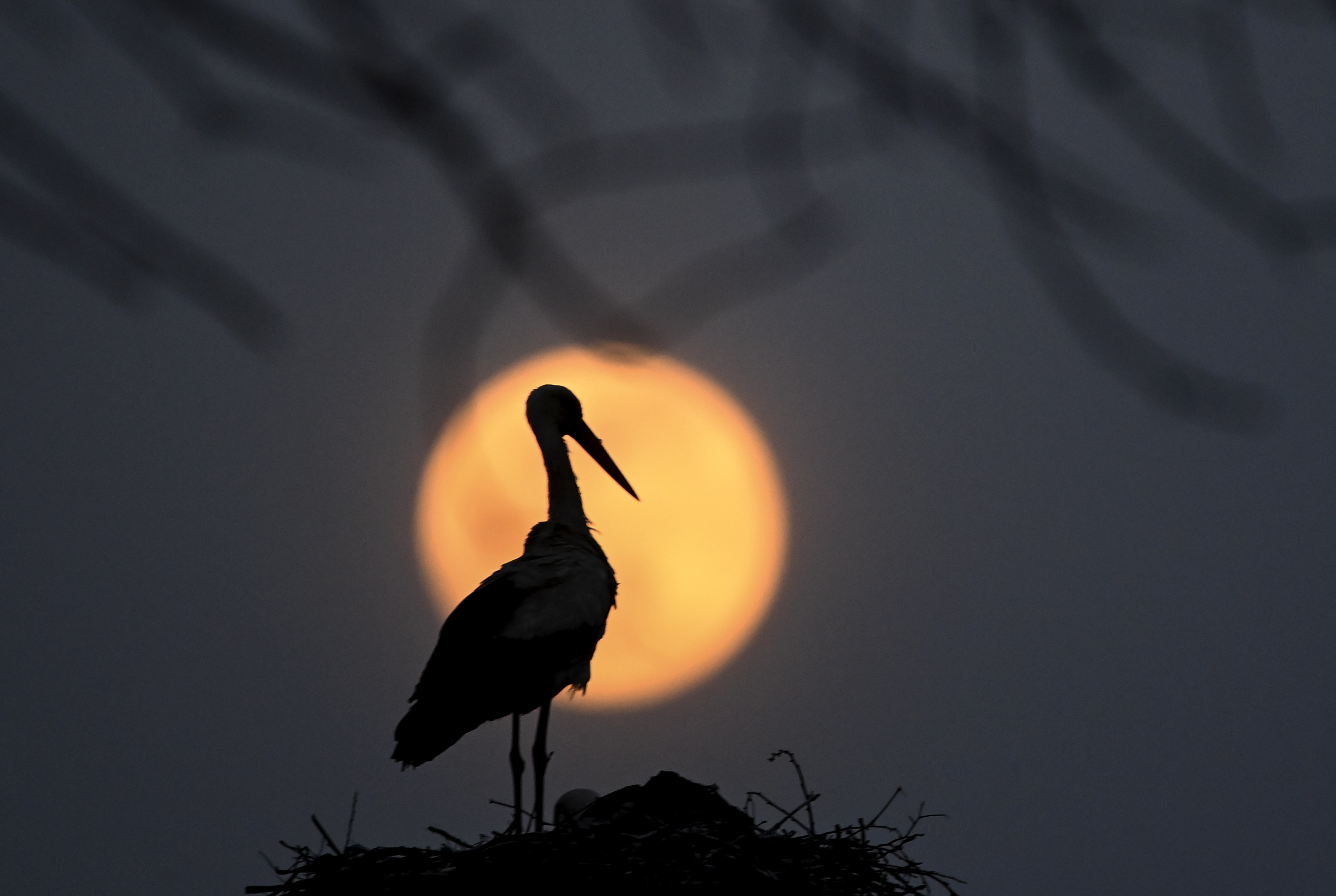 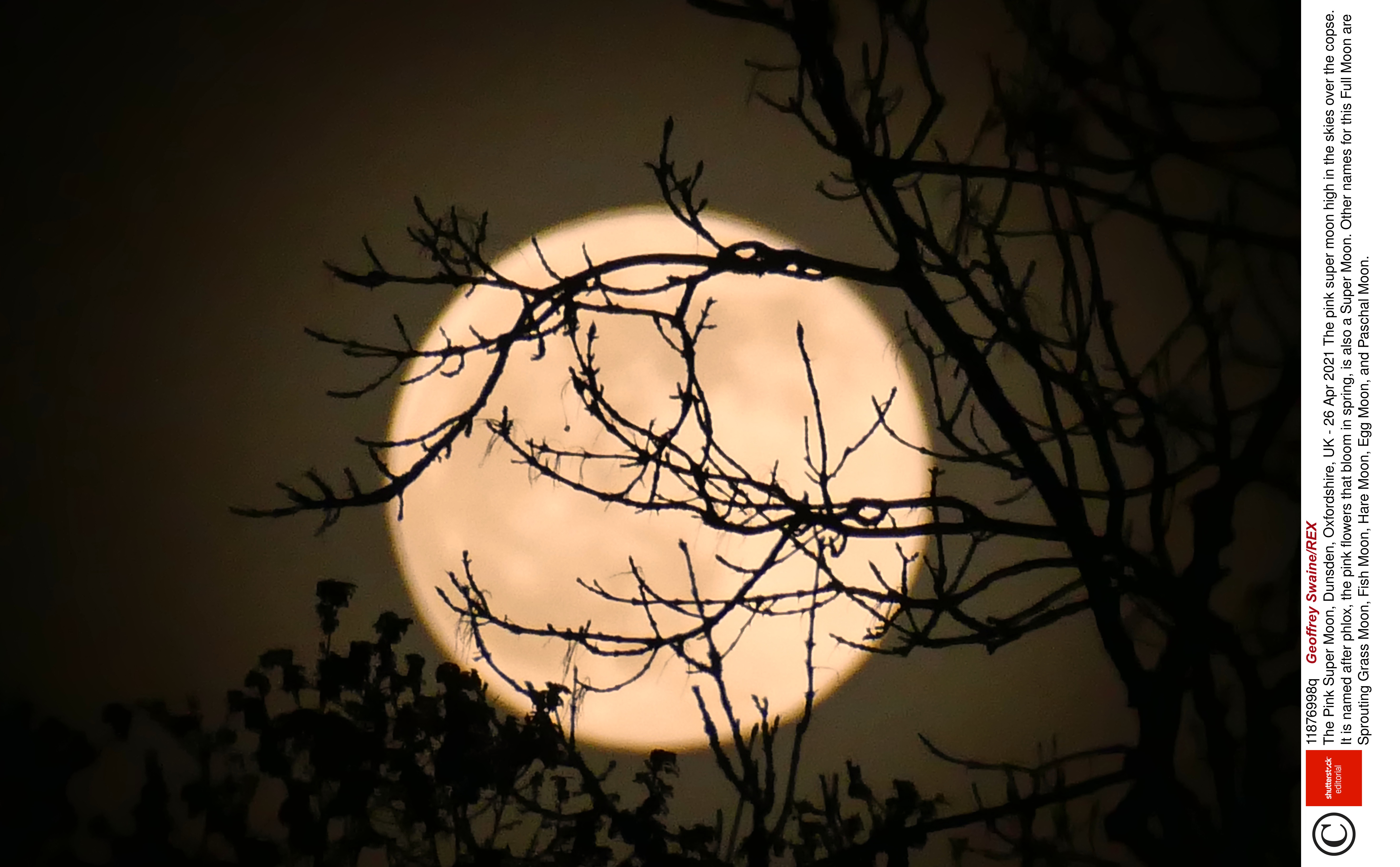