The weather system is currently hovering in the middle of the ocean – but a Met Office spokesman admitted it was far from clear where it would end up. They said: “Tropical Storm Danielle is expected to remain in the Atlantic over the next five days, moving very slowly but strengthening to hurricane status.

“Following that there are a minority of solutions that track it closer to the UK, hence the potential for swell /surf in from it but most solutions keep it away from the UK.

“But there is a lot of uncertainty around the track further than five days ahead and we will report on the situation if it is something to be concerned about.”

Met Office spokesman Grahame Madge added: “Meteorologists will be watching the development of Danielle over the next few days. 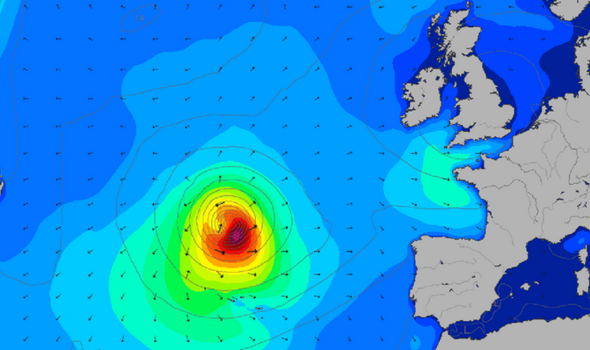 “At this lead time there can’t be much certainty about any potential track into the North Atlantic and even less about how it could modify weather patterns nearer to the UK.

“When hurricanes enter the North Atlantic they decay very quickly and their main influence is modifying weather patterns rather than retaining their own identity.

“If Danielle days venture closer to our shores then her effects could include increased swell.

“The warmth and moisture that ex-hurricanes bring into the Atlantic can modify our own home-grown weather patterns, adding to wind strengths and rainfall.”

JUST IN: British former ambassador Bowman is JAILED in Myanmar 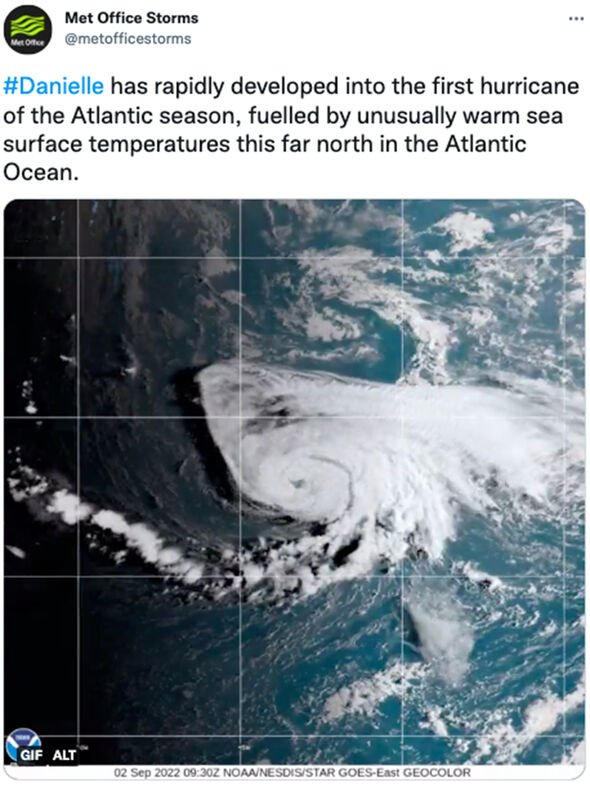 Meanwhile, Britons have been urged to brace themselves for rain, strong winds and thunder this weekend, with a yellow warning in place for much of Northern Ireland and western Scotland.

In the latest weekend weather forecast Alex Deakin said: “Low pressure will dominate through the weekend and into next week and churning around this low pressure, we’re going to see slow moving weather fronts.”

Further east, there will be some showers, but not for everyone. 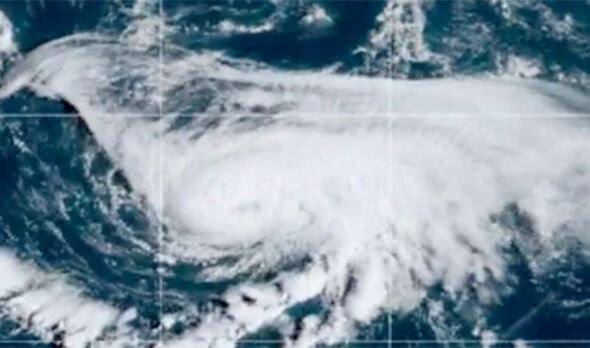 Mr Deakin said: “A few showers over parts of eastern England, they could be quite lively.

“Some thunderstorms are possible, but they will be hit and miss here, so not to be relied upon if you are desperate for some rain.”

On Sunday, rain or showers, with the possibility of thunderstorms, will push further east into southwestern parts of the UK as well as eastern Scotland, together with strong winds. 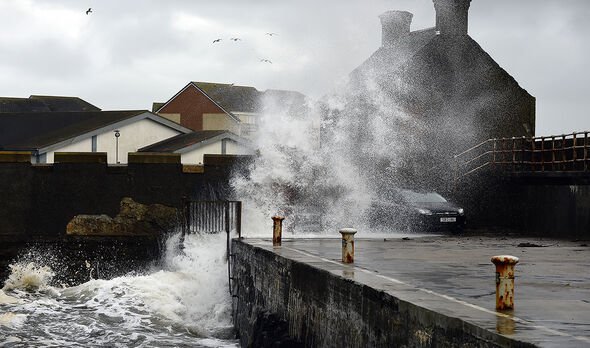 Eastern England and the Northern Isles will remain drier at first, but rain is more likely by the evening.

The unsettled pattern will continue into next week, with low pressure to the south-west maintaining a feed of warm and moist air, initially from the continent, but by mid-week, from the Atlantic.

Met Office Deputy Chief Jason Kelly said: “Whilst we are confident that low pressure will dominate the weather well into next week, the day-to-day forecast is not certain at this stage.

“But more generally, each day there will be a risk of showers or longer spells of rain for many areas of the country.”

He added: “It is likely that more prolonged showers will bring a risk of thunderstorms too.

“And in some areas, most likely in the south-west, rainfall totals will build through the week.”

Temperatures are likely to continue to remain above average, with many areas in the low 20C during the daytime.