Award-winning Australian poet and writer Kate Jennings has been remembered as brilliant, funny and formidable after she died in New York aged 72.

Jennings, who penned essays, novels, short stories, poetry and newspaper columns throughout her career, was among a group of pioneering feminist activists in Sydney who set up Australia’s first refuge for victims of domestic violence. 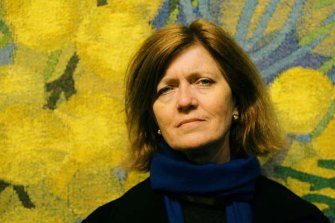 She rose to prominence in the 1970s, when she spoke at a Vietnam moratorium rally at Sydney University and declared, in part, “You’ll say I’m a man-hating, bra-burning, lesbian member of the castration penis envy brigade. Which I am!”

In 2010, Jennings recalled the speech as “the first shot from across the bow” which caused women’s lib meetings to “spread like wildfire”.

“From being very, very small and not being noticed and mainly political women, it just [took off],” she said.

Jennings moved to New York in 1979, where she became a speechwriter on Wall Street and married her husband, Bob Cato, who died of Alzheimer’s in 1999.

She won awards throughout her career, including for her 2002 novel, Moral Hazard, which explored the life of a fictional Wall Street speechwriter whose husband has Alzheimer’s.

Erik Jensen, who wrote a book about Jennings, said in a tribute that she “wrote with a brilliant, angry, funny pen”.

“She wrote about a world that hurt. She wrote ‘to get it out’. I miss her so much,” Jensen wrote on Twitter.

Writer and The Sydney Morning Herald and The Age columnist, Julia Baird said she spent time with Jennings in New York, describing her as formidable, incisive and funny, and someone who “suffered no fools”.

“And her talent! The precision, economy with words, restraint,” Dr Baird said. “Thinking of all who knew and loved this unique woman, poet, writer, dog-lover.”

Our Morning Edition newsletter is a curated guide to the most important and interesting stories, analysis and insights. Get it delivered to your inbox.