Iceland has apologised after one of its bosses was accused of calling the ancient Welsh language ‘gibberish’, sparking boycott threats among furious shoppers.

And in since-removed tweet, Mr Hann said ‘inhabitants of the UK’s Celtic fringe loathe all visitors’, referring to people travelling to Wales.

The supermarket – which is headquartered in Deeside in Wales – insisted that his statements do not ‘reflect’ the company’s views.

Mr Hann’s Twitter account has now been made private and his bio reads: ‘All views my own and usually joking.’

This was not in place at the time the comments were shared. 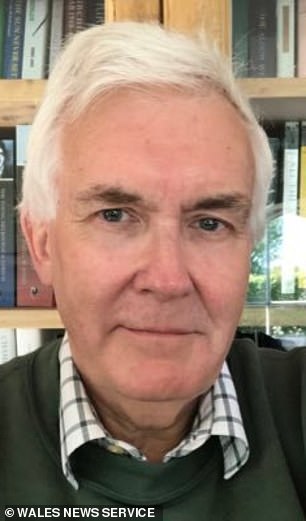 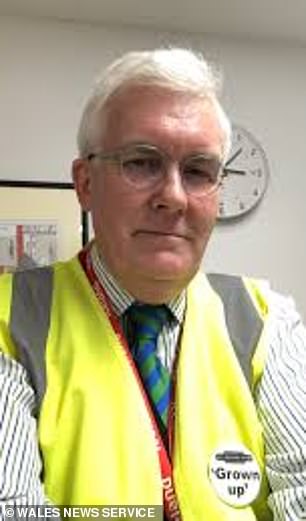 This is not the first time the Iceland executive has been criticised for his views on the Welsh language and Wales generally.

In June 2019 he said: ‘I’d like to say that I have never left England, but regular attendance at an office about 800 yards inside Wales sadly precludes this.

‘Still, I take pride in never visiting Scotland despite having a home within sight of the border.’

In a blog post written on September 17, 2014, he said that Welsh ‘supermarket signage’ was ‘incomprehensible’.

He also said children were educated in a ‘dead language that sounds uncannily like someone with bad catarrh clearing his throat’.

In another blog post, he wrote: ‘I regret to say that we are also only about two miles from Wales, thanks to the border lurching east from the natural boundary of the River Dee, and taking a bite out of England that can only have been designed for the convenience of manufacturers of jigsaw puzzles.’

He also added that if he moved over the border that his son ‘would be having part of his education conducted in gibberish’.

In 2018, protestors from Cymdeithas yr Iaith Gymraeg (the Welsh Language Society) disrupted the official opening of a new branch in Rhyl over Iceland’s English-only signage policy. 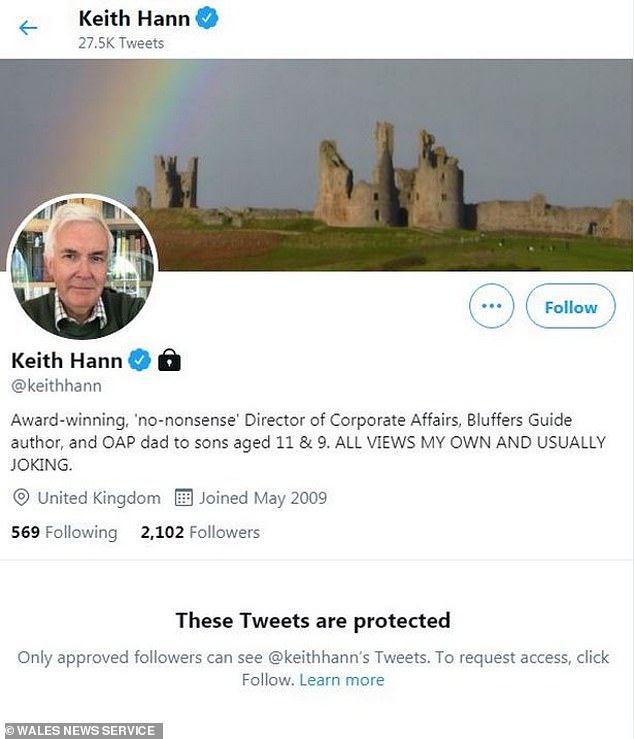 Mr Hann’s Twitter account has now been made private and his bio reads: ‘All views my own and usually joking’

Several shoppers took to social media to criticise Mr Hann – with some vowing to boycott the chain over his comments.

One said: ‘This is shocking, Iceland, from your Director of Corporate Affairs Keith Hann!

‘Insulting Welsh language and Wales itself. I’ve always felt loyal to the company being a former employee but will be boycotting you along with friends and family.

‘What next steps will you take?’

Another critic said: ‘Boycott Iceland foods, to say this about a Welsh company makes me sick but it is a disgrace.

And no, we know it is not meant as a joke as he has a track record of anti-welsh utterances. 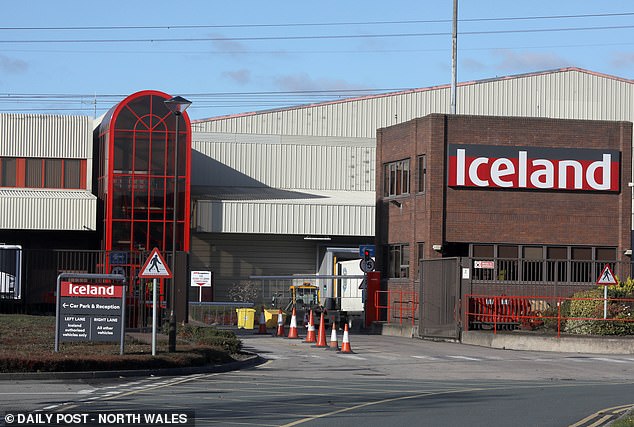 And in a now-deleted tweet, Mr Hann said ‘inhabitants of the UK’s Celtic fringe loathe all visitors’, referring to people travelling to Wales. Pictured: Iceland’s headquarters in Deeside

‘Iceland, quite happy to come down and have a chat as HQ just up the road.’

An Iceland spokesperson said: ‘Iceland is aware of comments made by our director of corporate affairs and the upset which these have caused.

‘These comments are not reflective in any way of Iceland’s views or philosophy as a company, and were not made on the company’s behalf.

‘We are proud to be based in Wales, as a major investor and employer in the country. The matter is being dealt with internally and we apologise for any upset or offence caused.’