An Illinois corrections officer was arrested early Sunday and accused of assaulting his new wife after the woman was found dead outside a downtown St. Louis parking garage.

Bradley Jenkins, 30, was charged with third-degree domestic assault Monday in connection with the death of Allissa Martin, 27. Jenkins was ordered held in lieu of $100,000 cash bail, according to the St. Louis Post-Dispatch.

Police responding to a 911 call reporting a fall found Martin's body outside the garage near Busch Stadium shortly before 2 a.m. Sunday. Court documents cited by the Post-Dispatch stated that Jenkins was "agitated and appeared to be intoxicated" when officers found him straddling Martin's body. 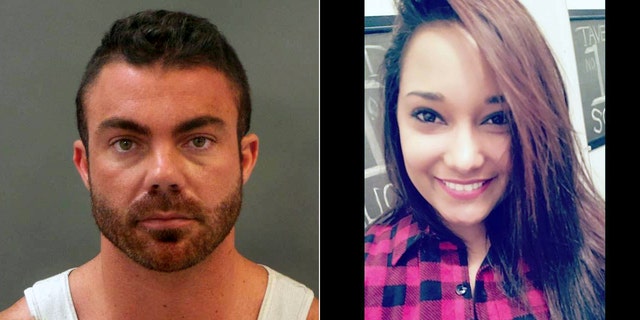 According to the documents, Jenkins told investigators that he and Martin — also an Illinois corrections officer — had attended Saturday's baseball game between the St. Louis Cardinals and the Chicago Cubs with some co-workers. Jenkins said that the couple had argued during the game, but denied that they had a physical confrontation.

Authorities say police found Martin's cellphone on the seventh floor of the garage with the video camera recording. When officers reviewed footage shot on the phone, they saw Martin "pointing the camera toward herself," according to St. Louis Metropolitan Police Department Detective Mark West. "She then turned the camera toward this defendant and he was shown on camera. They were arguing."

Jenkins told police that he and Martin were married on May 22 in Las Vegas, prosecutors say.

An Illinois Department of Corrections spokeswoman told the Post-Dispatch that Jenkins had worked for the agency since June 2010, while Martin had worked there since March 2017.

Police say they are investigating to determine whether Jenkins should face additional charges.