Sam, 30, wrote after England’s opening game against Scotland: “Has there ever been a more beautiful and competent presenting and punditry team? Girl power.”

Idiot trolls said she was demeaning the women’s game. Sam replied: “My tweet was about them being beautiful and competent.

“I still fail to understand why I shouldn’t have said they were beautiful when the two are mutually exclusive?” 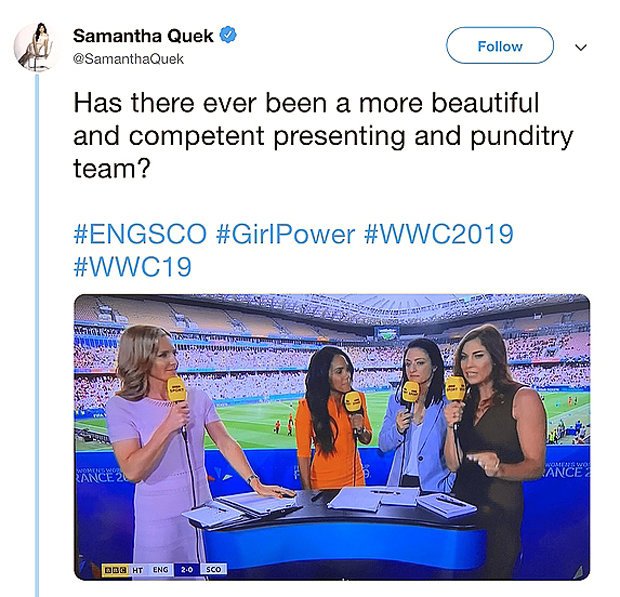 Pundit Alex posted a clip showing ex-footballer Dion Dublin on the panel during a previous match.

BBC Match Of The Day presenter Gary Lineker, 58, described the record viewing figures for England’s 2-1 victory over Scotland as “brilliant”.

Philip Bernie, Head of TV, BBC Sport, said: “The much anticipated clash of the home nations, England v Scotland on BBC One yesterday, didn’t disappoint and attracted a record-breaking peak viewing figure for women’s football in the UK.

“We are very pleased with how the event, and our coverage, has begun.”