MAIDENHEAD, England (Reuters) – Stepping over long-dead bodies of frozen climbers as he sought to reach the summit of Everest was something for which Nick Hollis was mentally prepared. But even this seasoned mountaineer could not have imagined there would be so many fresh ones.

The 45-year-old British climber has just conquered Everest and completed all Seven Summits of the world – putting him into an elite group of around 500 people globally who have scaled the highest mountains on all seven continents.

His final summit – the 8,850-meter (29,035-foot) peak of Everest in the Himalayas – was made “much tougher than expected”, partly due to the presence of too many slow and inexperienced climbers, perilous to themselves and others.

Nepalese officials say 11 people have died on Everest this season – nine on the Nepali side and two on the Tibetan side, making this the deadliest season since 2015.

“What I hadn’t expected to see was so many bodies of climbers who’d died either that day or the day before,” Hollis said in an interview at his home in southern England.

“It’s no exaggeration to say you are walking over bodies.”

That death toll – coupled with photos seen around the world depicting queues of climbers inching their way up Everest’s south ridge – have raised concerns that authorities are issuing too many summit permits, and that inexperienced mountaineers are being encouraged to undertake the dangerous climb by unscrupulous guiding companies.

The Nepalese government issued a record 381 permits this year, each costing $11,000. With essential Sherpas and guides adding to the numbers, this meant there were more than 800 people trying to reach the summit in a year when the so-called “weather window” was a narrow few days in late May. 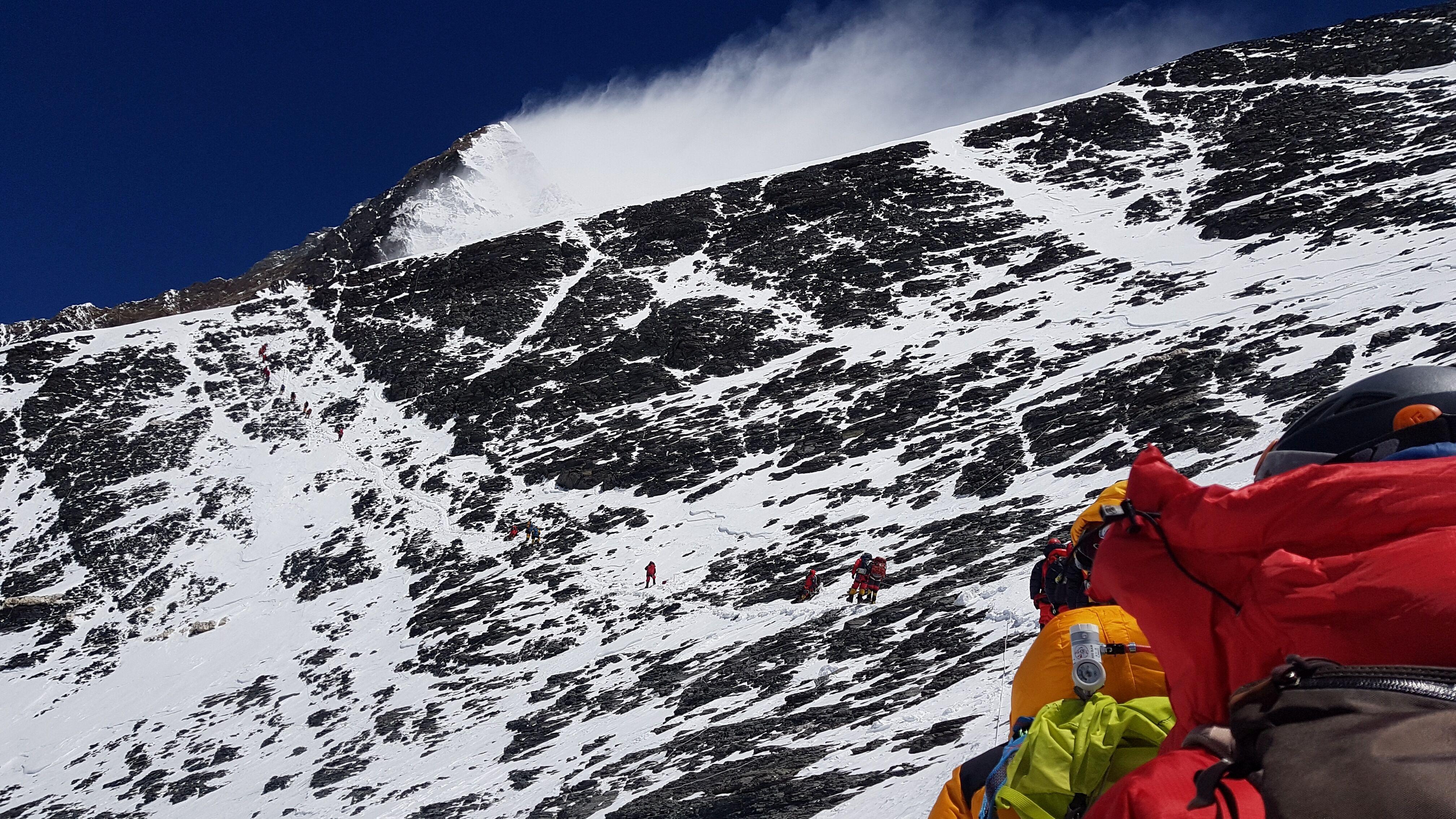 Hollis, who reached the summit at dawn on May 21, says the traffic problems were down to several factors, including poor weather and large numbers of people.

But most dangerous, in his view, is the growing count of “incompetent climbers” who move very slowly through technical sections of the route, creating bottlenecks and long delays.

“The landscape on Everest has changed,” he said. “And things seem to have come to a head this year.”

He describes the “utterly remarkable” sight of people at Base Camp, who plan to attempt the summit, yet don’t have basic climbing skills such as how to use crampons or secure a harness.

“When the going gets tough…they become very slow and they’re unable to get through the obstacles and the more technical sections. That’s what creates the bottlenecks.”

With oxygen supplies limited, delays can be deadly.

Hollis and his sherpa guide, Pemba Tshering – a man he credits with keeping him alive through snow-blindness and several “terrifying” problems with his oxygen tank – decided to go for the summit a day early, risking adverse weather to avoid potential crowds. 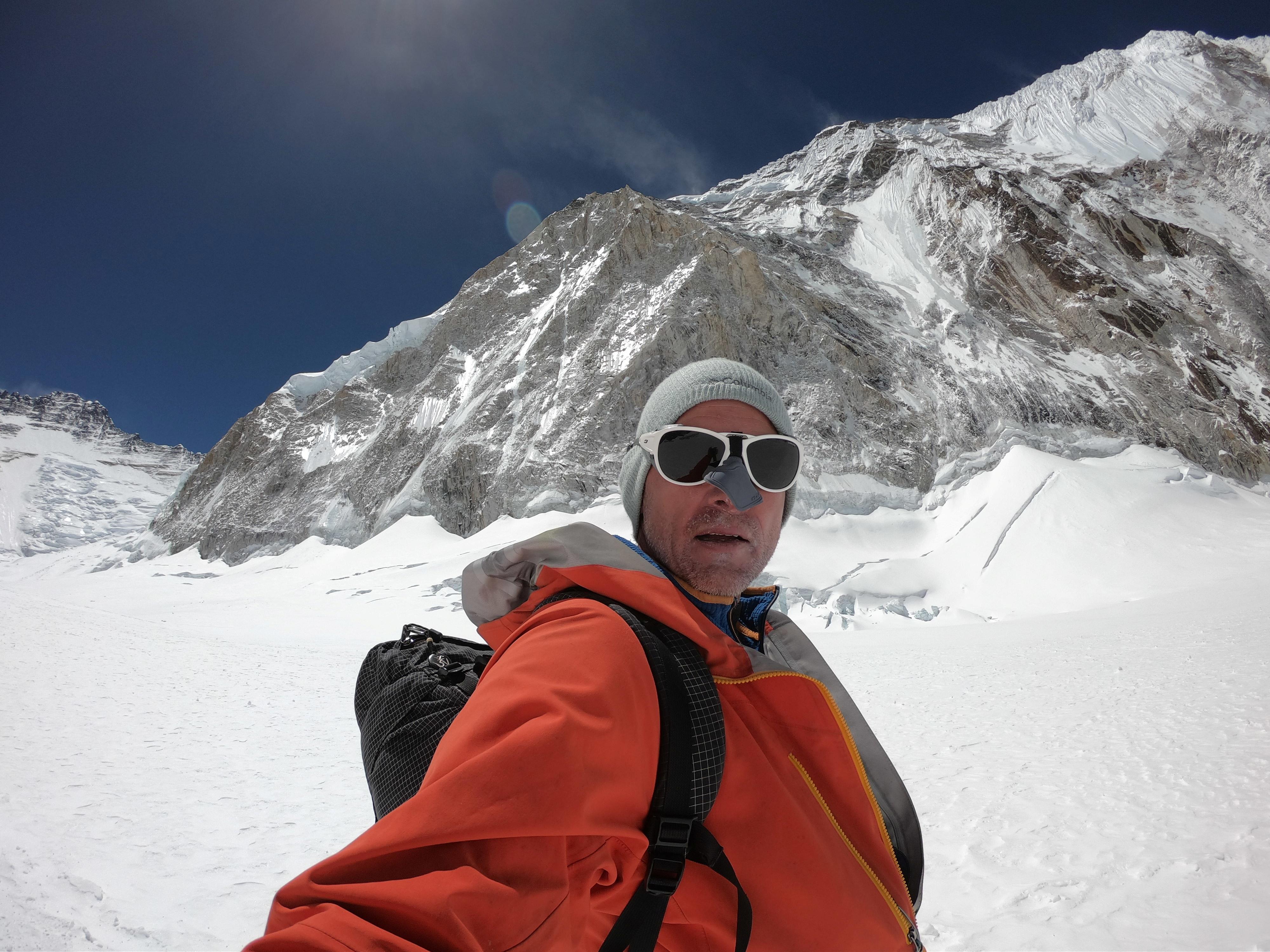 As a result, they faced high winds and ice-crystal blasts and had to break path through fresh snow and ice covering the fixed lines to the summit.

Simply cutting permit numbers is unlikely to solve the problem, Hollis said. As he puts it: “If you were to restrict the number of permits down to say 200, you could still have 100 incompetent climbers within that mix.”

Much better, he said, would be a screening process. “You’d need to provide a climbing CV … with a certain level of experience before you’re able to set foot on the mountain.”