One of the oldest steam engines in the world has been winched over the rooftops of Whitstable today as it returned to the town 189 years after it first arrived.

The Invicta steam engine was lifted into the Whitstable Community Museum and Gallery from its current home in Canterbury.

The ninth oldest surviving locomotive hauled its first train on the Canterbury and Whitstable Railway in 1830 and remained in active service until 1839. 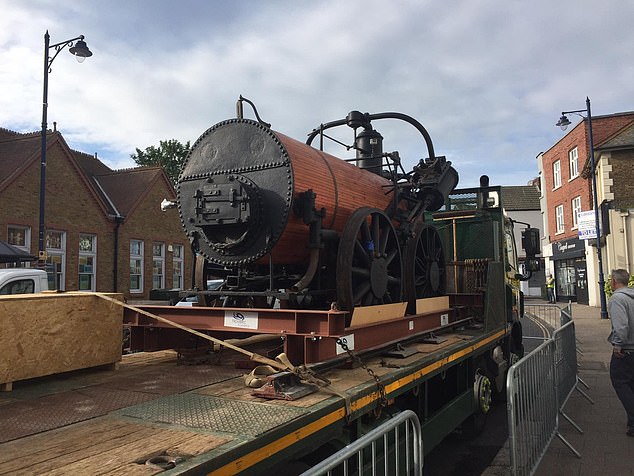 The historic Invicta locomotive has been taken to a new home at the Whitstable Community Museum today. The steam engine, which was in service in 1830, was the first to operate a regular timetabled passenger service 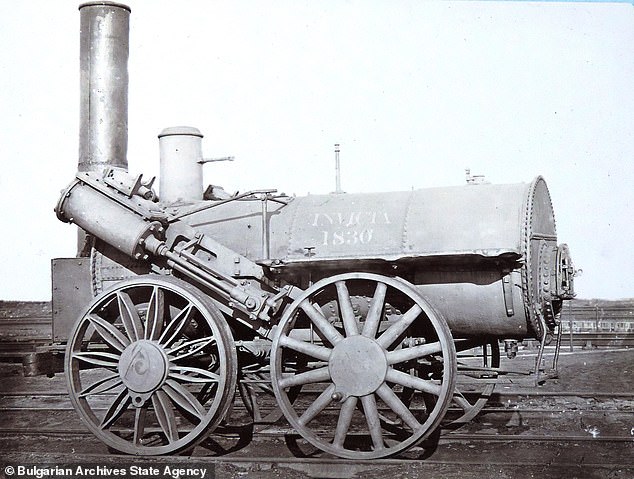 The locomotive has played a significant part in rail history and is the longest-preserved steam engine after it was taken out of service in 1839. It was the first locomotive on the Canterbury-Whitstable line which was known as the Crab and Winkle 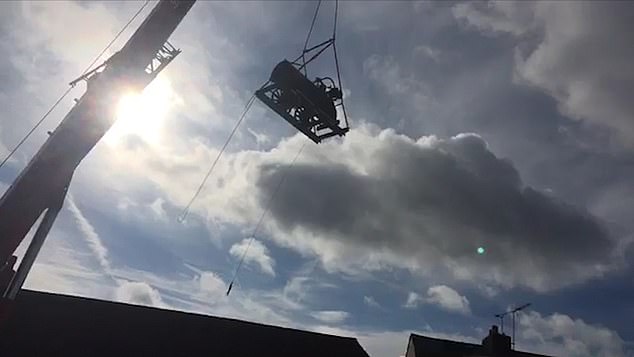 The six-tonne engine was lifted above the rooftops of Whitstable as it moved from seven miles away in Canterbury to its new home. The relocation cost £70,000 and took months of planning

The steam engine played a significant role in locomotive history, being the first in the world to haul a regular timetabled passenger service and the first to be actively restored.

Invicta, the first steam engine to operate in the South-East, was built by Robert Stephenson and Company in Newcastle and was the first steam-powered passenger service on the colloquially-known Crab and Winkle Line.

The line on the Kent coast, which opened in 1825, is one of the oldest in Britain and is believed to be the first to transport passengers in steam-hauled trains.

The six-tonne locomotive will be on permanent display at the museum and a £70,000 plan was in place to ensure its safe arrival, according to Kent Online.

A stationary beam engine, one of the few remaining stationary winding engines in the world, was also lifted into the museum and will be on display alongside the famous Invicta.

The locomotive’s name comes from the motto of the flag of Kent and means undefeated in Latin.

It is believed to have been designed by Robert Stephenson, the only son of George, ‘the Father of Railways’, who was a pioneer of the Industrial Revolution. 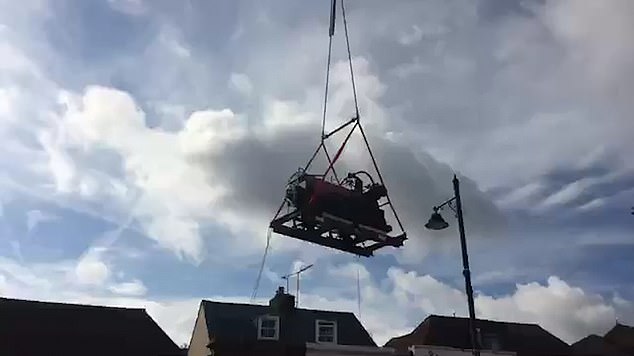 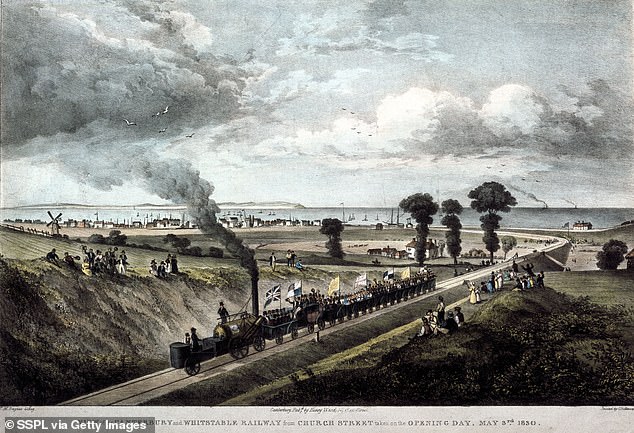 Invicta hauled passengers on the opening day of the Crab and Winkle Line in 1830 (pictured) and Robert Stephenson, the son of pioneer George and the designer of the locomotive, was in attendance. Isambard Kingdom Brunel later visited the line to test on the incline for his proposal for a tunnel on the Great Western Railway

Invicta has many similarities to the Stephenson’s Rocket that became famous after winning the Rainhill Trials held by the Liverpool and Manchester Railway and was also completed in 1829 in the same Newcastle factory.

Both of the historic engines have inclined cylinders on the sides of the boiler but Invicta was the first with coupling rods to drive the rear wheels.

It was built for £635 and hauled the first train of the Crab and Winkle Line into Whitstable Harbour Station. 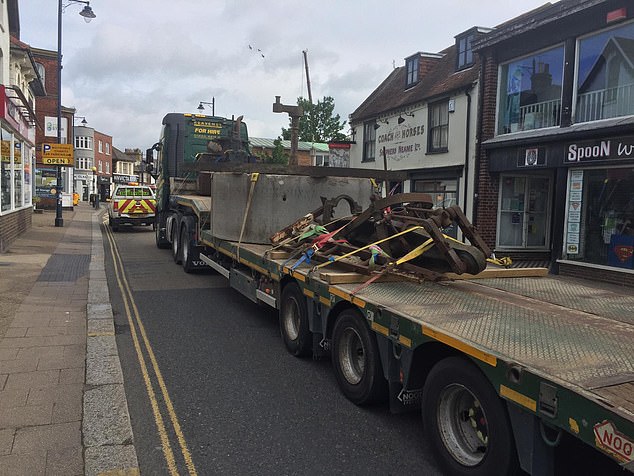 A stationary beam engine, one of the few remaining stationary winding engines in the world, was also lifted into the museum today 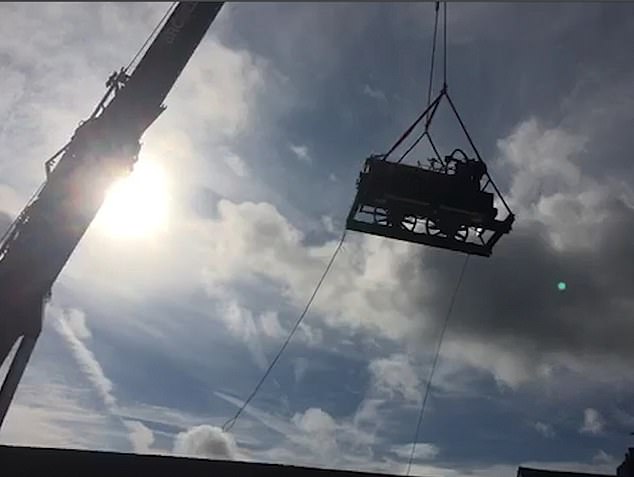 Invicta has many similarities to the Stephenson’s Rocket that became famous after winning the Rainhill Trials held by the Liverpool and Manchester Railway. The two locomotives were built in the same year in the same factory in Newcastle

Invicta was the only locomotive used on the line at the time and Robert Stephenson was in attendance on the opening day, and was guest of honour at a dinner held in Canterbury.

It was taken out of service in 1839 as stationary engines were preferred for the line, and Invicta became the first locomotive to be preserved.

The relocation from the Canterbury Heritage Museum to the Whitstable Community Museum will see the temporary removal of the windows and doors of its current home seven miles away. 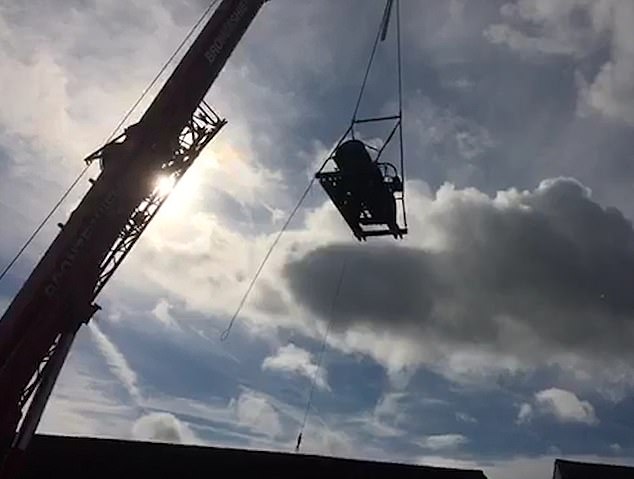 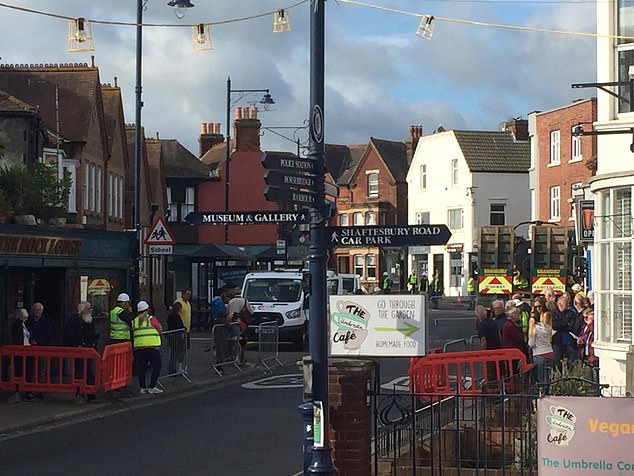 Invicta’s chimney and smokebox were also dismantled and Whitstable’s high street was closed off as it was lifted by a crane over the roof of the museum.

Brian Hitcham, chair of the museum trust, said: ‘June 16 will be a day of great celebration in Whitstable.

‘Not only by the team of 70 volunteers who run the museum and who have worked tirelessly over the last few years in their efforts to make this happen, but also by the people of Whitstable who have shown their support and offered encouragement throughout.’

The official launch and celebration will take place on July 18.