Berlin: A grilling by Hamburg lawmakers of German Chancellor Olaf Scholz over his handling of a multibillion-euro tax fraud when he served as the city’s mayor ended in a stalemate on Friday.

Scholz denied any impropriety while opposition lawmakers accused him of obfuscating the truth.

Although the 3-1/2-hour hearing yielded no new insights into the “cum-ex” scandal, the fact the case is dragging on threatens to undermine the chancellor, who is struggling to hold his fractious coalition together in the face of public discontent over soaring energy costs. 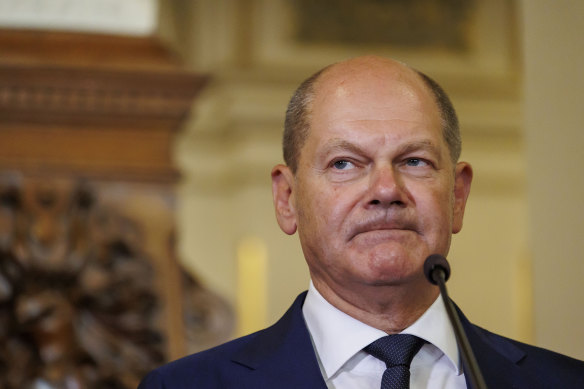 In the scheme of “cum-ex,” or dividend stripping, banks and investors would swiftly trade shares of companies around their dividend payout day, blurring stock ownership and allowing multiple parties to falsely reclaim tax rebates on dividends.

The loophole, now closed, took on a political dimension in the northern port of Hamburg due to authorities’ sluggishness in 2016 when Scholz was mayor in demanding repayment of millions of euros gained under the scheme by local bank Warburg.

Warburg, which plays a big role in Germany’s second-largest city, eventually paid its tax bill of around €50 million ($73 million) after the federal finance ministry intervened.

“I did not exert any influence on the Warburg tax case,” Scholz said on Friday during his second appearance in front of the Hamburg parliamentary committee of inquiry into the cum-ex affair, one of Germany’s biggest post-war corporate scandals. 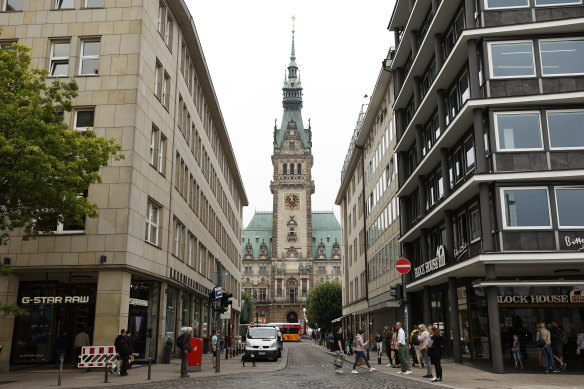 The city hall of Hamburg.Credit:Getty

“There is nowhere even the tiniest suggestion that I agreed anything,” he said, referring to dozens of other testimonies before the committee during 2-1/2 years of investigation.

Scholz again insisted he could not remember the content of the three meetings he had at the time with the Warburg chairman, adding that he met with representatives of other banks, too, as mayor.

“The chancellor, in effect, refused today to participate in the investigation,” said Richard Seelmaecker, representative of the opposition conservatives on the committee, quipping that Scholz should undergo hypnosis to recovery his lost memories.

“It all stinks to high heaven and simply cannot have happened without political influence,” Seelmaecker told broadcaster n-tv before the hearing.

Seelmaecker said Scholz could be called to testify before lawmakers for a third time as new findings from the investigation were just emerging.

The chancellor’s popularity is lagging that of his economy and foreign ministers, while just 58% of Germans think he is doing a good job compared to an average of around 70% for his predecessor, Angela Merkel, during her 16 years in office.

His Social Democratic Party (SPD) has slipped into third place in polls behind the opposition conservatives and junior coalition partners the Greens.

Finance Minister Christian Lindner, from the junior coalition party, the pro-business Free Democrats, which is also lagging in polls, lent the chancellor his support on Friday.

“I have always understood Olaf Scholz to be a person of integrity, whether I was in the opposition or as now in government – and I have no reason to doubt that now,” Lindner told the Rheinische Post newspaper.

Prominent Greens have kept quiet on the affair after criticising Scholz about it while in opposition.

Recent headlines that prosecutors probing the scheme in Hamburg discovered €200,000 in the safe of a local politician from Scholz’s ruling Social Democrats reignited suspicions of political intervention on the bank’s behalf.

Scholz has denied any knowledge of the cash or its origin and said he no longer has contact with the lawmaker involved. The lawmaker did not respond to a request for comment.

“I harbour the hope that conjectures and insinuations may stop,” Scholz said. “They lack any foundation.”

Gerhard Schick, director of watchdog Finance Watch Germany and a former Greens lawmaker in the federal Bundestag lower house of parliament, said he did not believe in Scholz’s forgetfulness.

“I think that is pretence and it hurts his credibility,” he said.

One of the prosecutors’ recent findings is a discrepancy between the many calendar entries of Hamburg authorities mentioning the Warburg bank and “cum-ex” and the few emails on the topic, Der Spiegel magazine wrote, citing the prosecutors report.

“This suggests a targeted deletion (of emails),” Spiegel cited the report as saying.