Italy’s birth rate has dropped to its lowest ever because of pandemic lockdowns, with the country set to lose a FIFTH of its population over 50 years

Italian women are having dramatically fewer babies than ever during the pandemic, accentuating one of the world’s lowest birth rates.

The low birth rate has prompted warnings that the country is set to lose a fifth of its population over the next 50 years.

The month of January 2021, 10 months after Italy’s draconian lockdown, marked the lowest birth rate ever – a 13.6 per cent decline over the same month a year earlier, translating to nearly 5,000 fewer births.

The country also saw significant drops in November and December 2020, meaning there was ‘little doubt about the role of the pandemic’ and that the trend appeared to be lasting, said the Italian statistics agency ISTAT in a new report. 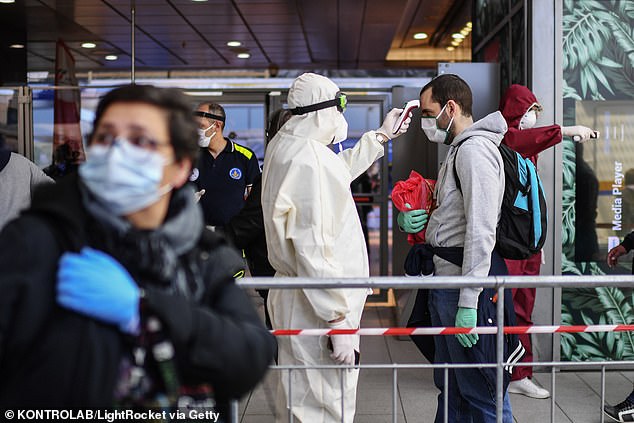 A doctor dressed in a protective suit checks the temperature of passengers as they line up arriving with a Frecciarossa high-speed train in Naples’ Central Station, southern Italy in May 2020 as the Italian government gradually eased lockdown restrictions

Gian Carlo Bliangiardo, the President of Istat, said the latest decline in birth rate could not be blamed entirely on the pandemic – though the steepest drop came about nine months after the 2020 lockdown.

‘We are in a period of emergency that has lasted a long time and that has made many couples think: ‘Let’s wait’,’ Bliangiardo told The Times, adding that scores of weddings had been postponed, which had impacted the birth rate as three quarters of Italians have children within marriage.

Istat also predicts that Italy could lose a fifth of its population over the next 50 years. The country’s population, which was recorded as 59.6 million in January 2020, could decline to 47.6 million in 2070 – marking a 20 per cent decline.

The statistics agency said that the data marked a ‘potential picture of crisis’ as there would be fewer residents, more older people and smaller families.

‘The age structure of the population already shows a high imbalance in favour of the older generations and there are currently no factors that might suggest a reversal of this trend,’ the report said. 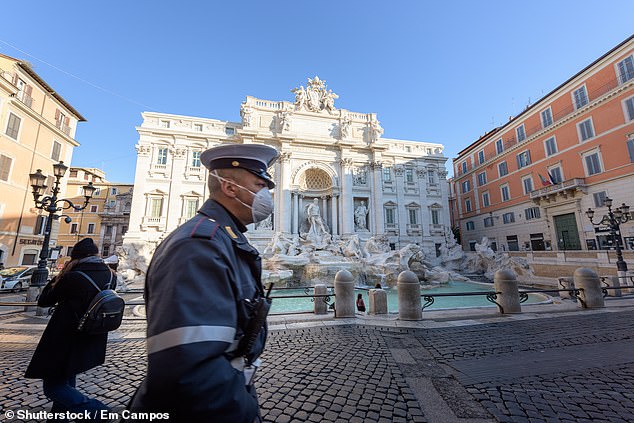 A police officer wearing a face mask walks across the deserted Trevi Fountain square on March 10, 2020 during Italy’s lockdown

Matteo Rizzolli, an economist, wrote in the Italian newspaper Domani that the ‘implications of this decline will be massive and will affect many sectors of the economy’.

Rizzolli pointed to how it would affect the housing market as a smaller population would need fewer homes. It would also see an increase in taxes to repay the country’s debt as well as labour shortages.

‘Our country seems incapable of taking seriously what is probably the most serious threat to its future. As if we were not on the edge of an abyss,’ he wrote.

But Bliangiardo told La Repubblica he had a more positive outlook for the future of Italy.

‘A country with fewer young people is not in itself a place where the quality of life worsens.

‘We will need to remodulate the organisation of society. And we, like Japan, will be among the first in the world to have to tackle the phenomenon.’