The Democratic nominee has a 10-point advantage over US President Donald Trump, according to opinion polls, but his lead in some key states is said to be slimmer. Mr Trump narrowly won Florida in his previous campaign in a result said to be buoyed by senior voters. But the latest polls suggest a shift away from the Republican after Mr Biden claimed the President saw seniors, who have been more at risk in the pandemic, as “expendable”.

The key battleground of COVID-19 shows two candidates with sharply different views on how to handle the crisis, but it’s not the only conflicting policy.

As the race to the White House heats up, an assessment from a top US official warns foreign powers will use “covert and overt influence measures” to try to sway US voters, singling out Russia, China and Iran.

Mr Biden has warned President Vladimir Putin that Russia would pay an “economic price” for interfering in US elections.

But the former Vice President may have already angered the Kremlin, after he previously referred to Mr Putin as a “dictator”. 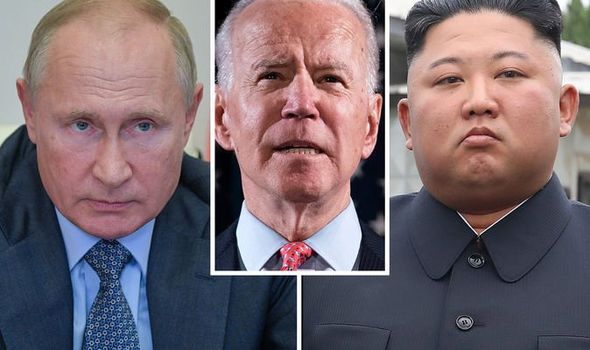 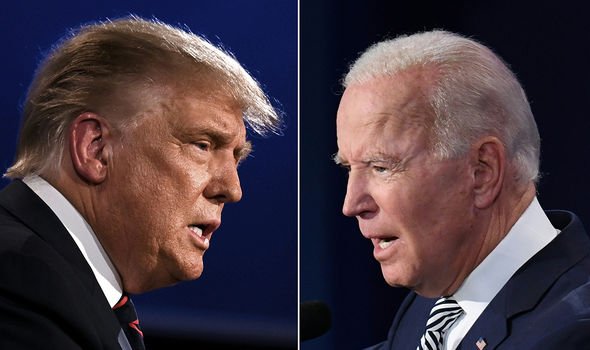 In his speech at the Democratic National Convention in 2016, Mr Biden used language reminiscent of the Cold War in arguing that Mr Trump was unsuited to be President.

He said: “We cannot elect a man who belittles our closest allies while embracing dictators like Vladimir Putin, a man who confuses bluster with strength.

“We simply cannot let that happen as Americans.”

In calling the Russian President a “dictator,” Mr Biden used a term rarely coined by the Obama administration, except when referring to Washington’s staunchest geopolitical foes.

It was also used in an advert in Mr Biden’s campaign last year condemning Mr Trump’s foreign policy on Russia. 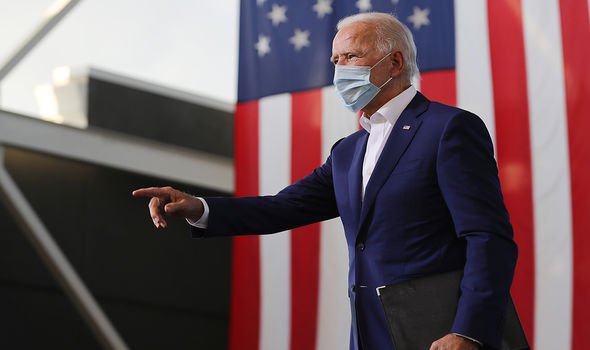 The ad said that “dictators and tyrants are praised, our allies pushed aside,” and featured an image of Mr Trump meeting Kim at their first summit in Singapore last year.

A White House official said in 2016 that Mr Biden’s description of Mr Putin did not reflect an official administration stance, though no official designation for “dictator” exists in legal or diplomatic proceedings.

Mr Earnest continued: “You’d be hard-pressed to draw a distinction between the word that Vice President Biden used and the language that was included in the State Department.”

In applying the term to Mr Putin, Mr Biden risked angering the leader of a country that, while often at odds with the US, has also been a key partner on issues like Iran’s denuclearisation and the fight against ISIS in Syria. 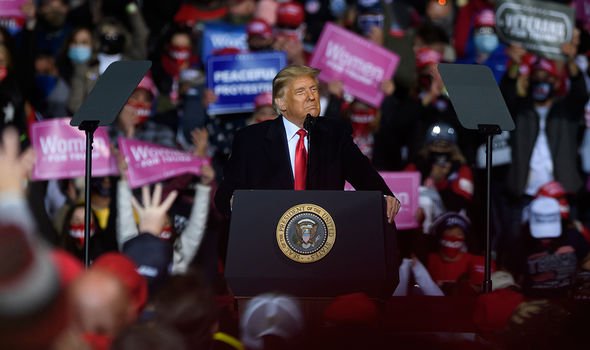 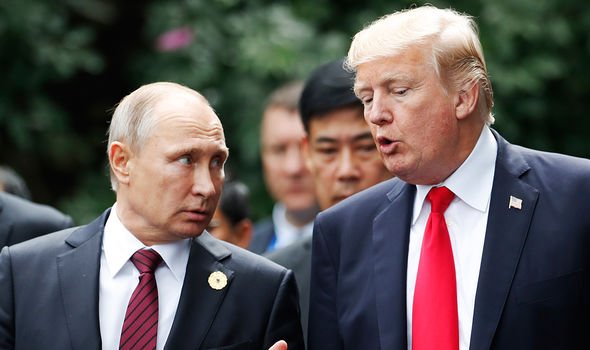 Despite that, US intelligence did indicate that Russia tried to sway the vote in favour of Mr Trump in 2016.

They highlighted meetings between his team and Russian officials, a cyberattack against Hillary Clinton’s presidential campaign, the targeting of state voter databases, and efforts to amplify false or partisan material online.

And they now fear history could repeat itself.

In his assessment, intended to be read by the American public, the head of the National Counterintelligence and Security Centre (NCSC) William Evanina said Russia was “using a range of measures to primarily denigrate former Vice President Biden”. 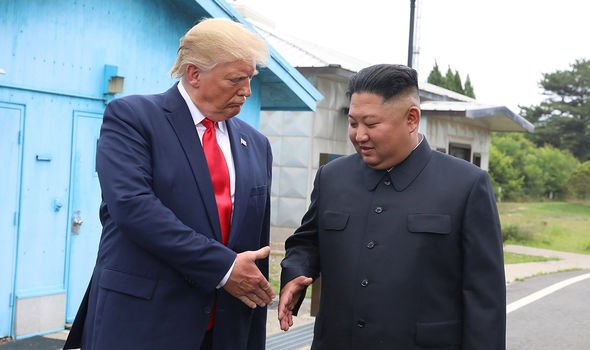 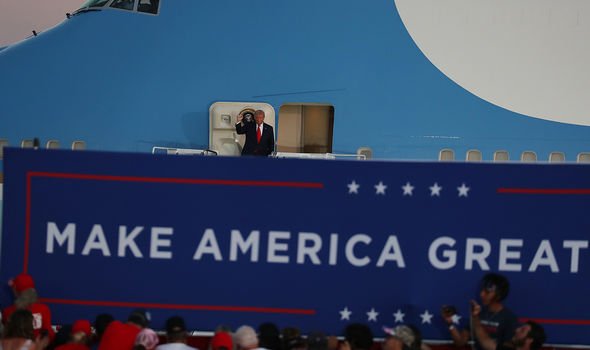 In the view of FBI director Christopher Wray, Russia has never stopped meddling, calling efforts in the 2018 congressional elections a “dress rehearsal for the big show in 2020”.

But Russia has constantly denied the claims and a Kremlin spokesman called accusations of meddling “paranoid announcements” that had “nothing to do with the truth”.

President Trump has also frequently downplayed allegations of Russian interference, putting him at odds with his own intelligence experts.

After a 2018 summit with Mr Putin, asked whether he believed the US intelligence community or the Russian president about the claims Mr Trump said: “President Putin says it’s not Russia. I don’t see any reason why it would be.”