Home » World News » Joe Biden vs Iran: How will Biden deal with Iran after Trump pulled out of nuclear deal?

Before Joe Biden is sworn in as President in January, the President-elect will be using this time to decide some of the key features of his presidency, both at home and on an international stage. President Donald Trump decided to remove the US from the Joint Comprehensive Plan of Action (JCPoA), the nuclear deal struck between Iran and several other nations in 2015. The nuclear deal with Iran and ongoing nuclear development in the nation will be a major issue under the next presidency, prompting speculation over how Mr Biden could respond to leaders in Tehran.

Under the nuclear accord, Iran agreed to limit its sensitive nuclear activities and to allow international inspections as part of a deal to get economic sanctions lifted.

However, it’s not been that straightforward and Iran’s parliament has instead passed a draft bill to boost uranium enrichment and to stop unannounced inspections of its nuclear sites by the International Atomic Energy Agency (IAEA).

Last month reports stated Iran’s enriched uranium stockpile is 12 times the limit set out in the deal, prompting nations to urge Iran to respect the terms of the 2015 deal – which Mr Trump pulled the USA from in 2018.

The incumbent President reintroduced sanctions targeting Iran and countries who trade with the nation.

However, the sanctions had significant consequences on the Iranian economy, devaluing the currency to record lows and quadrupling the annual inflation rate. 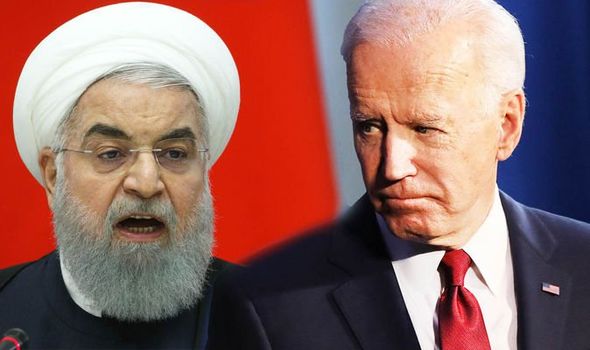 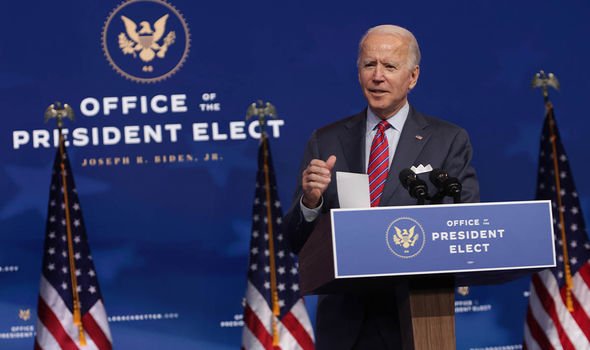 How will Biden deal with Iran regime after Trump pulled out of nuclear deal?

Mr Biden has signalled he will return the US to the nuclear agreement with Iran when he is President.

The President-elect has stated he still backs the Iran nuclear deal, which was negotiated under Barack Obama’s presidency while Mr Biden was serving as his vice-president.

It is likely Mr Biden will take steps to rejoin the US with the deal once he is in office, a move which has been welcomed by other nations involved in the deal. 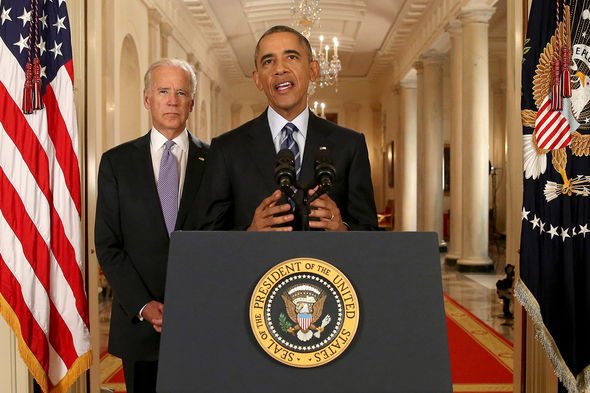 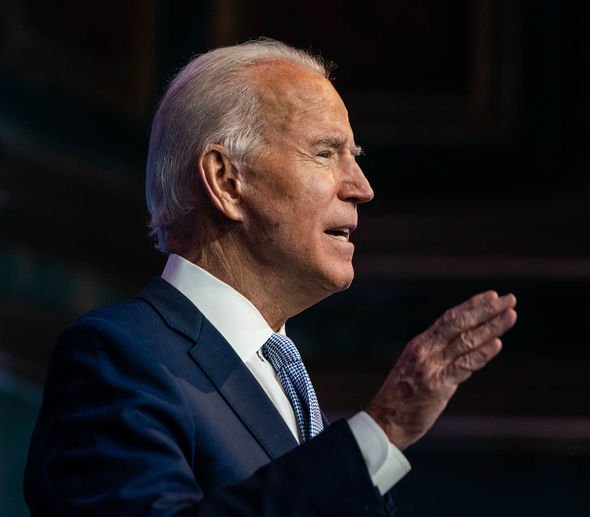 The E3 nations of France, Germany and the UK have joined forces to warn Iran that moves by the country to expand its nuclear programme are “deeply worrying”.

The nations have urged Iran to stick with the JCPoA, insisting it is the best way to keep Iran’s nuclear ambitions peaceful.

In a joint statement, the three governments said: “Iran’s recent announcement to the IAEA that it intends to install an additional three cascades of advanced centrifuges at the fuel enrichment plant in Natanz is contrary to the JCPoA and deeply worrying.

“Furthermore, we have taken note, with great concern, of the recent law passed by the Iranian parliament, which – if implemented – would substantially expand Iran’s nuclear programme and limit IAEA monitoring access. 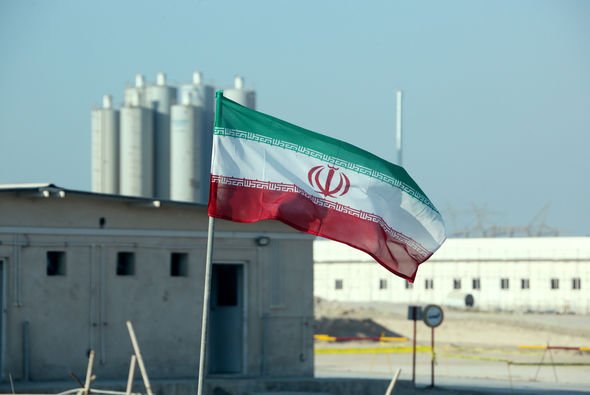 “The measures would be incompatible with the JCPoA and Iran’s wider nuclear commitments.

“If Iran is serious about preserving a space for diplomacy, it must not implement these steps.

“Such a move would jeopardise our shared efforts to preserve the JCPoA and risks compromising the important opportunity for a return to diplomacy with the incoming US administration.

“A return to the JCPoA would also be beneficial for Iran. We will address Iran’s non-compliance within the framework of the JCPoA.

“We welcome the statements by president-elect Biden on the JCPoA and a diplomatic path to address wider concerns with Iran. This is in all our interests.”

Germany has suggested recently a stronger deal may need to be reached with Iran due to the nation’s ballistic missile programme.

Reports suggest Mr Biden will consult with the US ally and Iran’s neighbour Saudi Arabia, about plans to return the US to the nuclear deal with Iran.