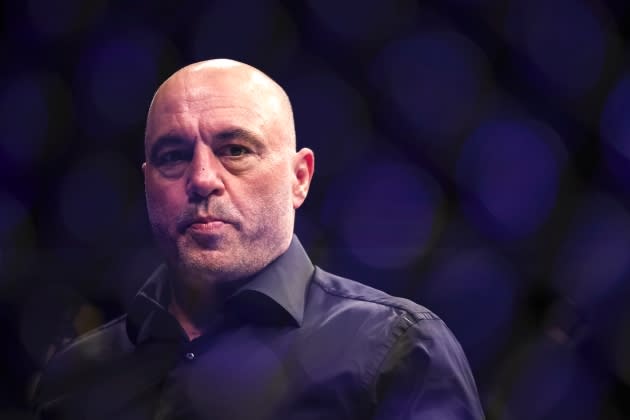 Joe Rogan pushed back against claims that he’s a “secret conservative,” saying on a recent episode of his Spotify podcast that Republicans’ opposition to gay marriage is one reason he’s not a conservative (via Mediaite). Chatting with comedian Andrew Schulz, Rogan defended gay marriage and slammed Republicans such as Ted Cruz for wanting to ban it. Rogan described himself as “a bleeding heart liberal” on several topics.

“It’s not just abortion rights, but now they’re going after gay marriage too, which is so strange to me,” Rogan said. “Gay marriage is not silly. It’s marriage — it’s marriage from people that are homosexual and it’s for them. It’s important. They want it. They want to affirm their love and their relationship. And the fact that they’re going after that now almost makes me feel like they want us to fight. They wanna divide us in the best way they can. And this is the best way for them to keep pulling off all the bullshit they’re doing behind the scenes is to get us to fight over things like gay marriage or get us to fight over things like abortion or it’s just like, why are you removing freedoms?”

“It’s so homophobic,” Rogan continued. “Because you’re saying there’s something wrong with being homosexual by saying that you are opposed to gay marriage. You’re saying you’re opposed to gay people…The fact that they’re going after that now, like that’s the kind of shit that keeps me from being a Republican. It’s only one of the kind of — there’s a bunch of shit that keeps you from being a Republican.”

“Like I was on welfare as a kid. I think it’s important. I think having a social safety net is crucial. We should help each other,” Rogen concluded. “We’re supposed to be one big community. I’m a bleeding heart liberal when it comes to a lot of shit.”

Rogan’s podcast, “The Joe Rogan Experience,” airs exclusively on Spotify. As Variety reported earlier this year, Rogan’s deal with Spotify is worth well over $200 million. Despite considering himself a “bleeding heart liberal,” Rogan has come under fire this year for perpetuating conspiracies about the COVID vaccine. Rogan also outraged Los Angeles’ unhoused advocates earlier this month after saying “just shoot the homeless.”