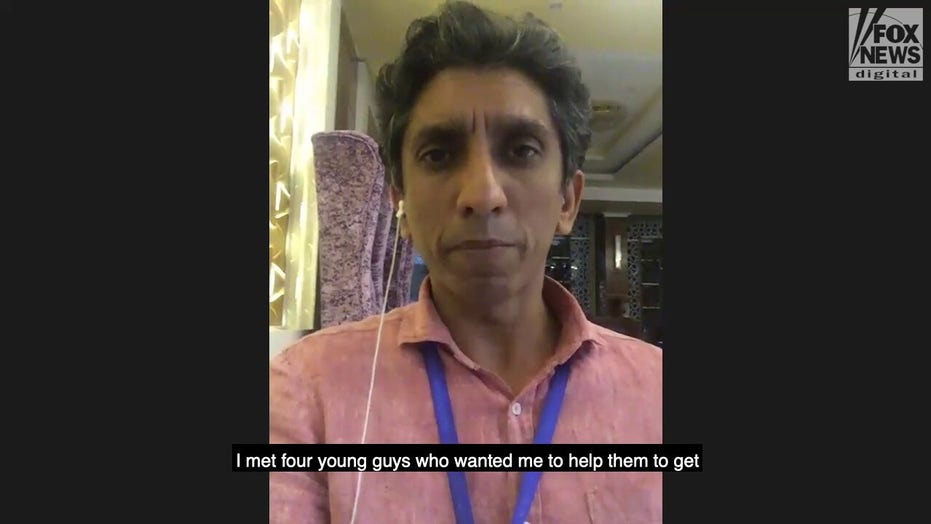 An eyewitness on the ground during Thursday’s terror attacks near the Kabul airport in Afghanistan told Fox News that many Afghans refused to leave the area despite the chaos out of desperation to escape the country.

An eyewitness on the ground during Thursday’s terror attacks near the Kabul airport told Fox News that many Afghans refused to leave the area despite the chaos out of desperation to escape the country.

“I saw a stampede,” Azaz Syed told Fox News in an interview. “Aerial shots were being fired by the Taliban. They wanted people to leave that area.”

“I saw women and children running and crying out of the airport area,” he continued. “The faces of men were faint.”

Two suicide bombers detonated explosives, one near the Abbey Gate at Hamid Karzai International Airport and one by the Baron Hotel. Following the attack at the Abbey Gate, ISIS-K gunmen opened fire on civilians and military forces, Gen. Kenneth McKenzie said in a press briefing.

The attacks killed 13 U.S. servicemen and at least 90 Afghans.

Not long after arriving, Syed heard the second explosion. The Taliban told people to leave quickly.

“They were very harsh to those people not leaving that particular area,” Syed, a Geo News Pakistan journalist, told Fox News.

He said many Afghans didn’t believe they’d have another opportunity.

“They see the security situation is getting worse with every passing day,” Syed said. The Afghans probably thought they might be able to find “some way to get into the airport.”

In the midst of the chaos, he told Fox News that people were still coming up to him asking if he could help get him into the airport.

“They are losing hope,” Syed said.

Syed, who authored “The Secrets of Pakistan’s War on Al-Qaeda,” told Fox News he felt that both the Taliban and America failed.

“America had the intelligence, America claims that they have the most advanced intelligence system, but why didn’t American policymakers assess that this would happen?” he said.

“Why did they give the date of Aug. 31?” Syed continued. “The basic responsibility lies on the U.S. government and policy makers who devised this policy.”

“Now the clouds of fear are prevailing the entire country,” he said.