If Russell Westbrook returns to the Los Angeles Lakers next season, he better be prepared to take fewer shots. The Lakers have told Westbrook they want him to be a defense-first player if he is back with the team for the 2022-23 NBA season.

Lakers vice president of basketball operations and general manager Rob Pelinka said he and new head coach Darvin Ham have spoken to Westbrook multiple times this offseason about his role.

Rob Pelinka says he and Davin Ham have had multiple meetings with Russell Westbrook and have been honest about Russ’ role on the team and that he needs to be a defense-first player. He says Westbrook has yet to make a final decision on his player option for the 2022-23 season.

Westbrook is coming off a down season with the Lakers. He struggled to find his shot all season, averaging 18.5 points per game, one of the lowest totals of his career.

Would Russell Westbrook really turn down his option with Lakers?

Westbrook has a decision to make this offseason. He can test the free-agent market or he can pick up an option to remain with the Lakers. That option is worth $47 million, so it should be an easy decision.

There’s been chatter about the Lakers trying to trade Westbrook, though his down year combined with his massive salary would make that difficult. If Westbrook opts in, and he likely will, the Lakers will have to find a way to get him back to being a productive player.

Is turning Westbrook into a defense-first player the right move? Westbrook isn’t regarded as a top-tier defender, but perhaps the Lakers think he can improve with the right amount of work.

Though he experienced a down year, Westbrook still has plenty of ability. If he can get things turned around, the Lakers would have a much better shot at contending for a championship. Turning Westbrook into a defense-first player is a risk, but the Lakers are desperate after what happened last season. 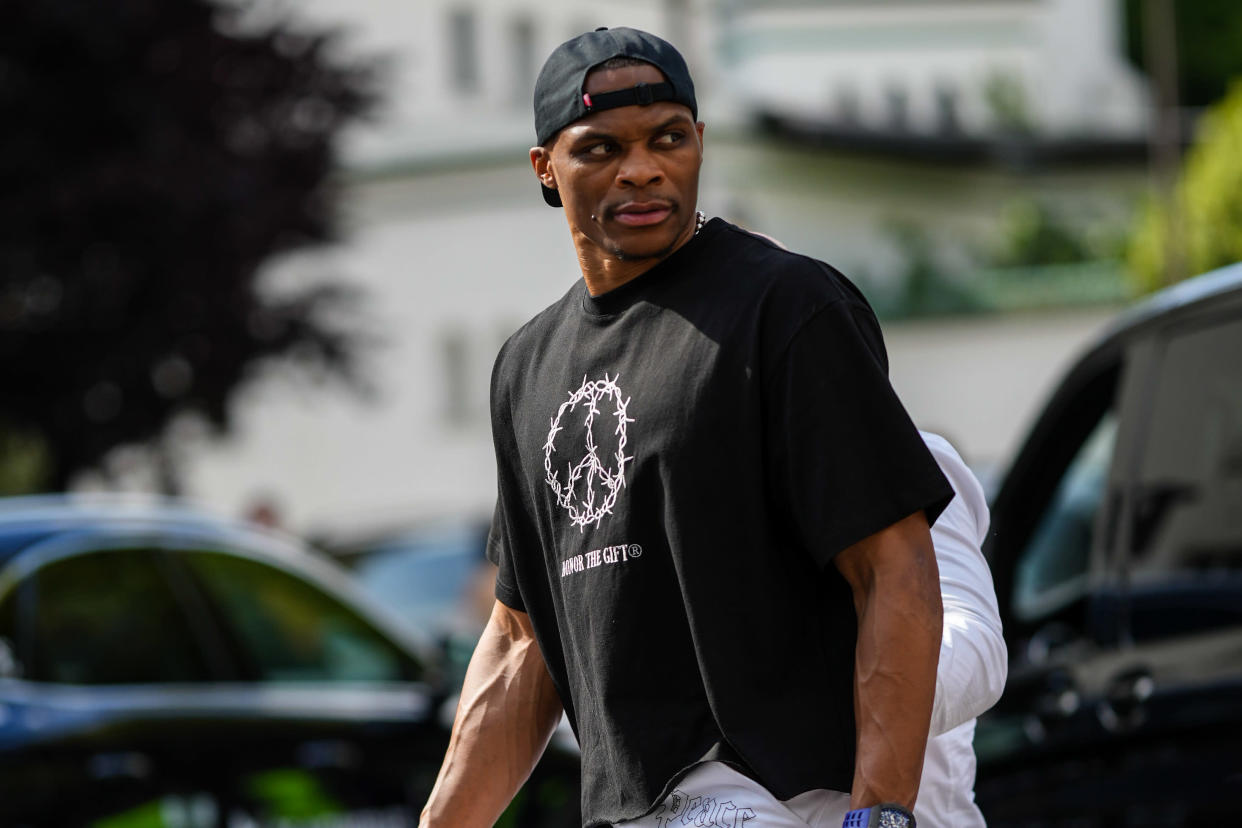