Home » World News » Last of the ‘Gorillas in the Mist’ is presumed dead, Poppy aged 43

The last of the ‘Gorillas in the Mist’ is presumed dead after the 43-year-old called Poppy has not been seen for almost a year.

The ape was born into American naturalist Dian Fossey’s conservationist camp for the species in Rwanda in 1976.

The gorillas of Rwanda’s Volcanoes National Park were immortalised in the award-winning 1988 film, ‘Gorillas in the Mist’ starring Sigourney Weaver as Fossey.

Fossey – who was brutally murdered in her jungle cabin in 1985 – described Poppy as a ‘little darling … winsome and appealing. She could do no wrong.’ 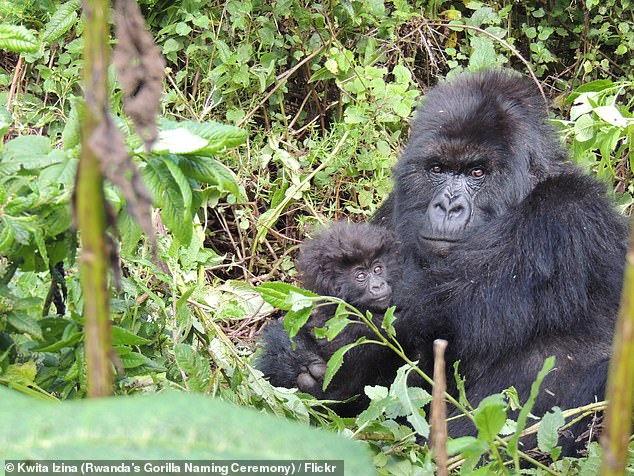 Poppy and her baby – she was born in 1976 into Dian Fossey’s conservationist camp and described by her as a ‘little darling … winsome and appealing. She could do no wrong’ 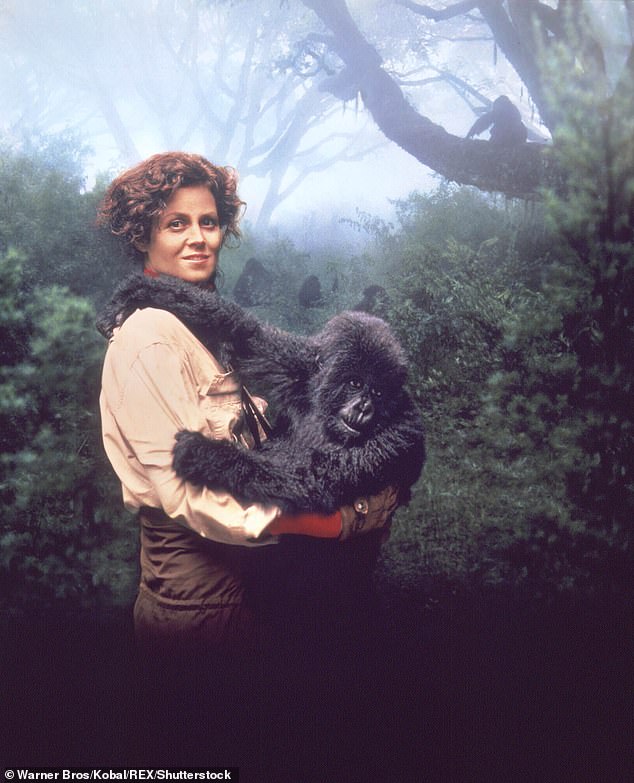 Fossey established the camp in 1967 in an effort to protect the dwindling gorilla population – reduced by the stray bullets of civil war and poaching.

Her magnificent legacy continues to this day and has helped protect the species from utter extinction.

The Fossey Fund said: ‘The Dian Fossey Gorilla Fund is sad to announce that Poppy, the last living gorilla featured by famed primatologist Dian Fossey in “Gorillas in the Mist,” is believed dead. She would have been 43 on April 1.

‘Poppy was born into Fossey’s Group 5 on April Fools’ Day in 1976. It was an auspicious birthday for the playful young gorilla, who was full of personality.’

The gorilla was a member of one of the mountain’s ‘royal families,’ her mother Effie was the legendary matriarch whose family spread throughout the national park.

Her other famous relatives include the silverbacks Cantsbee and Isabukuru, and her sister Maggie was Weaver’s favourite while filming ‘Gorillas in the Mist.’ 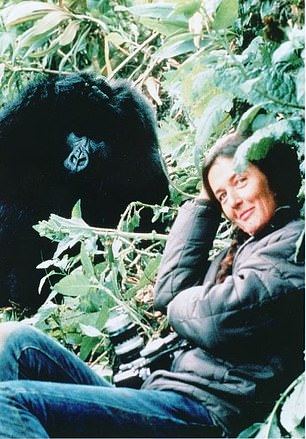 At 41, Poppy was also the oldest recorded gorilla to give birth and was studied by primatologists from her birth into her old age.

‘Being able to observe Poppy over so many stages of life gave researchers a wealth of knowledge,’ says Dr. Tara Stoinski, Fossey Fund President and CEO/Chief Scientific Officer.

‘She taught us so much about the rich social and reproductive lives of female gorillas, their dominance structure, and of course, their personalities.’

Much of the history of the gorilla’s life can be found in Fossey’s journals and she was one of her favourites.

Poppy had lived with Group 5 until November 1985, just a few weeks before Fossey was killed.

She later lived with the Susa Group for the next three decades while being monitored by the Rwandan Development Board.

Poppy was a dominant female and gave birth to thriving offspring and is survived by five of those gorillas, as well as her sister Mahane.

In December 1985, Fossey’s mutilated body was discovered at the Karisoke research centre after she was hacked to pieces with a machete.

Poachers have been suspected of her killing because of her fearless campaign of burning their houses, leading patrols, ordering her students to carry guns and putting bounties on poachers’ heads.