The independent inquiry into how and where the COVID-19 virus originated made its first report last week but the controversy around the issue continues.

A World Health Organisation expert panel, including Australian microbiologist Dominic Dwyer, which in February visited Wuhan where the virus was first identified more than a year ago, made no definitive finding.

But it said the virus most likely originated in bats and spread to humans via an intermediate animal such as pangolins or civets. 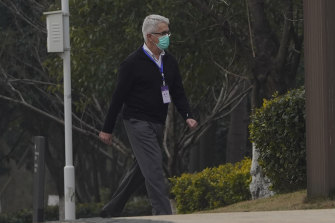 It said that the theory advanced by the Trump administration that the virus was released from the Wuhan Institute of Virology was “extremely unlikely”.

The findings are unsurprising but they have occasioned a reprise of the diplomatic tension last year when Australia took a lead role in calling for an inquiry.

After the report’s release, Australia, Britain, the US and 11 other countries expressed “concerns” about the WHO study trip to China and said they support “a transparent and independent analysis and evaluation, free from interference and undue influence”.

US Secretary of State Antony Blinken and the WHO went further and called on China to release raw data from the early stages of its outbreak.

Many US allies including New Zealand, Germany and France however chose not to sign the statement. On one hand, those countries could be accused of going soft on China.

China has been slow in providing information and giving access to the WHO. Its secretive system is partly to blame for the slow progress.

But this is not all China’s fault. The lack of trust can partly be explained by the Trump administration’s irresponsible claims about the Wuhan Institute of Virology, which prejudged the outcome of the inquiry and whipped up hostility against China even when it was struggling to contain its own pandemic.

It should be noted that the WHO panel was allowed access to the high security facility and spoke to the staff working there before the outbreak. If they did accidentally leak the virus, they had not been punished for it.

Despite the WHO finding, the claims were repeated by former US secretary of state Mike Pompeo in The Australian newspaper on Saturday. To be sure, China is also guilty of its own outrageous spin, claiming the virus spread to China on frozen food from somewhere else. The WHO says this is unlikely.

It is important to keep pushing for more research but speculation and political point-scoring about the origin of the virus will make the task scientists around the world face in working together to find answers even harder. It will also undermine cooperation on much more urgent problems where China and the rest of the world need to cooperate.

This could include distribution and approval of vaccines. A group of 25 countries, including France, Germany and Indonesia, last week also called for a global treaty to improve the early warning system for pandemics.

This is designed to prevent a repeat of the crucial delay of several weeks in early January last year when Chinese officials failed to give the WHO clear information about what was happening in Wuhan.

Some will argue it is useless to try to work with China on these issues. The Age however agrees with US President Joe Biden that the US and its allies should speak out clearly about our major differences with China but, in areas where our interests overlap, we should engage.

The US and Australian response to the WHO inquiry struck the right tone by encouraging China to share information without rekindling the finger pointing of last year.

Note from the Editor

The Age’s editor, Gay Alcorn, writes an exclusive newsletter for subscribers on the week’s most important stories and issues. Sign up here to receive it every Friday.